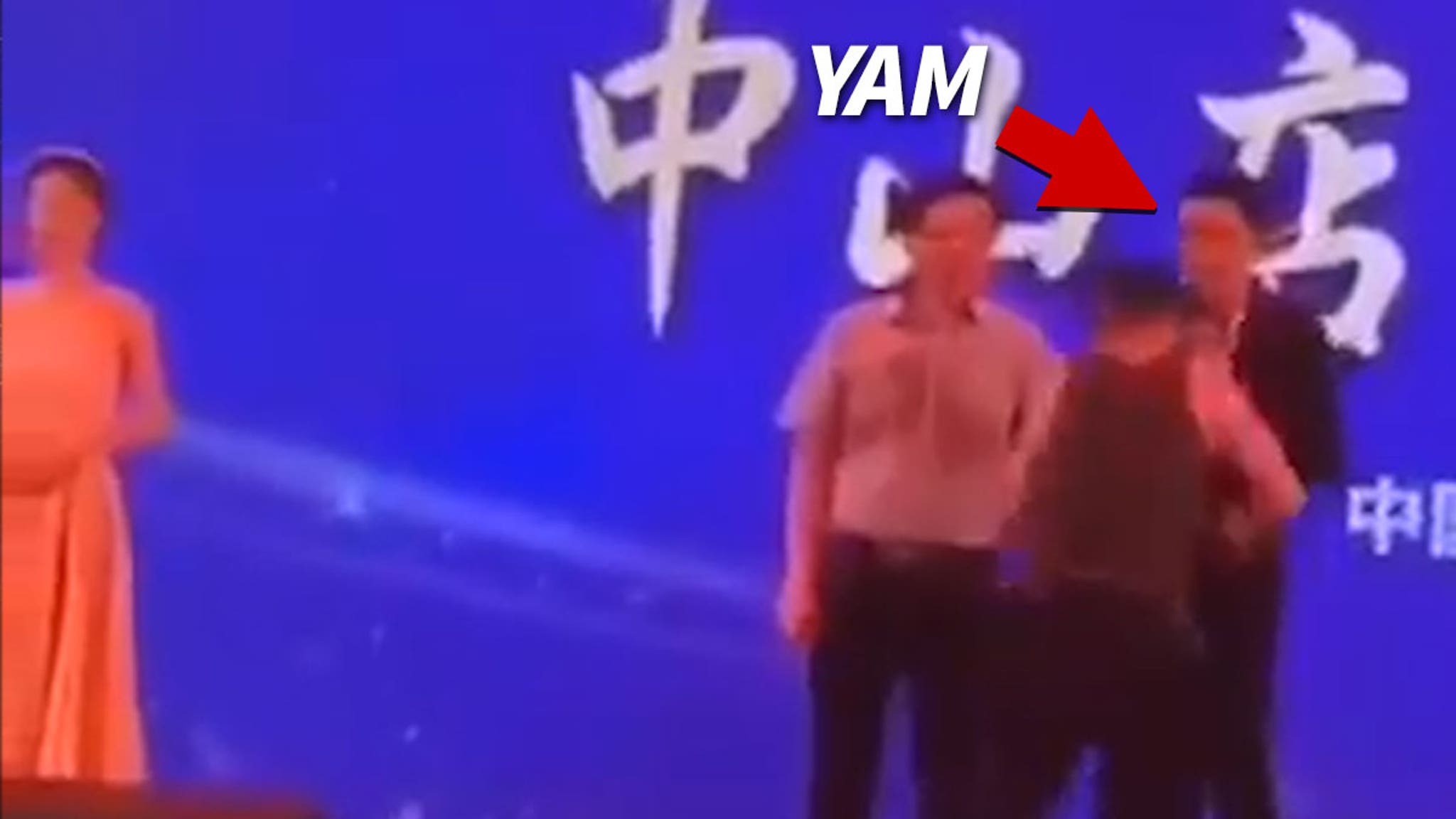 It was a shocking scene. An enormously popular Hong Kong actor who has a number of American movie credits — is in the hospital after a man jumped on stage and stabbed him … and the dramatic scene plays out on video.

Actor Simon Yam — who appeared in ‘Lara Croft: Tomb Raider’ — was onstage Saturday for the opening a new store in the southern province of China. He was speaking to the crowd when a man walked onstage, pulled out a knife from his pocket and lunged at Yam with the weapon, stabbing him in the abdomen. The assailant then follows up by slashing Yam and then trying to stab him a second time.

Security intervened and subdued the assailant, who was taken into custody.

64-year-old Yam, who also appeared in ‘The Cradle of Life’ starring Angelina Jolie, “Election,” “Exiled,” and many other movies, is recovering from abdomen wounds and wounds on his arm from the slashes.

The motive for the attack so far is unknown.