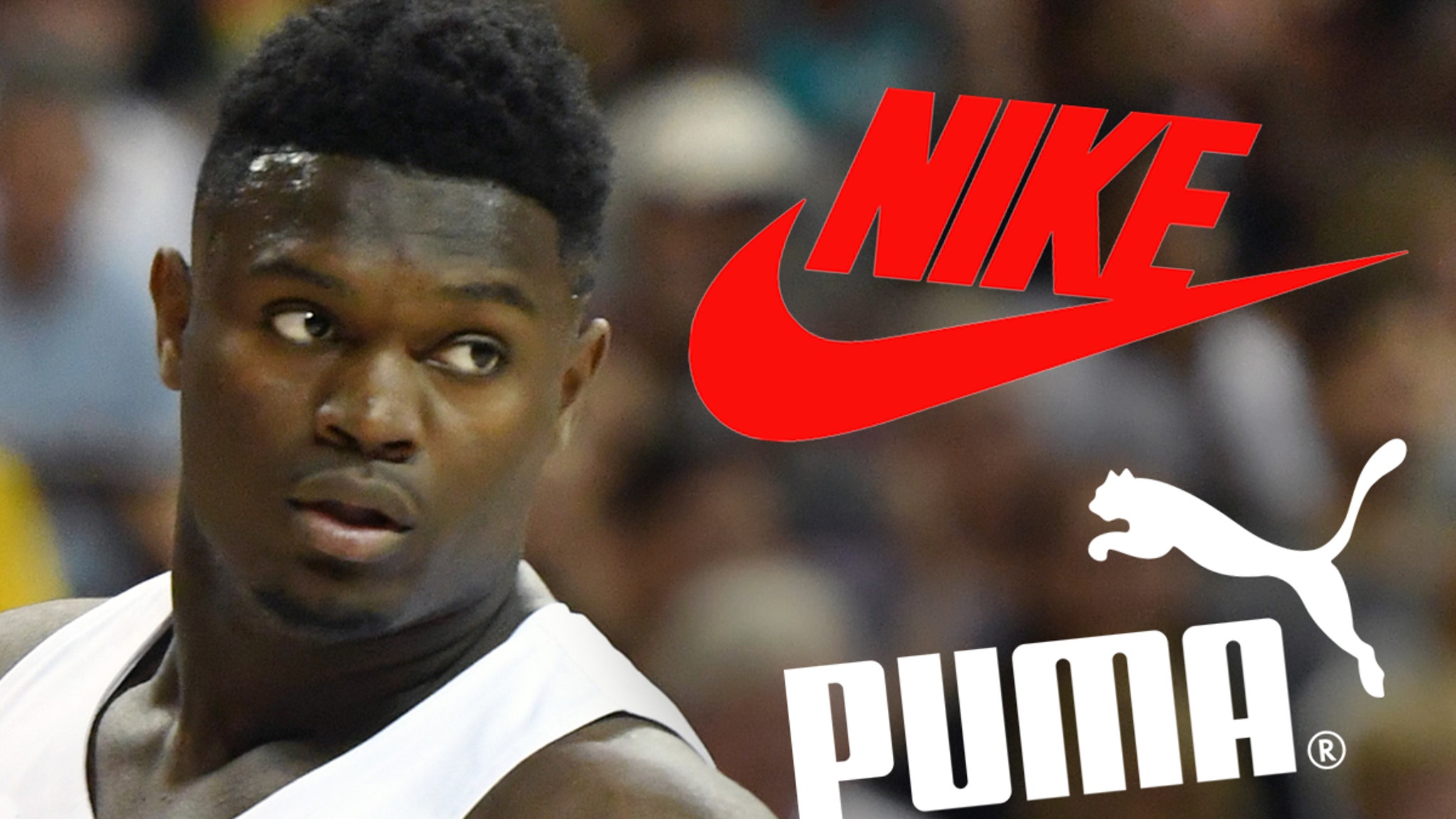 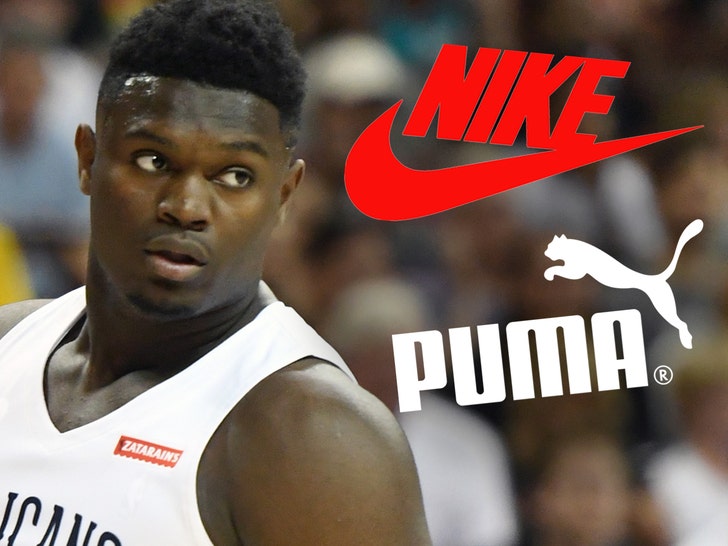 Zion Williamson has still NOT signed a shoe deal — despite being the most sought after NBA draft pick since LeBron James — and our sources say it’s all because of Puma.

Nike was believed to be the front-runner to sign Zion for months … with legendary former Nike exec Sonny Vaccaro telling us he thinks Zion’s deal could hit the 9-figure mark.

And, with Zion rocking Nikes in college, in pre-draft workouts and in some NBA Summer league games … it seemed like it was just a matter of time before Zion signed with the Swoosh.

But, we’re told Puma — which has made a serious push in the basketball shoe space in recent years — has come out of nowhere to become a major contender to sign the NBA’s #1 overall pick.

Puma already has rising stars Marvin Bagley III and DeAndre Ayton on its roster — the first 2 picks from the 2018 NBA Draft.

And, get this … Zion rocked a pair of Puma RS-0 “Video Game” kicks during a Summer league game earlier this month, and our sources tell us that’s no coincidence. 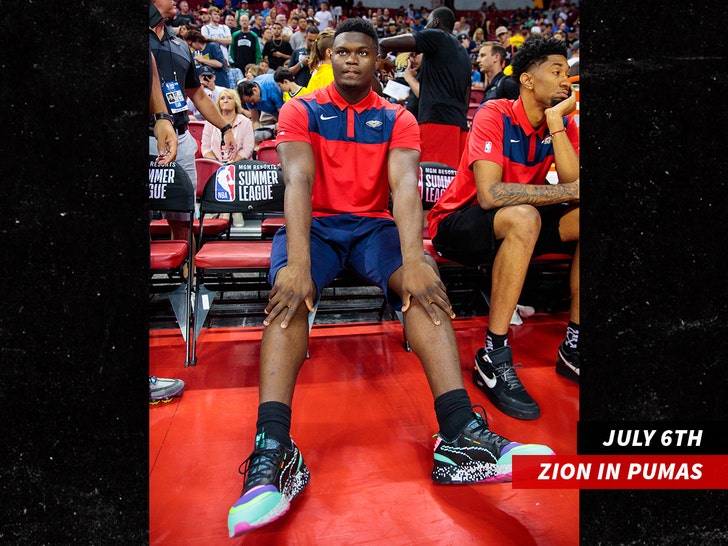 We’re told Nike is aware of the competition and is making a hard push to get a deal done with Williamson first. As one source puts it, “He’s the #1 priority.”

Remember, Zion did have one bad experience with Nike in college … when his Nike PG 2.5s blew out during the opening seconds of the Duke vs. North Carolina game.

Fun Fact: The shoes were never seen in public again after that incident … and Ken Goldin from Goldin Auction told us he thinks the kicks could be the most valuable collegiate sneakers of all time … worth more than $250,000 if they ever hit the auction block!!!

The NBA season kicks off in October and whatever brand signs Zion is going to want him to wear their sneaker on opening day … so, ticktock.