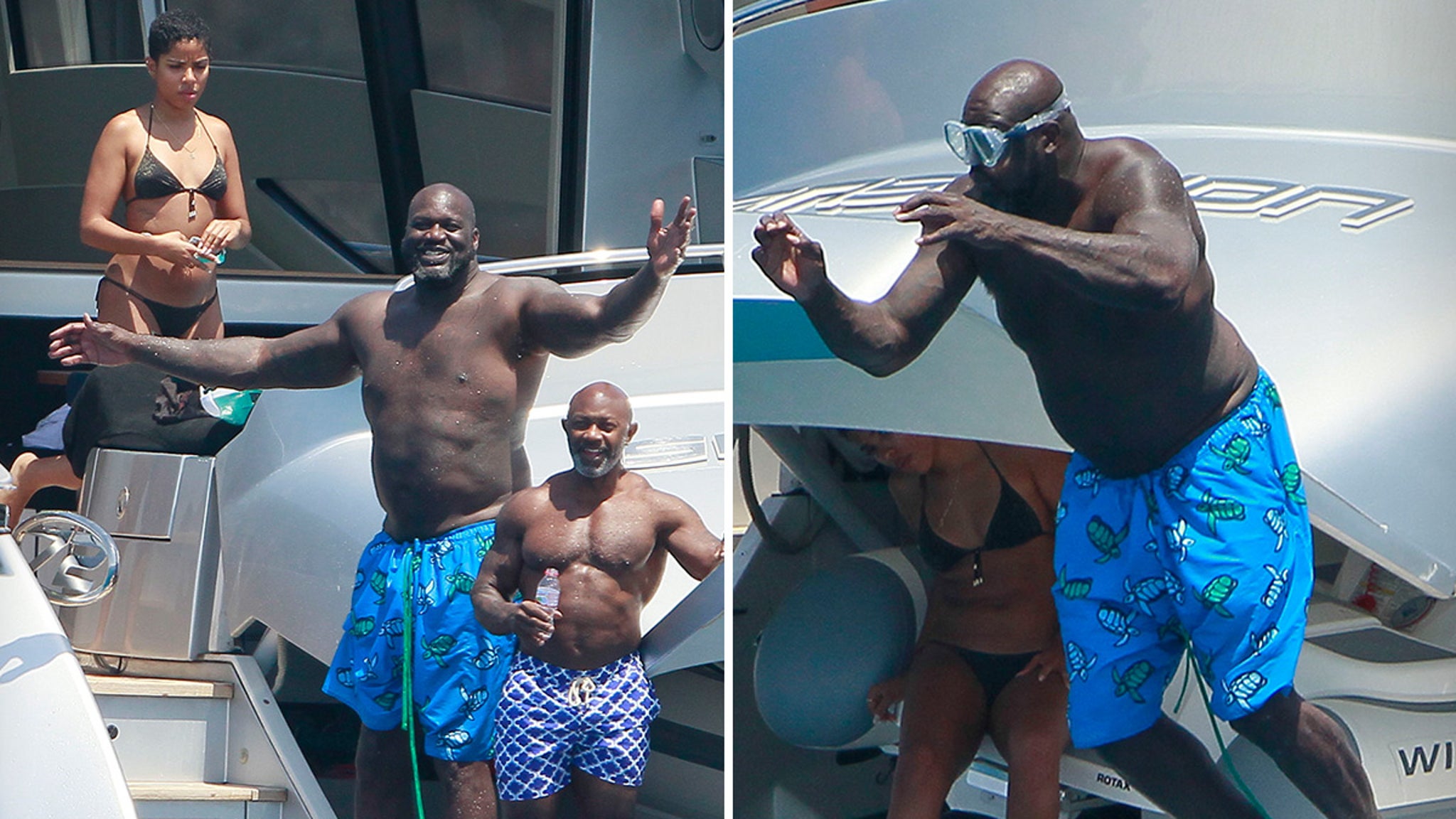 After wrapping up a few DJ performances in Europe, NBA legend Shaquille O’Neal decided to relax a bit on a big, ass yacht off the coast of Formentera, Spain.

The pics are great … look at Shaq DWARF the regular-sized people on the ship!

Also, weird that he’s diving into the water with his shoes on, right!?!

Of course, 47-year-old Shaq recently took his DJ skills to the Tomorrowland Festival in Belgium where he was spotted raging with the crowd after his set. He then jetted over to Croatia to perform at the POW WOW Festival at the Noa Beach Club on Monday.

He might not be playing in the NBA anymore, but Shaq works pretty damn hard during basketball season … hosting “Inside the NBA” every week with his pals, Kenny Smith and Charles Barkley.