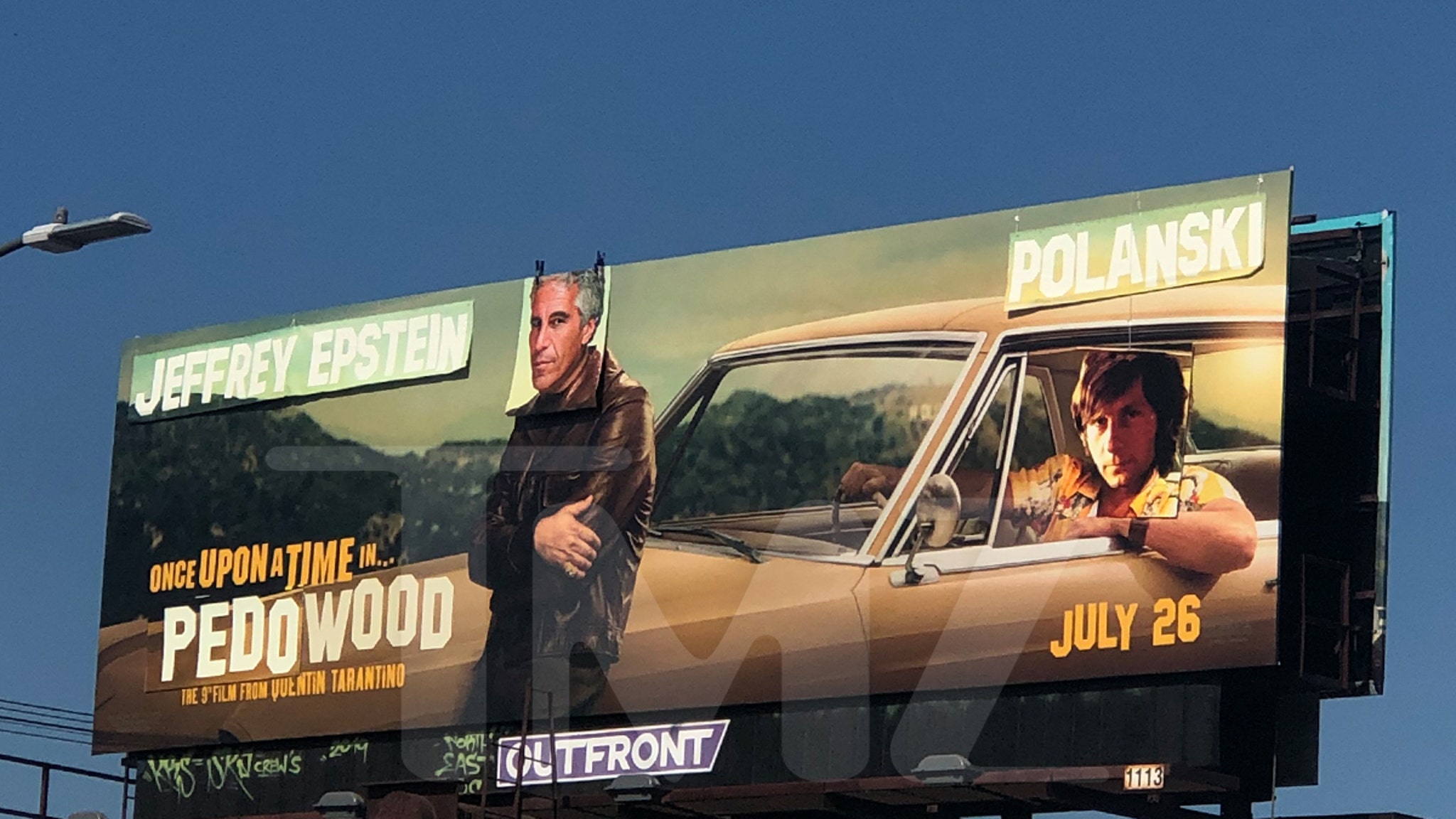 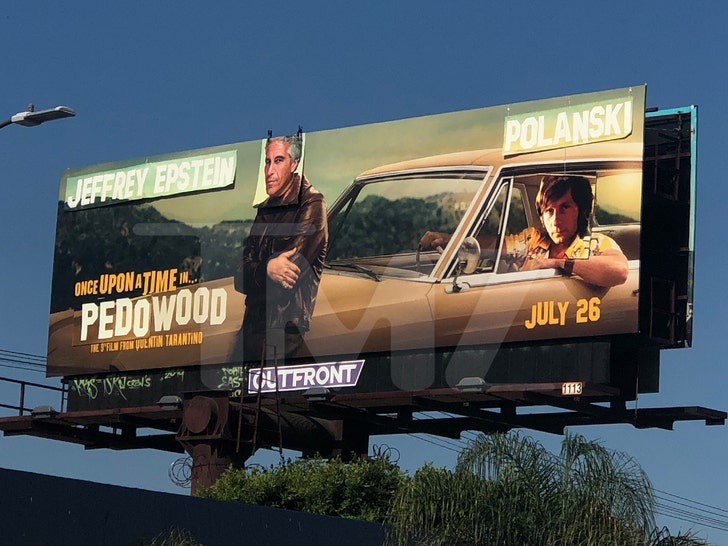 Quentin Tarantino may have just gotten an idea for a sequel.

Somebody went and messed around with a “Once Upon a Time in Hollywood” billboard in Los Angeles Friday — on the day of the movie’s release — by replacing Brad Pitt and Leonardo DiCaprio‘s face with accused pedophiles Jeffrey Epstein and Roman Polanski.

The vandal retitled the flick — “Once Upon a Time in Pedowood.”

Epstein — a registered sex offender — is currently locked up in a Manhattan federal jail for sex trafficking for allegedly exploiting a multitude of underage girls in the early 2000s.

Polanski — who directed films like “Chinatown” and “The Pianist” — remains a fugitive from justice in Europe for raping a 13-year-old girl 40 years ago in the U.S.

We’re no film critics, but the duo would likely not make for good box office draw.