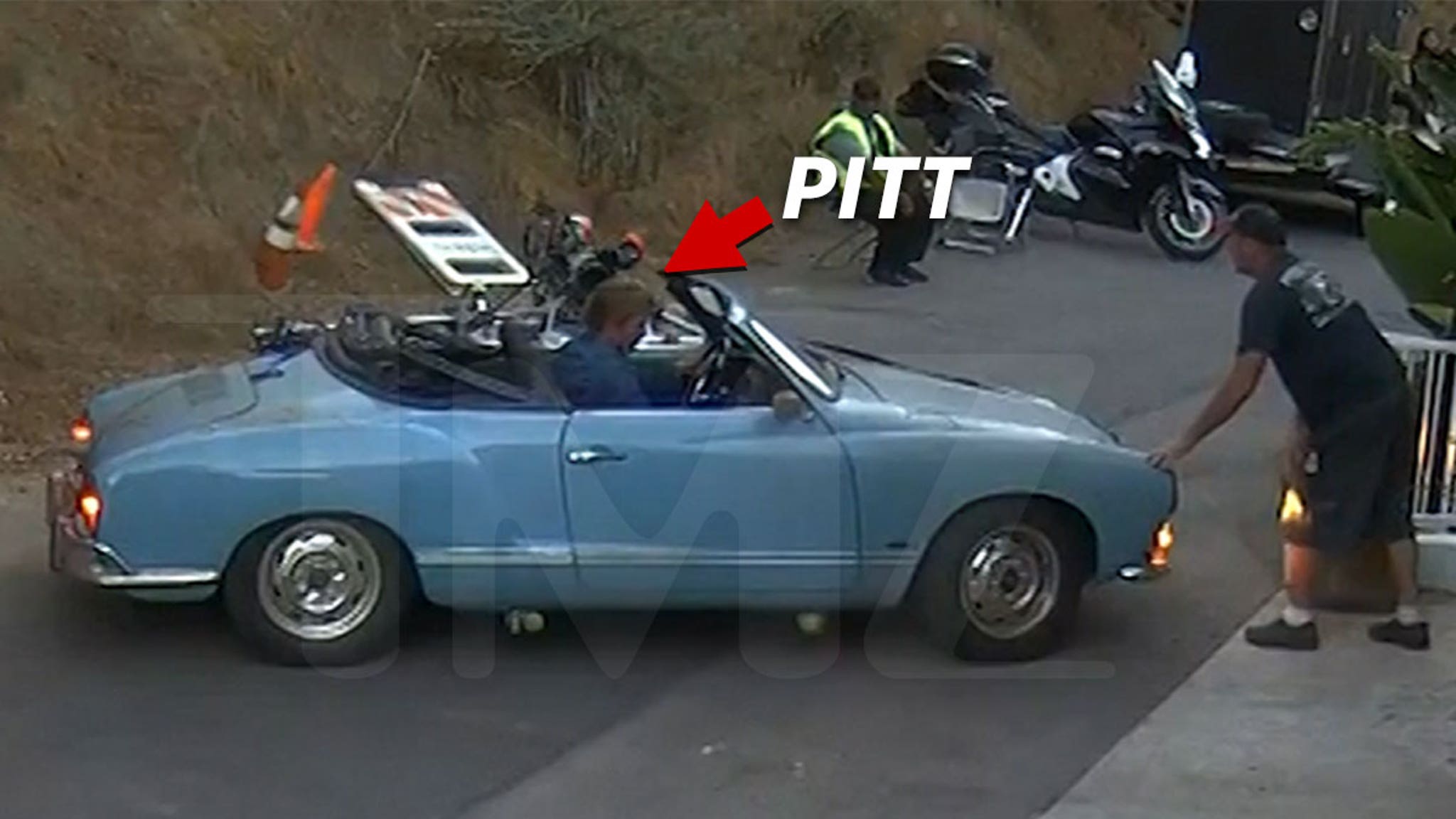 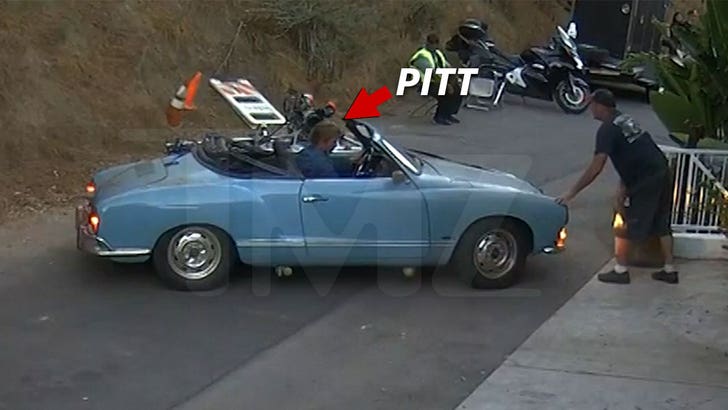 Brad Pitt STRUGGLED valiantly to make a 3-point turn while he filmed a scene in Quentin Tarantino‘s new movie … and, gotta say — he failed miserably!!!

Brad is behind the wheel of a 1960 Karmann Ghia roadster — an awesome car back in the day.  Brad was trying to 3-point it on a narrow, Bev. Hills road, with little success as he filmed “Once Upon a Time in Hollywood.”

The vid was shot last September … just a few houses down from the home where Sharon Tate was brutally murdered in 1969 by Manson Family members. The streets in the neighborhood are mostly narrow and scary at night.

The flick opened up this weekend … and there was already a minor hiccup in promoting the project on a major billboard in Los Angeles.

The vehicle situation brings to mind Mike Myers‘ infamous U-turn scene in ‘Austin Powers.’ So, finally something Brad CAN’T do.