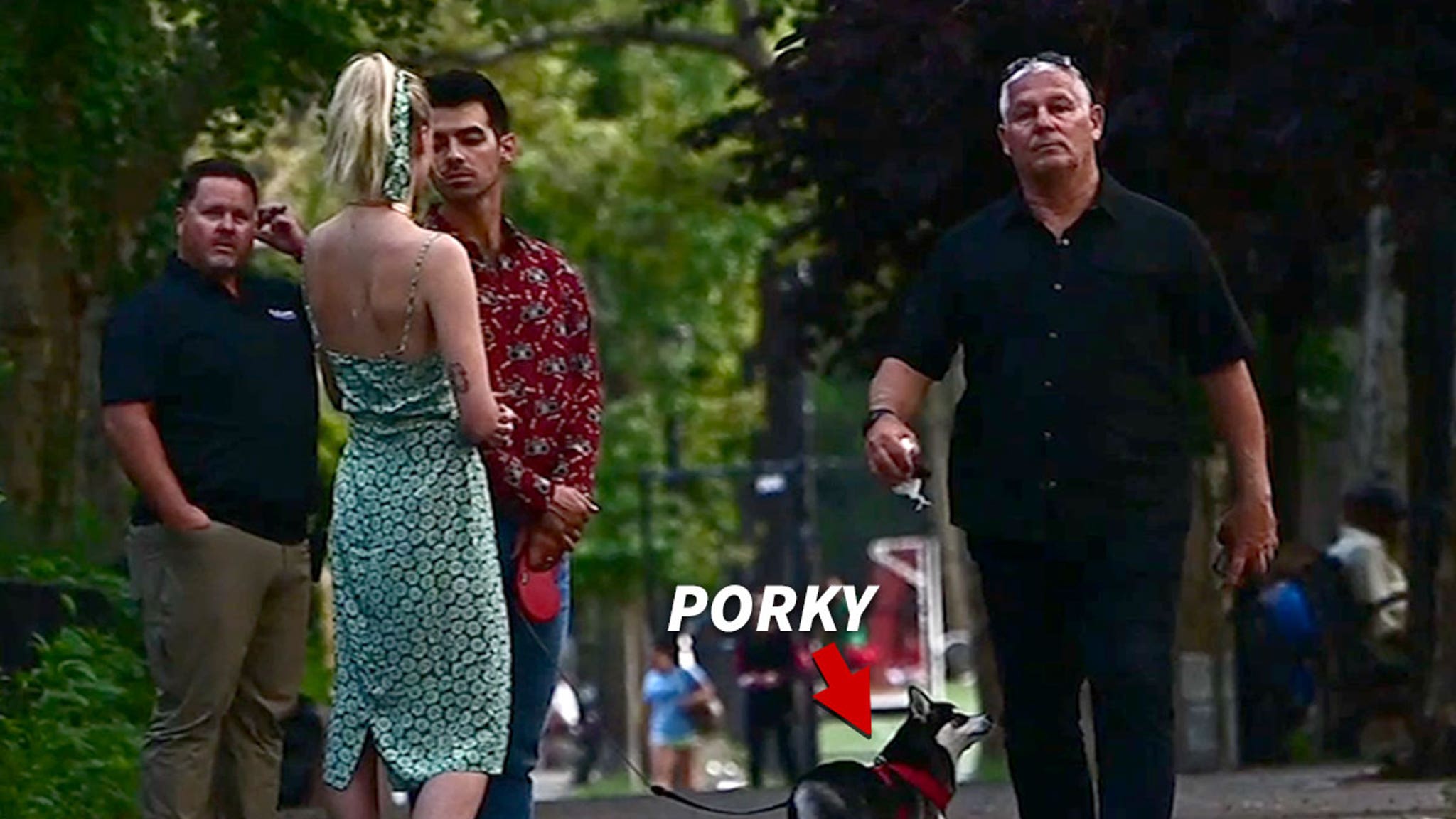 TMZ broke the story … Joe and Sophie’s other Alaskan Klee Kai, Waldo, was struck and killed by a car Wednesday as he was walking in Lower Manhattan with his dog walker. Waldo got spooked by a pedestrian, broke free, ran into the street where he was hit by a vehicle.

Joe Jonas and Sophie were torn up by the tragedy. They filed a police report and told cops they were so distraught they had to see a therapist.

Before the video shoot Joe and Sophie comforted each other as they walked in a New York City park with Porky.

As we reported, Waldo and Porky were brothers. Joe originally got Porky as a surprise for Sophie, and later adopted Waldo after they decided they wanted another dog.