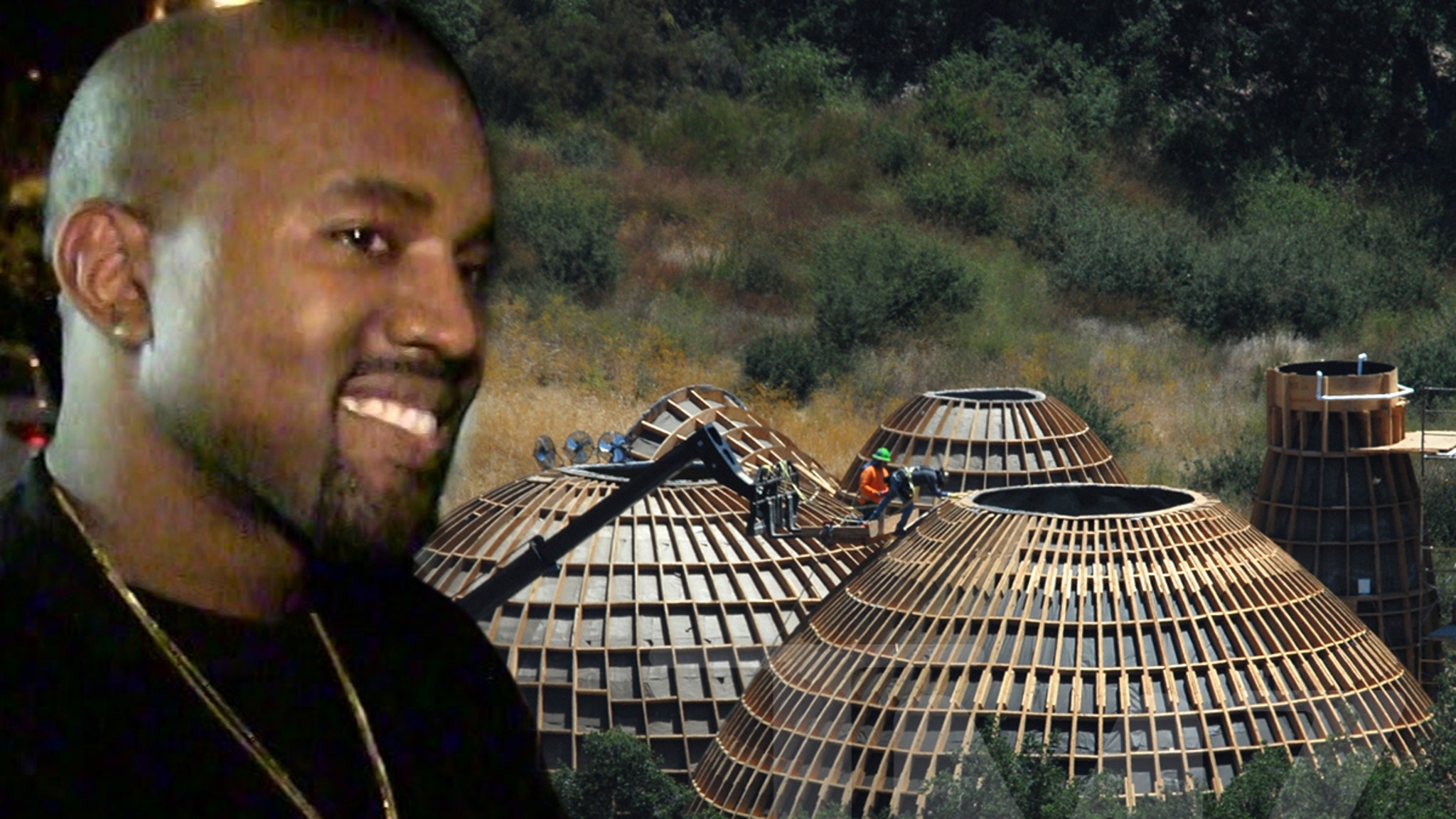 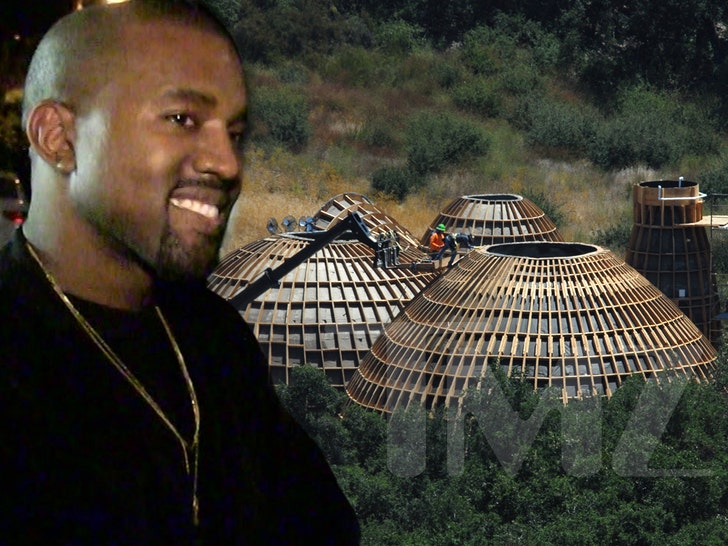 Kanye West is bringing an incredible architectural concept to the hills of Calabasas — doing studies and developments to change the industry — and the prototypes are now springing up with an eye toward making them new age homes.

Sources familiar with the project tell TMZ … Kanye is building dome-like structures that are prototypes for a new type of home … homes he believes will break the barriers that separate classes … namely, the rich, the middle class and the poor.

We got the first images of Kanye’s plan to revolutionize housing.  The project sits on a portion of land Kanye bought a few years back … 300 acres in all.  His plan is to create a housing community, but until now the butcher paper covered the canvas — it was a well-guarded secret. 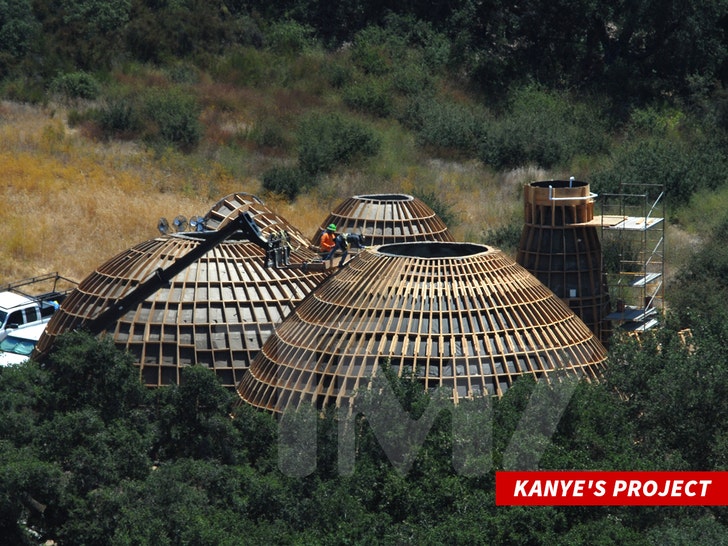 Construction crews have been hard at work at the Calabasas site for weeks … with trucks, cranes and dozens of workers coming in and out. The dome-like structures each stand around 50 feet high.

Our Kanye sources say the project is in an “early state” but the vibe is there … to make new housing communities the world can enjoy.  We’re told Ye and his team are studying dwellings “from every period of man’s existence on earth.” Those who have visited the property say the proportions feel otherworldly.

Kanye has been an innovator in music, touring and is the founder of the billion-dollar Yeezy brand … and has now ventured into land development.

We’re told the domes and living spaces will be “dynamic” … something that has become Kanye’s stock-in-trade. The Calabasas home he shares with Kim is considered an architectural masterpiece with what some have called a revolutionary use of space.