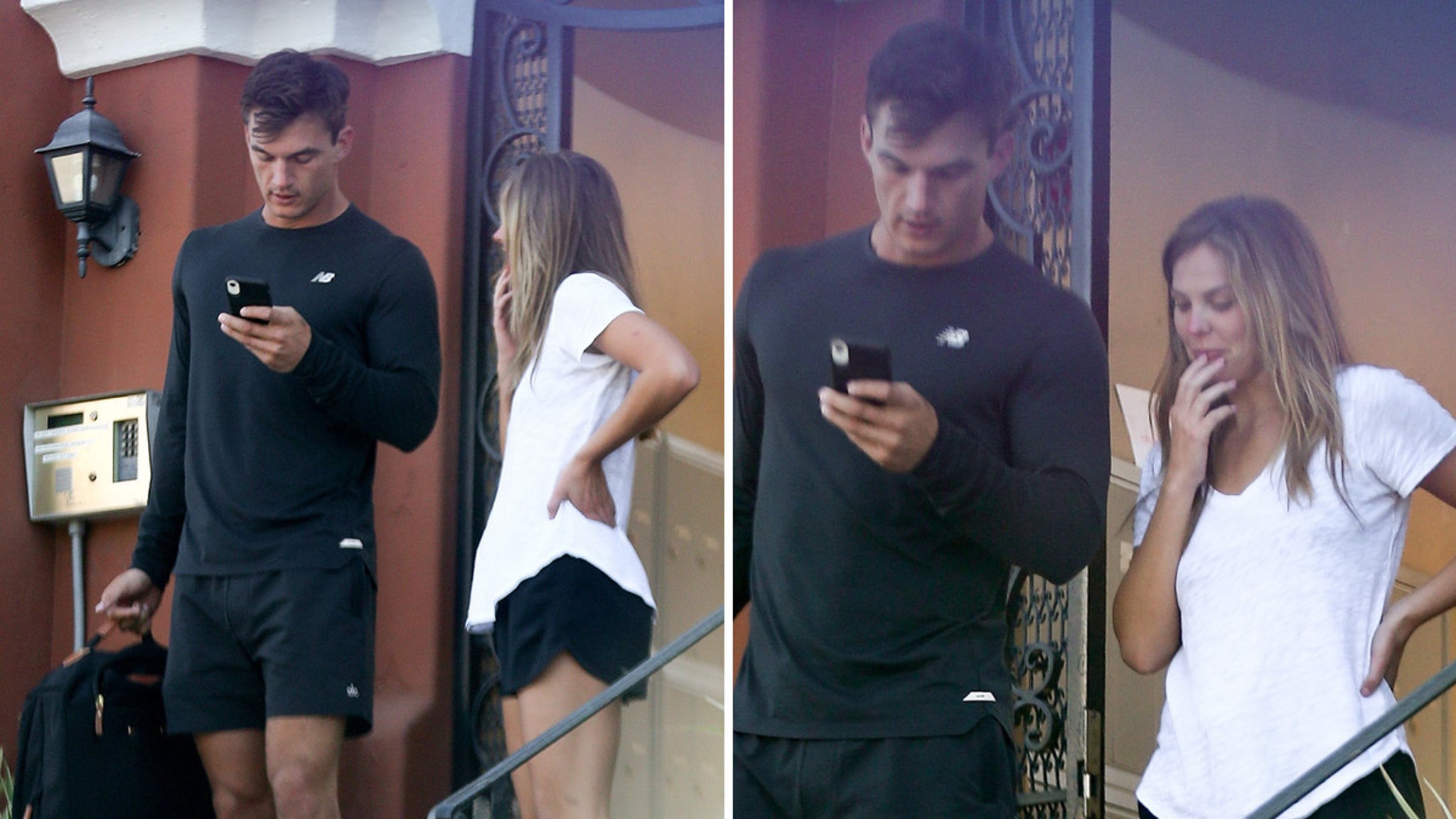 ‘Bachelorette’ fans rooting for a romantic rekindling between Hannah and Tyler Cameron can officially start freaking out — ’cause it looks like they spent the night together.

We got these shots of Hannah’s runner-up Friday, shortly after 10 AM … doing what some would call the walk of shame from her L.A. crib. Clearly, Tyler C. is settling into the second fiddle role just fine as he left her place with backpack in hand. They reportedly went out on a date Thursday night, and we’re guessing it went very well.

It’s possible he just swung by her place bright and early to show her something funny on his phone. Either way … Hannah’s coy smile screams she was damn happy to see him.

For those outside ‘Bach’ nation — during this week’s finale, fans saw Hannah pick Jed for her final rose ceremony and they got engaged. However, she called it off weeks later when she learned Jed had a girlfriend before coming on the show.

Hannah ended up running back to Tyler and they reconnected, live on the finale. She asked if he’d be down to grab a drink and hang out. He said yes, and apparently things are heating up.

However, Tyler notably did NOT hook up with Hannah in the fantasy suite — because he said he respected her too much — which made fans love him even more.

Another fun fact — Tyler’s one of a few contestants on Hannah’s season rumored to be in the running to be the next ‘Bachelor.’ Obviously, dating Hannah would throw a major wrench in those works.

We smell a possible Sophie’s choice ahead for Tyler!!!