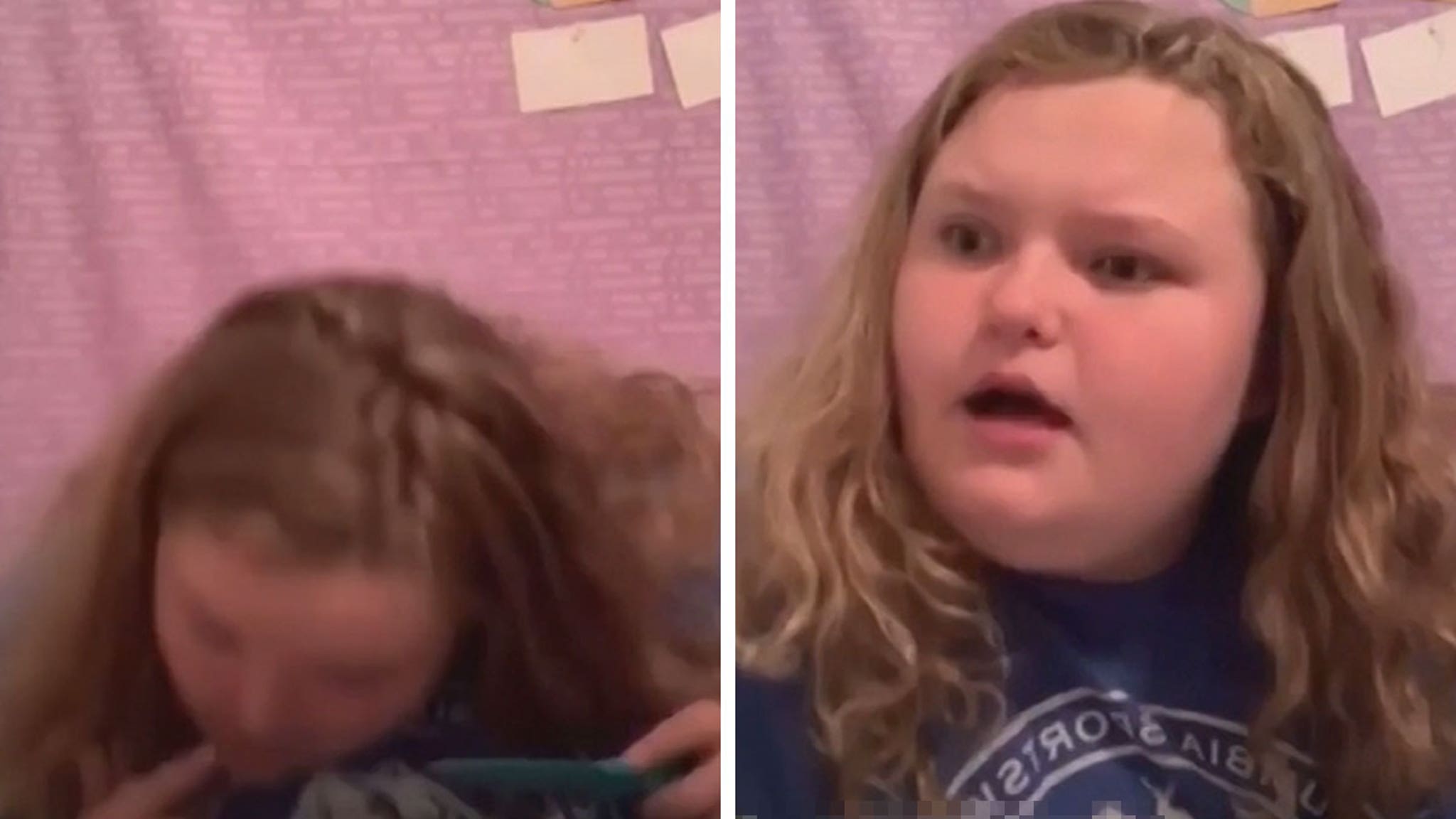 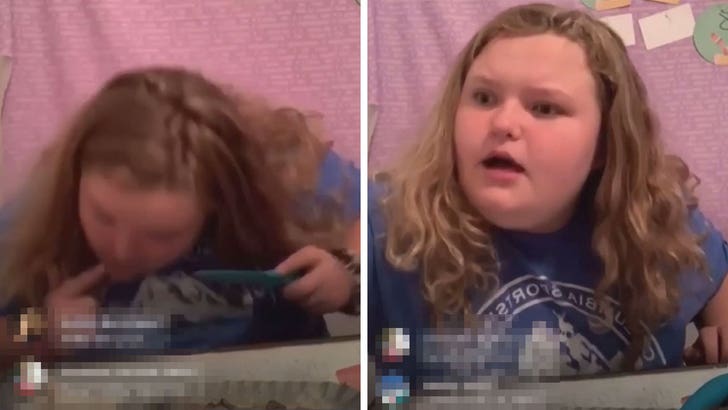 Honey Boo Boo is in the dog house with her big sister after pretending to do a line of cocaine — a shocking move that comes as her mother, Mama June, battles drug addiction.

HBB went live on Facebook Thursday evening to answer questions from her fans, but at one point the 13-year-old got extremely agitated and yelled at her sister, “Tell me what’s f**king next right now!” Then she picked up a plastic knife and said she would need to take a break.

That’s when she mockingly lined up something on the table, and started snorting it … and a woman we believe to be her older sister, Pumpkin, went off.

As we first reported, Alana’s now living with Pumpkin … shortly after June and her BF, Geno, were arrested earlier this year for crack possession.

The video’s especially troubling since Honey Boo Boo was so distraught during her family recent attempt to have an intervention for June.

We’ve reached out to a rep for the family, but no word back yet.