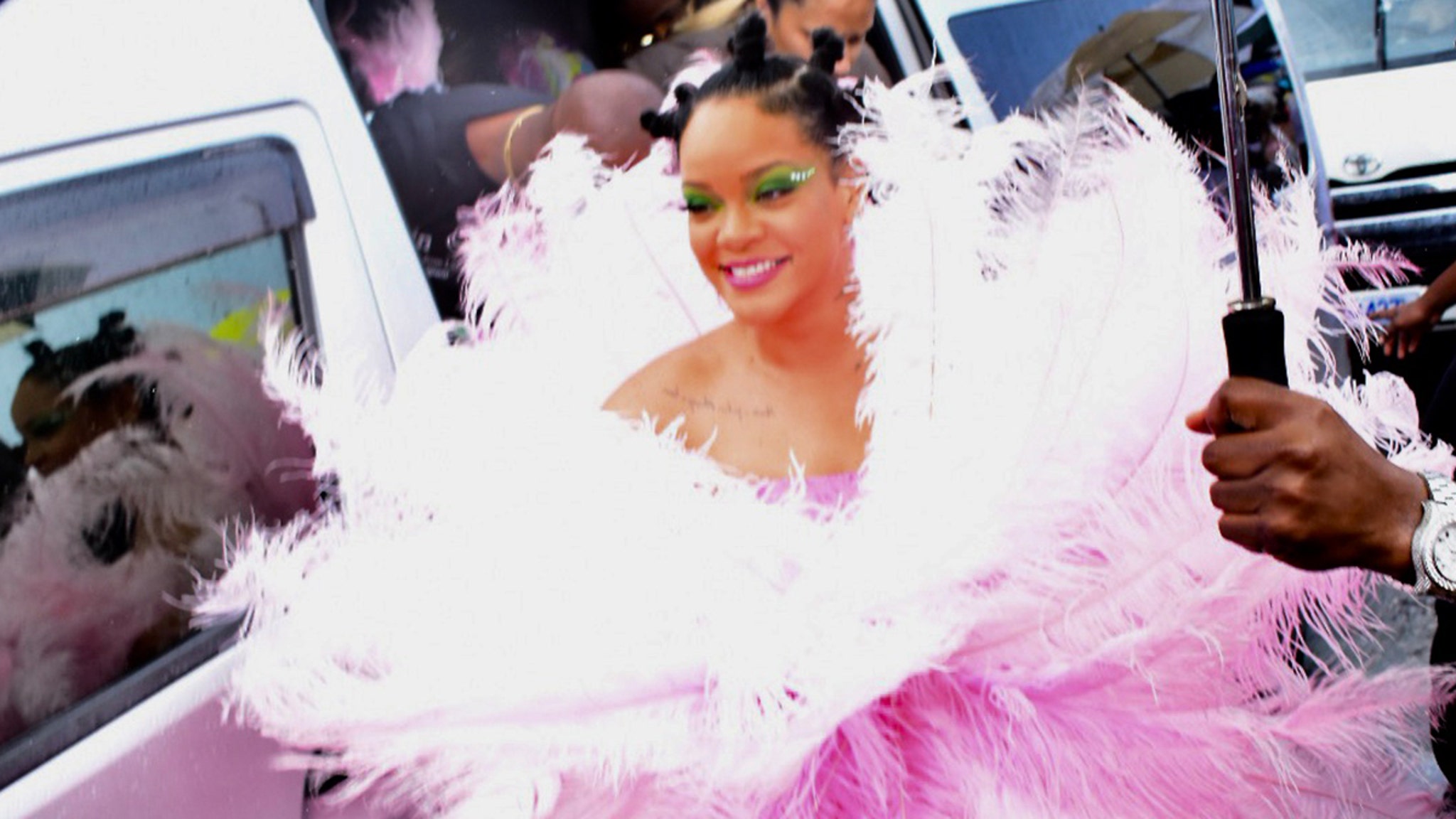 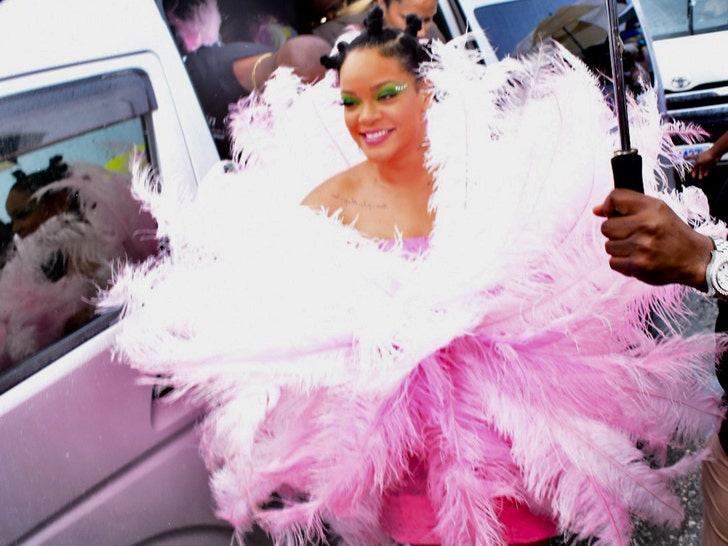 Rihanna is looking like the sexiest loofah in all the land as she celebrates the Crop Over Carnival in her native Barbados — and if she’s a little tamer this year, it’s still a must-see event!

RiRi hit up the carnival Monday wearing this pink feather ensemble. No question about it … the Caribbean queen rocked it. But, ya gotta admit … her past outfits have been way more revealing.

Rihanna didn’t attend last year’s festivities — a 200-year tradition that marks the end of the sugar cane season — but fans were salivating at the thought of what she might wear when she announced last month she’d be returning this year.

If ya need a little refresher … here’s why anticipation was so high. Fact is, her outfits never disappoint. 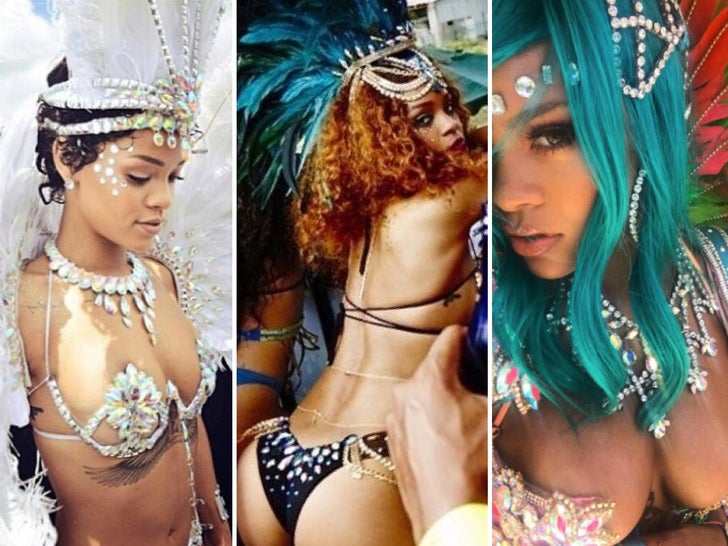 Some might say Rihanna opted for this cute, less overtly sexy look because she’s in a relationship. That doesn’t track, though, because back in 2017, she was already dating billionaire Hassan Jameel when she wore the hell outta this banger:

That outfit was so fire … even her most famous ex, Chris Brown, dropped an eye emoji on her Instagram post.

Anybody else suddenly craving cotton candy?