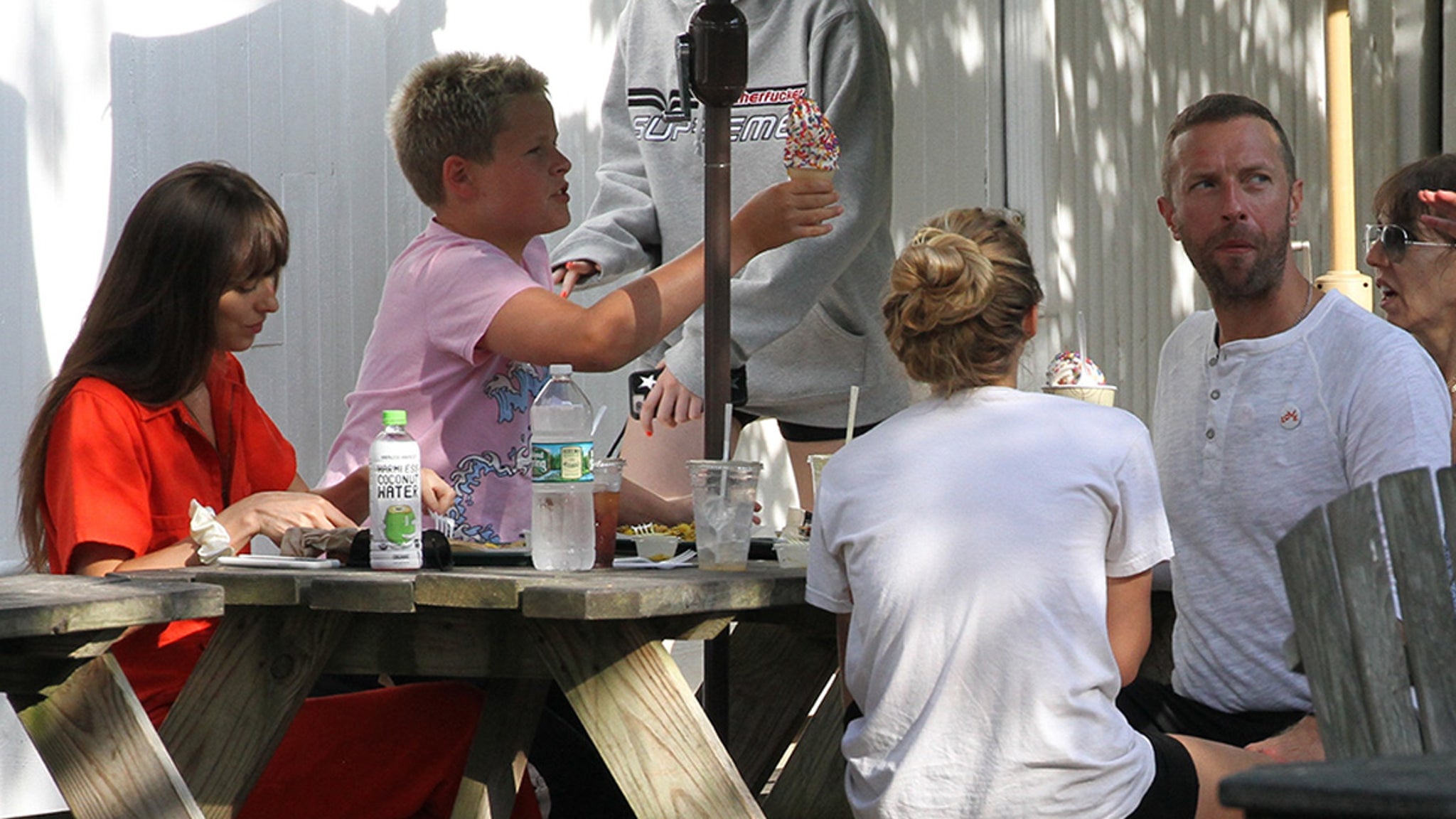 The Coldplay frontman and ‘Fifty Shades’ star — decked out in a red jumpsuit — were out Monday in the Hamptons, hanging with his son and his buds. They plopped themselves on a picnic table and enjoyed lunch before scarfing down some ice cream.

It’s quite the family scene, considering Dakota and Chris had supposedly broken up a couple months ago. All signs pointed to a split … because a week after their reported breakup, he was seen hopping on a helicopter with a mystery woman.

Whoever she was, Dakota’s clearly over it. Two scoops and sprinkles go a long way.