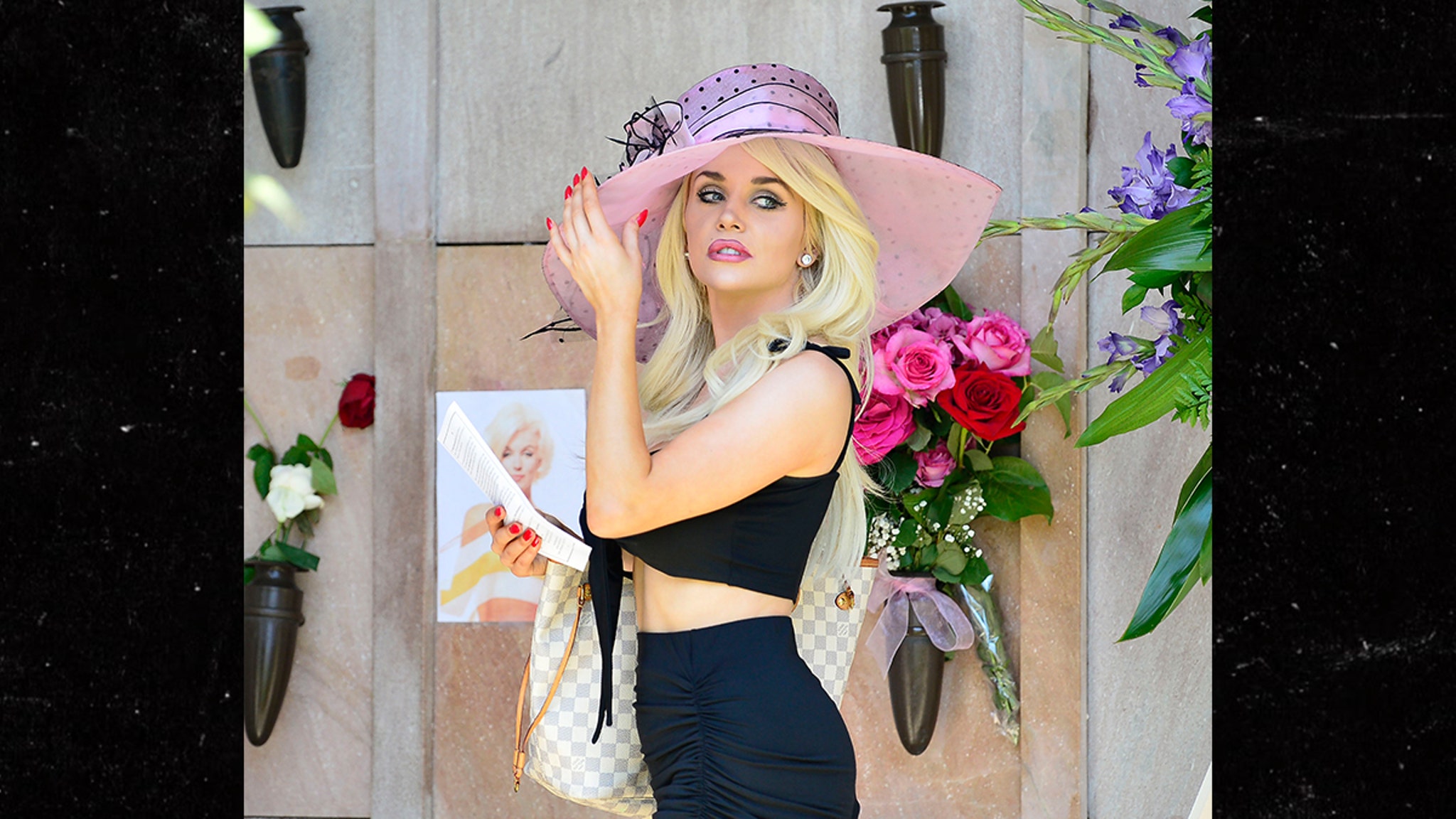 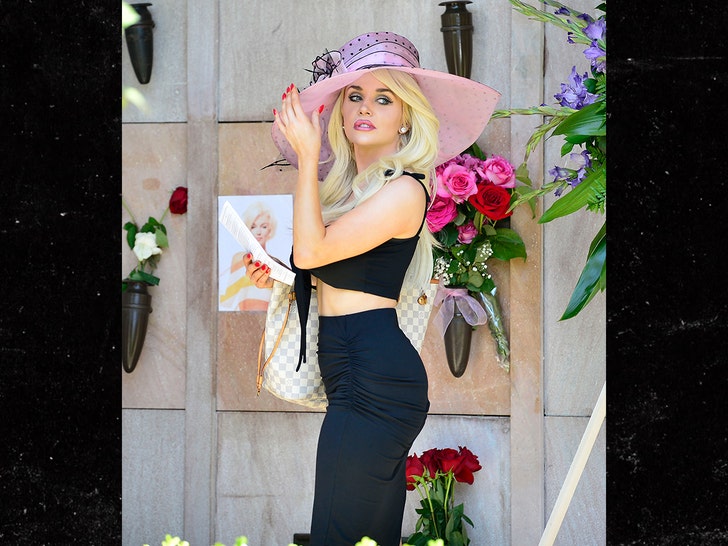 Courtney Stodden is paying tribute to one of her heroes, Marilyn Monroe, with a pilgrimage to the late Hollywood icon’s final resting site … and she was decked out as MM.

The reality TV star was seen Monday heading to Marilyn’s crypt at the Westwood Village Memorial Park in L.A. — where she shares a wall with some very famous people, including Hugh Hefner. The area surrounding Marilyn’s crypt was laced with flowers.

As for Courtney, she wore an extra-wide brim hat for the occasion, which was clearly a callback to one of Marilyn’s many looks through the years. 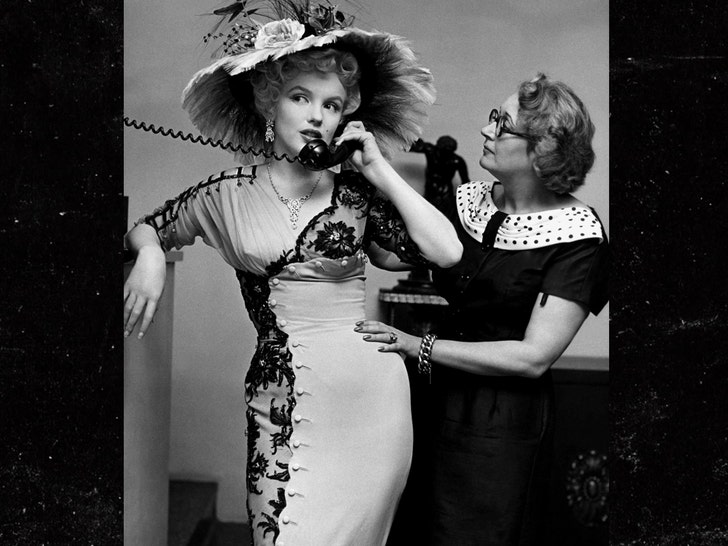 Marilyn rocked a similar hat in her 1957 movie “The Prince and the Showgirl” — and considering how much Courtney admires her, we wouldn’t be surprised if this is a nod.

What’s interesting is that Courtney seems to do this semi-frequently — she also paid a visit to Marilyn’s crypt in 2016 and left a letter at the time that read in part, “If I could bring you back for just one day, I’d tell you how much you’re missed.” 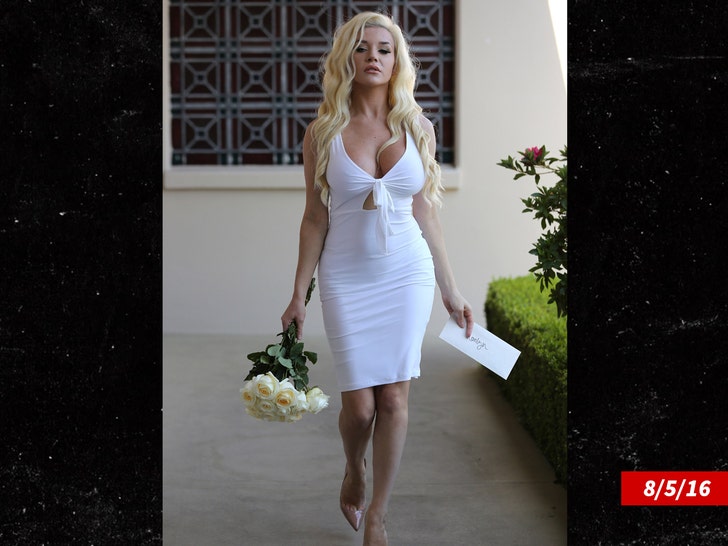 She wore a very Marilyn-esque gown for that visit as well.

The cemetery is an L.A. landmark, and Marilyn’s crypt is the undisputed highlight. Others who made the cemetery their final resting place include Farrah Fawcett, Dean Martin, Armand Hammer, Natalie Wood, Rodney Dangerfield, Donna Reed, Don Knox and on and on.

Marilyn’s ex-husband, Joe DiMaggio, arranged for flowers to be left at her crypt twice a week over the course of two decades. Seems the tradition has continued.

Marilyn would’ve been 93 years old if she were alive today. She died of an overdose on Aug. 5, 1962 — and although it was ruled a probable suicide, many suspected foul play due to her affair with JFK, who was assassinated the following year.