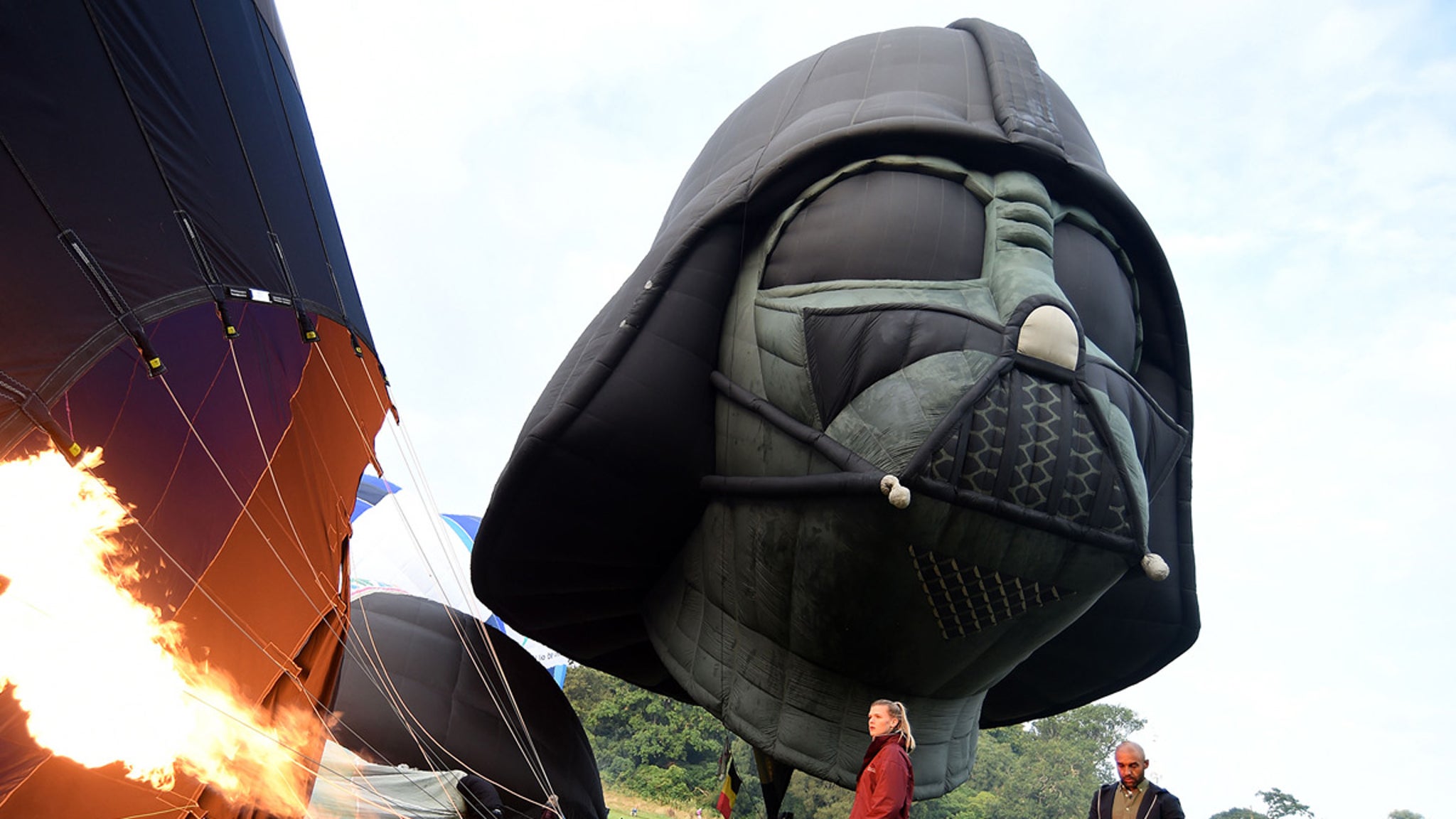 The Empire is striking back again, but not in a galaxy far, far away … Darth Vader’s in action high above the Clifton Suspension Bridge in the UK.

The hot air balloon is repping the Dark Side on the first day of the Bristol International Balloon Fiesta in Bristol, England. The event is Europe’s largest annual gathering of the big-ass gasbags, attracting more than 130 hot air balloons from around the world.

Clearly, Vader stands out among the pack … and has us clamoring for many more ‘Star Wars’-themed balloons to battle it out in the sky.

It looks like that’s not going to happen, though … so we’ll settle for the other cool hot air balloons in the shape of bears, owls, and koalas.

But, we all know who their father is … and Mark Hamill agrees.

After a horrible, no good, terrible week, there’s nothing quite like a giant floating #DarthVader balloon to distract from reality & raise your spirits. #ThanksDad https://t.co/Js4J0Pb2WK