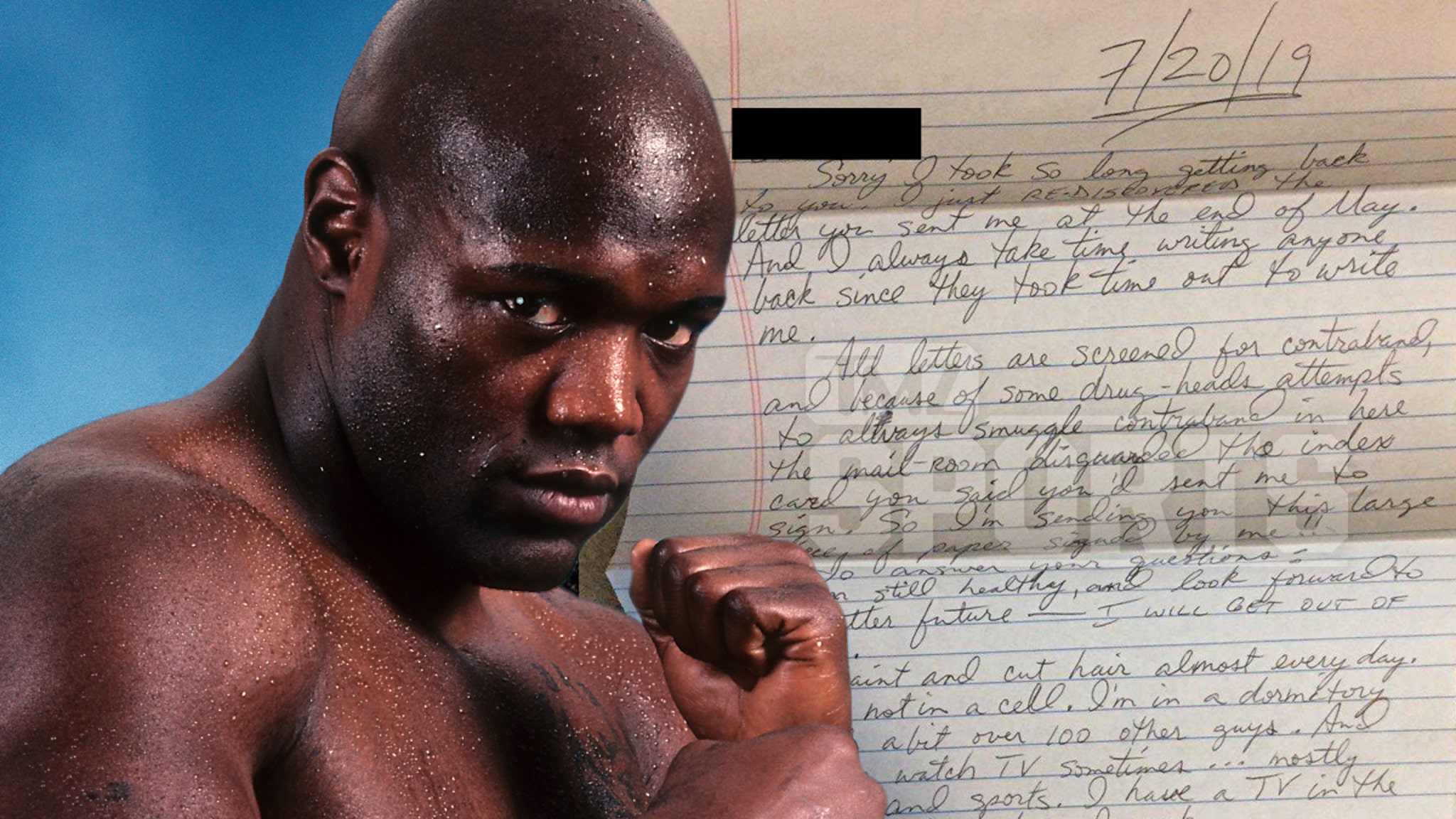 Etienne is a former heavyweight contender and had fights with huge names like Mike Tyson and Francois Botha … before he found himself in a bit of legal trouble.

In 2006, Etienne was found guilty of robbing a check cashing business, attempting to shoot a police officer and carjacking. He was eventually sentenced to 105 years behind bars.

Despite the long sentence, the 49-year-old appears to be in great spirits — spending his time painting and cutting hair for his prison mates … as well as responding to his pen pals.

In a letter, obtained by TMZ Sports … Etienne says “I am still healthy, and I look forward to a better future.”

“I paint and cut hair almost every day … I do watch TV sometimes … mostly news and sports.”

Etienne also talks about his living situation, as well as reflects on his boxing career.

The fighter is remaining extremely positive about his future, saying, “I will get out of here” … even if the legal odds aren’t in his favor.

Etienne also weighs in on his fight with Tyson back in 2003 … check out the letter.