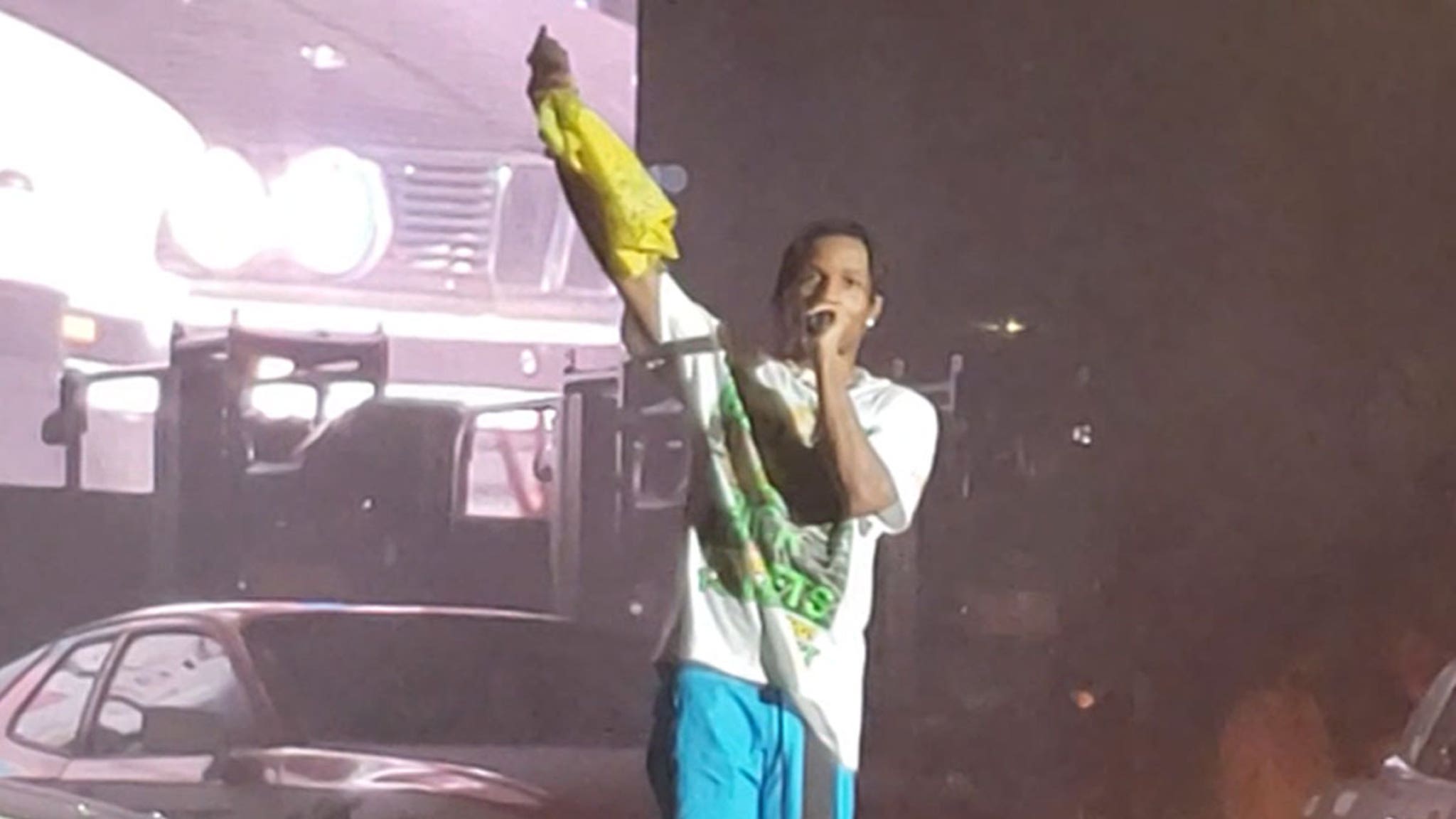 A$AP Rocky‘s first live show since his arrest overseas proves he still has swagger, showmanship and bravado — but he’s also been humbled, and his fired-up fans gave Sweden an earful.

Rocky performed Sunday at the Honda Center in Anaheim, CA, where he was headlining the annual Real Street Festival — which also featured Cardi B, Future, Migos, 2 Chainz, Big Sean and lots of other superstars. A$AP brought out some special guests himself — A$AP Ferg, Tyler the Creator, and YG were just a few.

In this footage from his set, A$AP shared some of his experiences in Sweden with the crowd and thanked them for continued support.

You can tell the audience wasn’t happy over his predicament … they literally chanted “F*** Sweden” at one point in the show, and Rocky didn’t try to stop them. He did clarify that he’s got nothing against Swedish people though — sounds like some Swedes there were holding it down and demanding his release, just like folks here at home.

Before he bowed out, Rocky asked the crowd to pray for him before a verdict is reached this coming Wednesday in his assault case — which wrapped up about 10 days ago, giving Rocky a chance to finally fly home.

He was ecstatic to be home, and has been keeping busy with some of his staunchest supporters in the days he’s been back.

He’s got his fingers crossed for a big week, but A$AP’s clearly nervous. He faces up to 6 months behind bars if the panel of judges find him guilty.