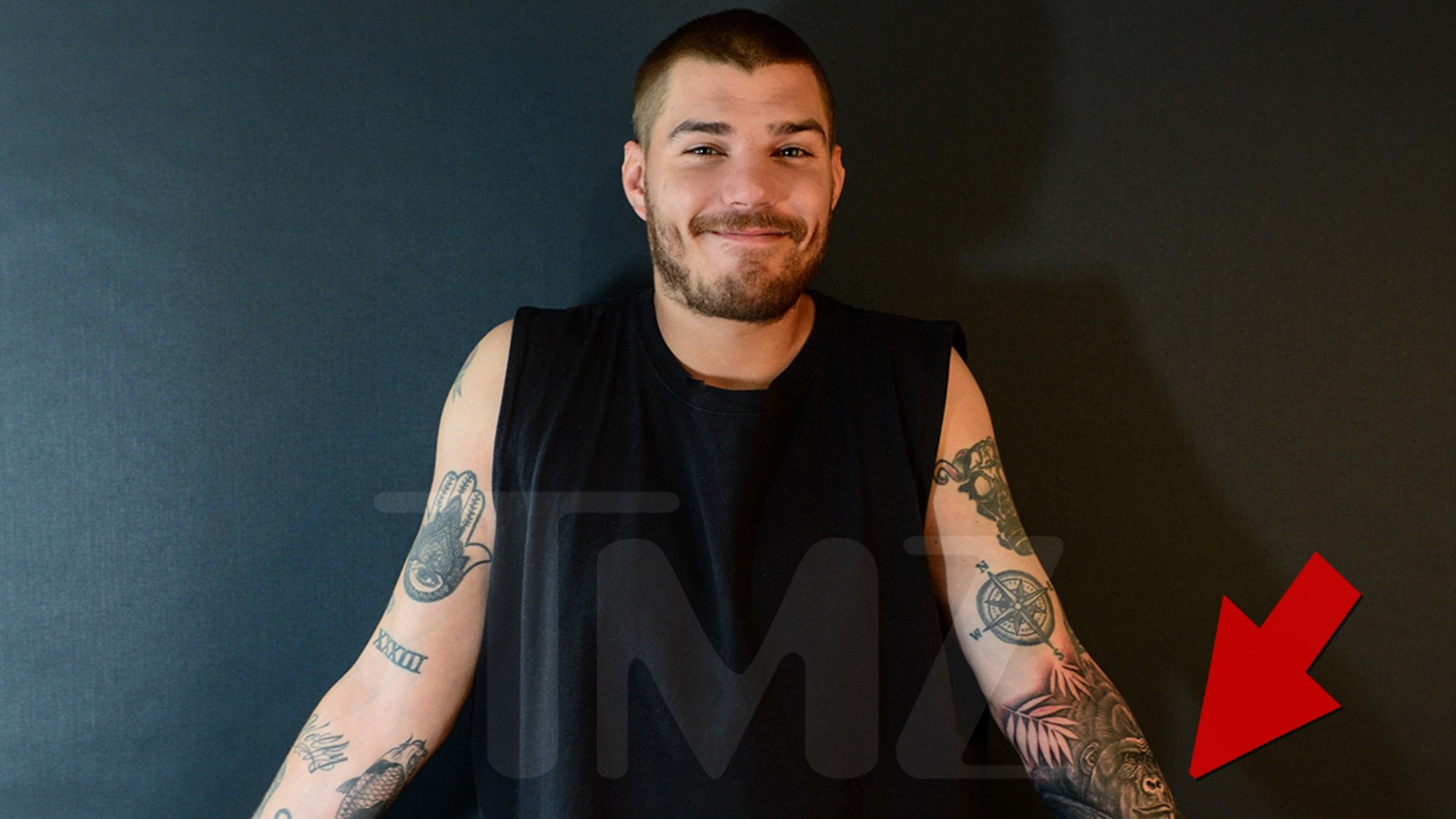 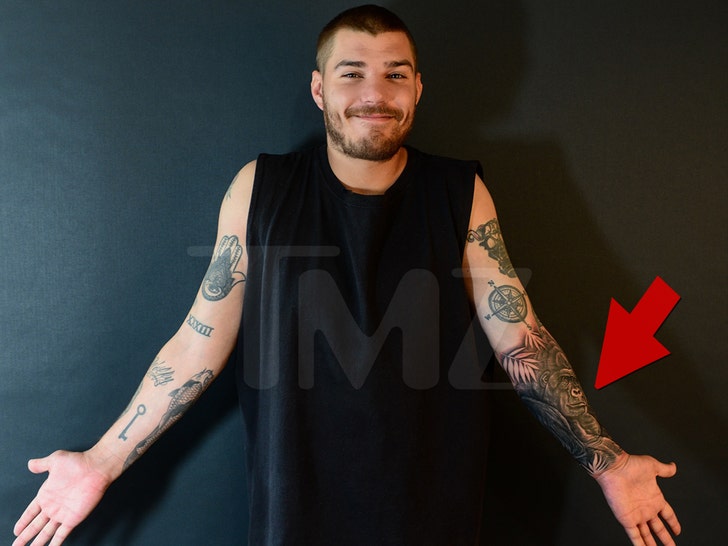 Paris Hilton body art is a thing of the past for her ex-fiance, who replaced a tattoo of her name with something more primal … or at least, primate.

Chris Zylka — who was engaged to Paris for about 10 months or so last year — popped into Chronic Ink Tattoo Shop in Markham, Ontario Sunday for a big project … covering up his Disney-themed “Paris” tat that was spread across the bulk of his left forearm.

We’re told Chris — who’s up north shooting a new Netflix show — explained to the parlor artists that he wanted to cover up his “Paris” ink before he finishes his shoot by the end of the week … while also admitting it was time for him to ditch the tat. 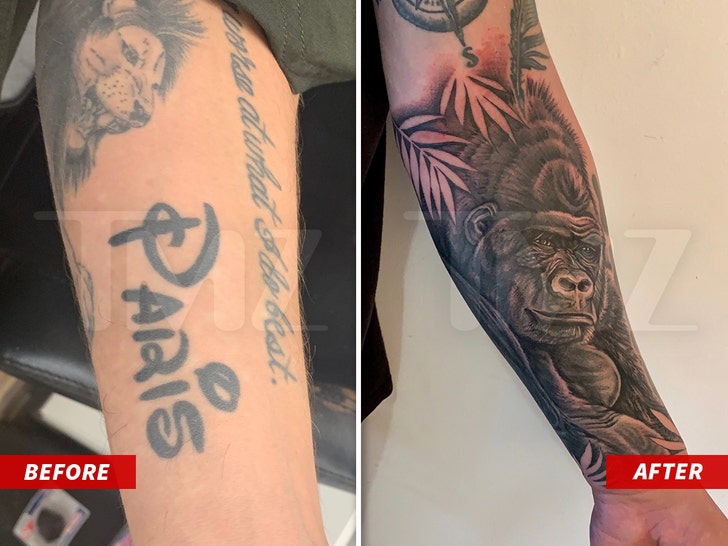 Welp, they definitely got the job done — and in record time too, it seems. Chris’ arm, which also featured a lion tat, now has a full-blown gorilla on it … with leaves, for added effect.

Our sources say the work took about 6 hours total to complete, and that for this type of detailed tat … it can run folks upwards of $1,300. It’s unclear if Chris paid that though.

As for why he opted for an ape — we’re told it’s because Chris felt it’s a nice, peaceful animal, and his favorite one as well. RIP to that lion (and Disney “Paris” for that matter ) … those tats are long gone from his arm now.

Chris and Paris have been over for nearly a year now. They split up back in November — making it the heiress’ 2nd failed engagement. Chris seems happy though!!!