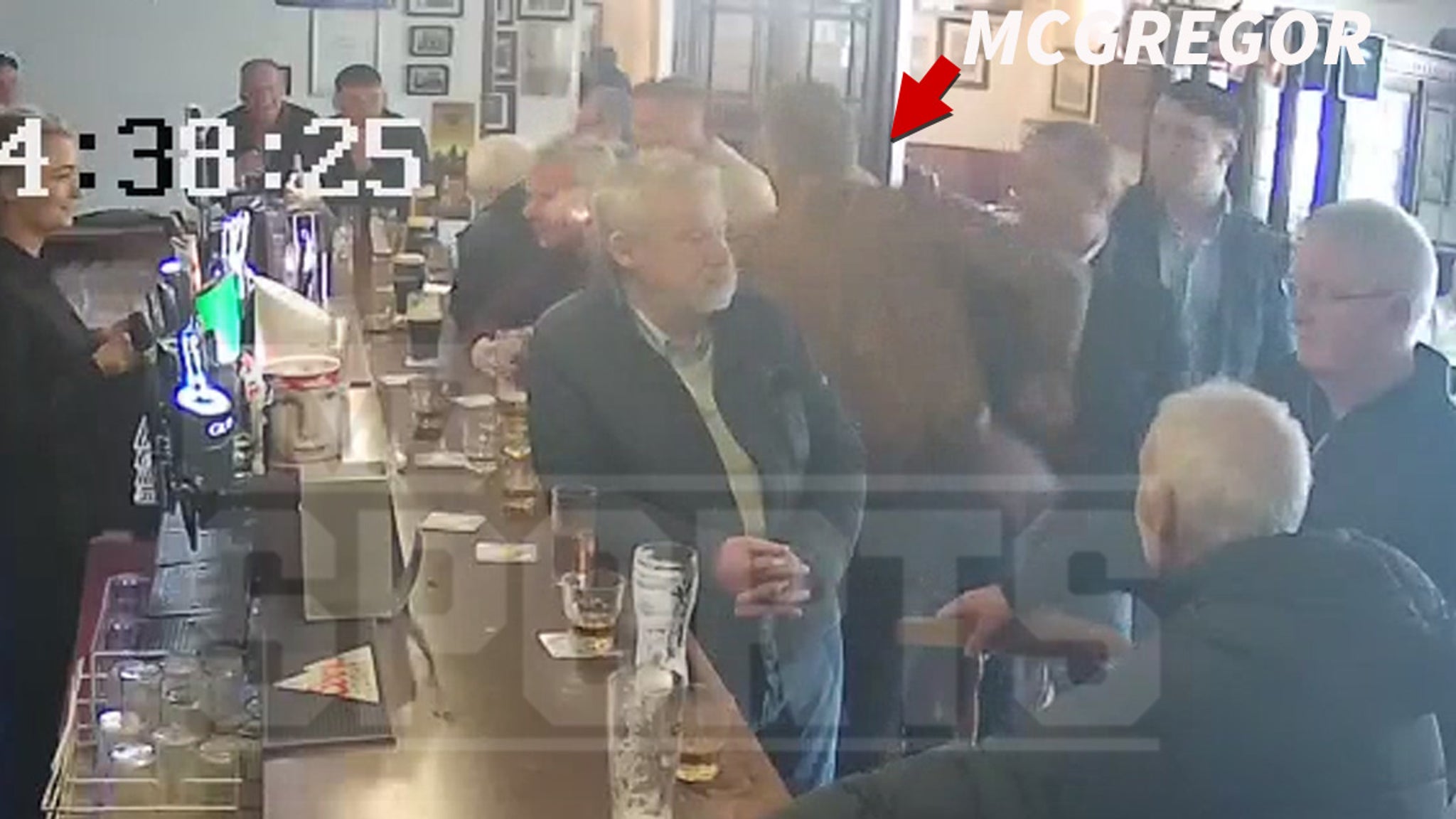 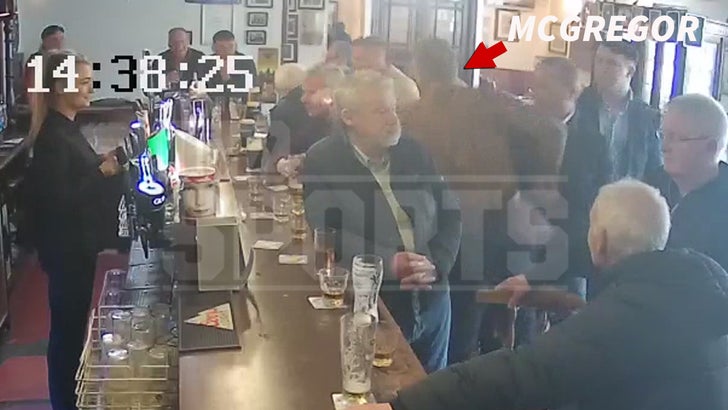 Conor McGregor uncorked a shot to the head of an elderly man in an Irish bar in a dispute over whiskey — Conor’s whiskey — and TMZ Sports got this video showing the violence.

The absurd attack went down at The Marble Arch Pub in Dublin on April 6. Conor walked in and lined up cups for bar patrons … looking to buy a round of his Proper Twelve for everyone. The problems started when the guy opted out. Conor placed a cup in front of him not once, but twice … and he still refused.

Unclear if words were exchanged between them, but after Conor downed a shot with the other drinkers, he unexpectedly threw his notorious left fist and decked the old man who rejected the shot.

Two people immediately grabbed McGregor and pulled him out of the bar. The violence was reported to cops, who announced back in April they’d opened an investigation. It’s unclear if that’s still active, but there are no reports Conor was ever charged — even though cops have reportedly seen this video.

Perhaps most odd of all … the poor, old pub patron who got socked didn’t even get knocked off his stool. People are just tougher in Ireland, apparently.

The video is just the latest evidence of McGregor losing his cool outside the Octagon. He dodged felony charges in New York last year when he smashed a bus window with a dolly, injuring several UFC fighters onboard the vehicle.

And, you’ll recall … one month before this Dublin incident, Conor smashed a phone out of a fan’s hand in Miami. He was arrested for robbery and criminal mischief, but the charges were eventually dropped, and he settled a civil suit with the victim. 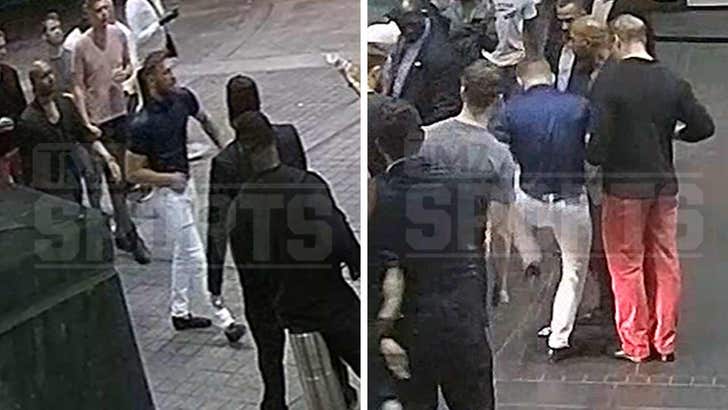 We’ve reached out to McGregor’s camp, but so far … no word back. We also called The Marble Arch Pub and they had no comment.

Conor hasn’t fought in the UFC since losing to Khabib Nurmagomedov at UFC 229 in Las Vegas. But, UFC honcho Dana White told reporters Wednesday he expects talks for McGregor’s next fight to begin shortly after Khabib and Dustin Poirier square off in Abu Dhabi next month.

Just a thought, but Dana might wanna sign that old man from the Dublin pub. He can take a punch!!!