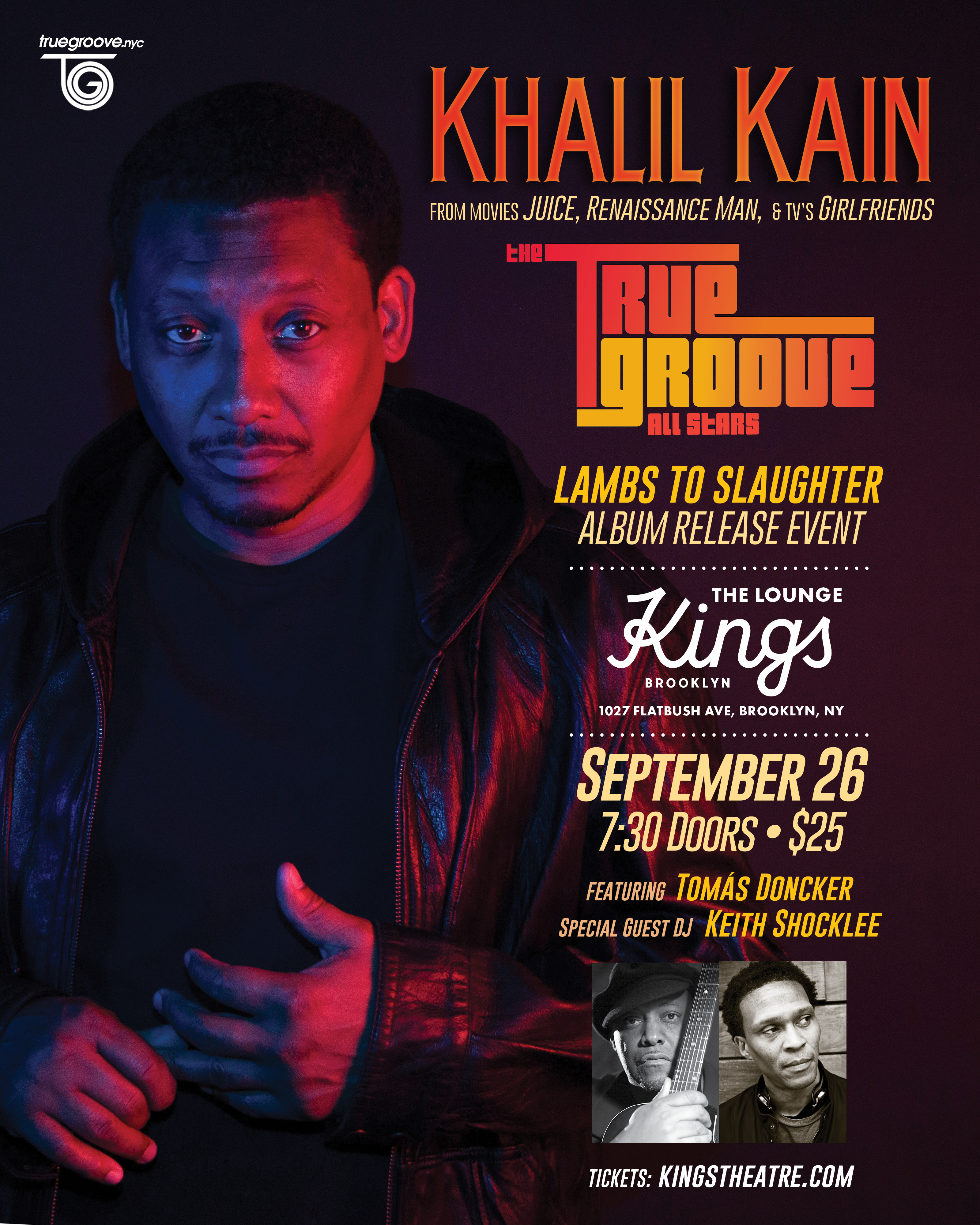 Khalil Kain is an Urban Icon and established actor with a career that has spanned two decades. His performance in the seminal film Juice has endeared him to fans and colleagues worldwide. He has also been in such hits as Renaissance Man, Love Jones, The Velocity of Gary, and many more as well as hit tv shows including Suddenly Susan, Friends, Living Single, Girlfriends, and Bronx SIU. His debut single Lil’ Duckie made a huge splash in the music industry, and now his highly anticipated debut album  “Lambs to Slaughter” will be available worldwide through True Groove Records.

Tomás Doncker is a singer/songwriter, record producer, guitarist, and record label CEO (True Groove Records). In 2011 CNN credited him with creating the genre, “Global Soul.” He has worked with groundbreaking artists as Madonna, Yoko Ono, Bootsy Collins, Bonnie Raitt, Meshell Ndegeocello, and many others.

Keith Shocklee (or Wizard K-Jee) is a highly respected DJ, record producer and an original member of Public Enemy. Shocklee has gone on to work with such A-list artists as LL Cool J, Ice Cube, Janet Jackson, Sinead O’Connor, to name just a few.  As a member of the seminal Hip-Hop group Public Enemy, he was inducted into the Rock & Roll Hall Of Fame In 2013.

Don’t miss music history in the making at the Khalil Kain & The True Groove All Stars Lambs To Slaughter album release party on Thursday, September 26th at the Kings Theatre in Brooklyn, New York.

Get your tickets today on TicketMaster here: