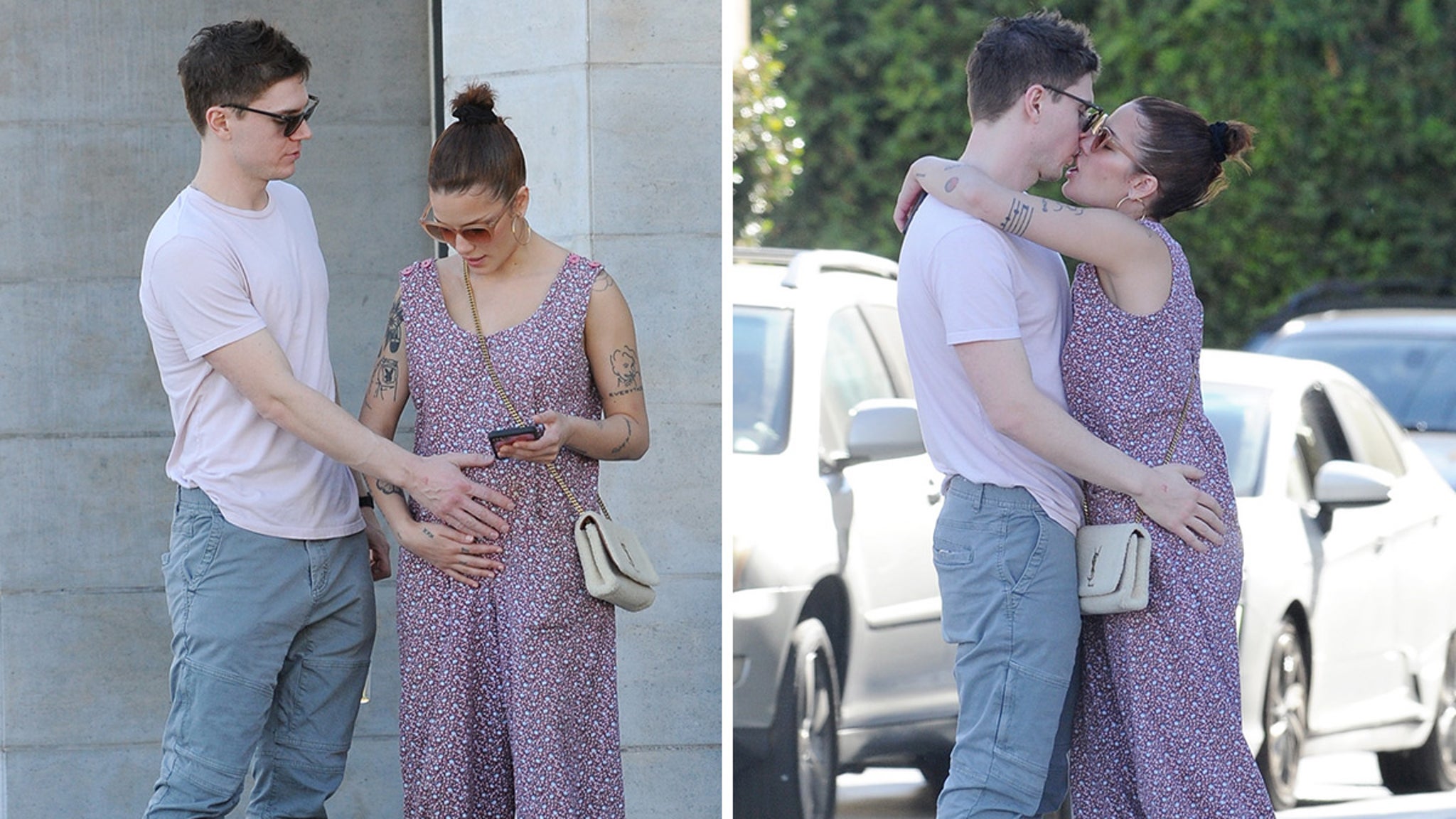 Halsey‘s stirring the pregnancy pot with a hand gesture that could mean there’s a bun in the oven … or a bad meal just wasn’t sitting right.

The singer was out Sunday with her boyfriend, Evan Peters, in Santa Monica — where they both went in for a drawn-out rub of Halsey’s belly, and they both seemed pretty happy about it. Toss in the fact she was wearing a baggy jumpsuit … and ya get the rumor mill in full swing.

The couple went on to hit the beach, going into full-blown make-out sessions a few different times. They certainly look smitten after just a month or so of dating — Halsey and Evan went public just this past October.

Prior to hooking up, Halsey was reportedly dating singer Yungblud as recently as this summer — and before that, she was linked to Machine Gun Kelly and, of course, G-Eazy.

Evan was engaged to actress Emma Roberts for 3 years until breaking things off just a few months ago. He’s mostly known as a regular on “American Horror Story,” but he’s been in a ton of stuff over the years … including roles in the most recent ‘X-Men’ movies.

As for these suspicious belly rubs, we’ve reached out to Halsey’s rep. So far, no word back.