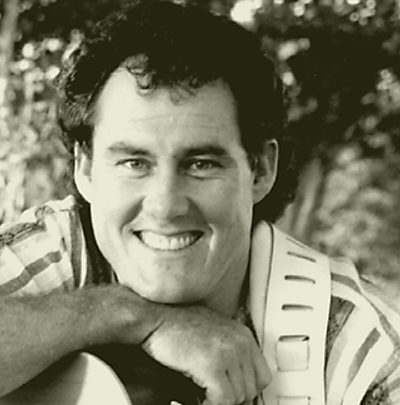 Kaleidoscopic melodies spark “Darling It Hurts,” the new music video and opening track in Andy Michaels’ Incendiary Heart, to life with an effervescence that the Australian singer and songwriter will revisit in “Only Love Knows the Meaning of Goodbye” and Tiarna Madison’s “Emerald Eyes,” but that said, there’s something really special about what we’re met with in this first experiment in making harmony-powered pop great again. There’s not a lot of elements in motion in any of these three tracks, and yet together they form what feels like the first movement of an epic symphony.

“Fireflies” keeps the excitement coming at full speed while borrowing a balladic page from a folk-rock of old, and though it’s not quite as catchy as the title track (which features Tiarna Madison in her second performance on Incendiary Heart), both songs complement each other’s creative depth exceptionally well. “Rambling Man” starts off like a John Denver song before growing into a retrospective indie pop jam that couldn’t have been crafted anywhere but on the Australian shores, where Michaels has been professionally taking off since dropping his first album, Revisited, just a couple of short years ago in 2018. He’s made a lot of upgrades since then, chief among them, to his maxed-out vocal range.

Where we really notice his self-control as a singer is in “This Songs for You” and “Night and Day,” which take two opposing directions but eventually come to the same aesthetical conclusion: Andy Michaels can croon like nobody’s business when he’s firing on all cylinders. My favorite guest appearance on Incendiary Heart is during “The Flame,” featuring Kerry Ironside, and I wish that Michaels would have included her on more of the tracks here. She could have done just as terrific a job as Madison did on “Emerald Eyes,” and if I had my way, they’d rerecord a duet version of “Night and Day” with her in the captain’s chair.

“Only Change Stays the Same” and “Humming Bird” didn’t really strike me as being particularly grand next to Carolyn Thomas’ “Sticks and Stones,” but the same could probably be said about a handful of the songs we begin the record with as well. Some critics might take issue with the high number of collaborations on this LP, but I think that it absolutely tells us a lot more about Andy Michaels as an artist than hearing strictly-solo material would have. We see exactly what it is he can do well here, and from my perspective, the resulting list is quite impressive.

Incendiary Heart wraps up with an operatic string melody in “I Can Fly” and a little bit of love from singer Sharon Court before falling back into the silence that it so brilliantly broke apart some fifty-one minutes earlier, and because of how many tracks are included here (fourteen total), it’s easy to cherry-pick the album all over again upon completion just to relive some of its more poignant moments. Andy Michaels has a lot to be proud of in this sophomore effort, and for my money, his is one of the better full-length follow-up’s listeners can expect to obtain in early 2020.