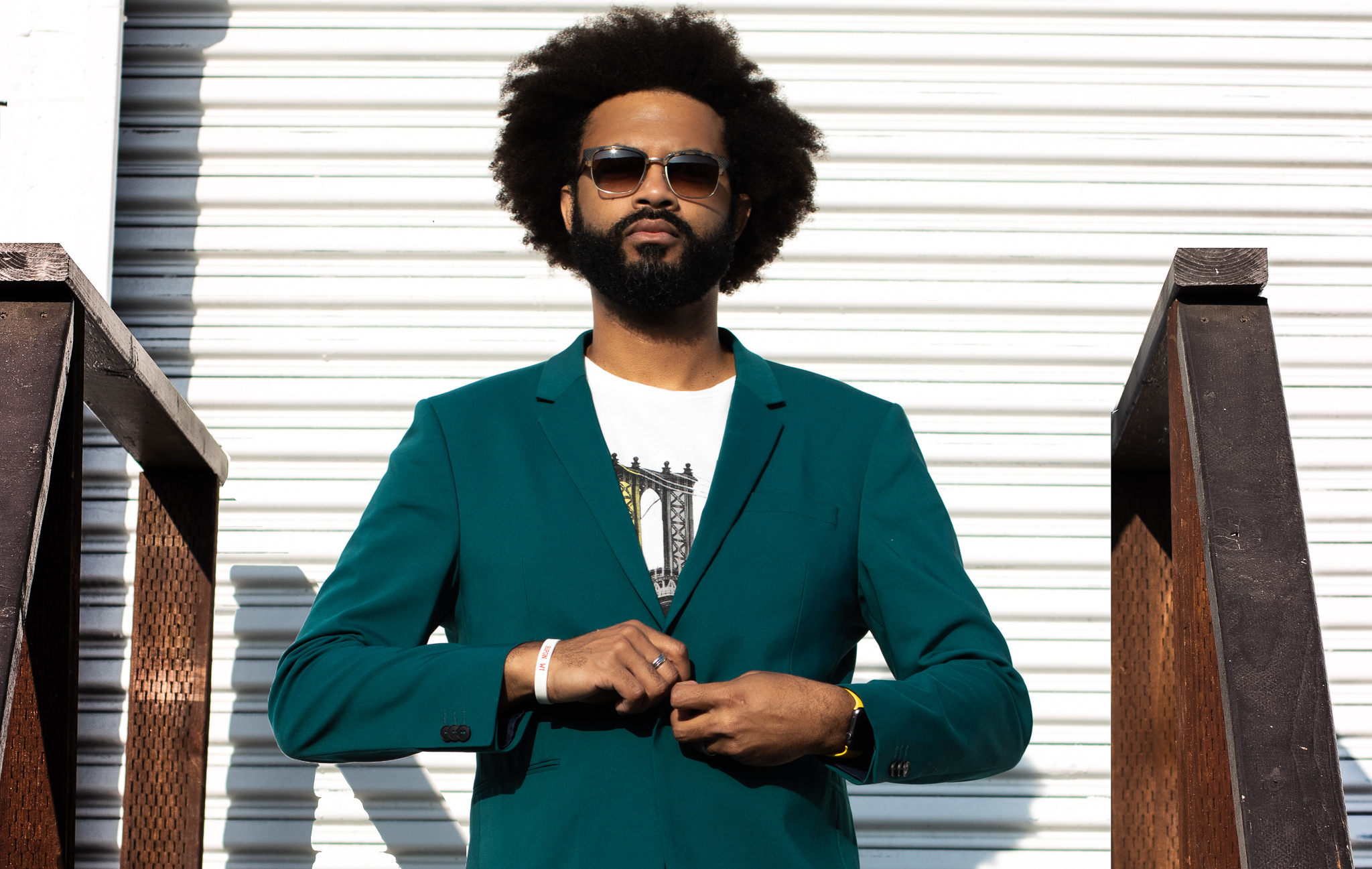 Hey Reverend Doctor! Thank you for your time today! So we found out not only are you a super talented musician, you are also an actor. We caught you in a national commercial. So cool. Tell us what that experience was like for you?

Haha! Thanks! Who told you??? Man. You know, any performer, by nature, is pulled to be the center of attention. But there is something really unsettling about 75 people on one side of the camera, you and one other person on the other, and absolute silence on a downtown city block in LA. It was really eye-opening and gave me a huge amount of respect for the hours represented by any film and I didn’t even see any of the post production that went to making me look successful on camera.

I most certainly didn’t move to LA to become a part of the industry in that sense, but I also feel really lucky to be a part of other people’s visions whether big or small.

The effect it’s had on my social circle has been profound. I’ve been a musician this whole time and put me on 30 seconds of television and I’ve got all this positive feedback. Which feels great! Old friends, relatives, acquaintances, random people in my building all saying they’ve seen me and congratulating me!

I know we all have a goal and want to be successful, as a musician, what is your definition of success?

For me, the first goal I set was to be able to live off music alone. I achieved that goal a while ago. So really my goal has always been to grow what I’m doing: songwriting, networking, increasing the platform I’m building as a performer. The larger the platform I have the louder I can shout “LOVE YOURSELF! LOVE EACHOTHER”.

Music is this really beautiful, transient, temporary thing. I’ve got a little bit of time to share it with other people, but nothing is guaranteed. Reverend Doctor is an act that comes alive in front of others. That experience of being present with an audience… there’s nothing like it. So I suppose for me music is both the object and the goal: a sort of positive feedback-loop wherein the more music I play, the more I’m inspired and the more music I want to spread, and perform and the bigger I want to build this thing.

What is one thing you wish you knew when you were younger?

Ha! Great question. I was just thinking about this recently: when you’re an artist the first person to believe in you is you. And it’s not a kind of lofty defined belief, but you’ve got a thing inside you and it comes out when you hold a brush or a pick, or write.

Growing up I think my family always thought of me as a creator, as an artist, but my community wasn’t an artistic one. I never really had examples, or role-models in plain sight, I had to go looking through history books or record stores to find them.

The weird thing? It wasn’t until moving out here that I realized there were a lot of valuable things about myself (and I really like myself!) that even I was overlooking. A cynic would say that’s the city trying to steal the valuable things I have about me and use it for its own purposes. The positive-cynical part of me responds that I didn’t even realize it was worth stealing.

I wish I’d known to leave the midwest sooner. I love the midwest: love where I grew up. It just didn’t always love me back. That’s probably true of any place, I’m sure. But for now I feel very energized here.

Also, too much texturizer is a bad thing. Never in style.

If you had to pick, what is your favorite song on the radio right now?

Wow. That’s challenging. Mostly because I don’t listen to the radio! I barely even listen to tastemaker playlists. Probably not the smartest thing for a pop-songwriter, but I’m incredibly self-involved, musically. I also spend most of my time listening to other artists I know in life so that I can support my friends and colleagues.

Harry Styles new album my partner has had on repeat. I’m not being hyperbolic. We saw him on SNL and begrudgingly fell in love. I have to say, after listening through that album I’m fascinated by the line that it skirts in both songwriting and production. It tries to come off as both classic and very current, which is difficult to do. They wanted to remind you of classic songwriting of the Beatles or Depeche Mode but they want the production to sound correct alongside the floating synthetic instrumental world of today’s radio and club pop. They also do some incredible and creative things with his voice on that album as far as pairing his vocals with other vocalists.

Share with us what item in your closet do you wear the most?

When I’m not on stage? I have an extensive collection of grandpa sweaters and long, flowy cardigans. I’m not even kidding: I’m often found around my house in a 3/4 length sweater and a cup of coffee. H&M has great weird sweaters, you just have to go digging for them.

Out of the house? Flashy shoes. The more sparkles, the better. I have a great pair of Aldo shoes that I stared at for a year on the shelf till they were on clearance and bought a nice silver pair you can see me wear on stage and around the town.

Anything else we should know?

Stay with me as I’m only kidding about this a little bit: There are a lot of statistics out there that are looking at how satisfied people are with their lives. Humans are socially-driven mammals. If there is unrest or isolation in the group it also translates to individual unhappiness. I could bore you with the research, but the summary is that sexual intercourse as an indicator of peace and happiness? We’re at an all-time low according to when we started collecting stats.

Do yourself and everyone a favor and call up that friend. Meet for a drink, dinner, heck, a movie.

Real talk? You can’t be anger-tweeting and simultaneously having sex. Sex, nor twitter, work that way. Think about it.