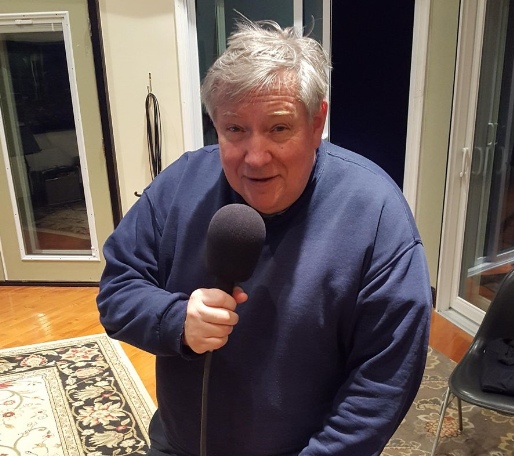 With 23 songs total, it’s not hard to get a sense of Mac as an artist. While none of the songs are Mac originals, he croons them as if he took to pen and paper himself. Mac has an ease to him, and delivers each song with suave, energetic sincerity. He really loves these songs and it shows.

My favorites to the nearly two-dozen tracks are below.

Originally recorded by Johnny Mathis in 1956, “The Twelfth of Never” is a stunner. It’s easy to start tapping along when Mac starts singing, you ask me how much I need you, must I explain? I need you, oh my darling, like roses need rain, you ask how long I’ll love you, I’ll tell you true, until the twelfth of never, I’ll still be loving you. He has such ease, he’s almost stoic.

Coming out of left field is “Changes in Latitudes, Changes in Attitudes”. First recorded by Jimmy Buffett in 1977, Mac’s version is missing a bit of the Buffett magic, but nonetheless, he manages to bring a new spark to the song. When Mac sings if we couldn’t laugh we would all go insane, as a listener I felt like he sort of shrugged. I think he really tried to put his own stamp on the song and his own personality.

When Mac does Frank Sinatra covers “My Way”, “Come Fly With Me” and “Fly Me To The Moon” he’s in his element. He’s not Sinatra, but he’s just as fun. I loved the raspy voice in “My Way”. Perhaps on purpose, but there’s a slight shake in his voice, it’s an emotional presentation. The lyrics (written by Paul Anka in 1969 to set to the music of the French song “Comme d’habitude” composed and written by French songwriter Jacques Revaux) I planned each charted course, each careful step along the byway, oh, and more, much more than this, I did it my way, fit like a glove to Mac’s porcelain vocals. He may not have the same range as Sinatra to drive the emotional depth, but Mac’s version is stimulating.

In “Orange Colored Sky” Mac keeps the listener humming along to the Nat King Cole classic. He maintains the pizzazz and fun of the original tune, and I loved how his range kept with the faster-paced tempo while singing one look and I yelled timber , watch out for flying glass, cause the ceiling fell in and the bottom fell out , I went into a spin and I started to shout , I’ve been hit, this is it, this is it. Another great song choice for Mac.

Fans of jazz, pop, easy listening music will find something they like from Hughie Mac. He might take a few listens, but once you get to a nice easy day, he’s your guy. He’s purely entertaining and has a great rapport with his listeners.