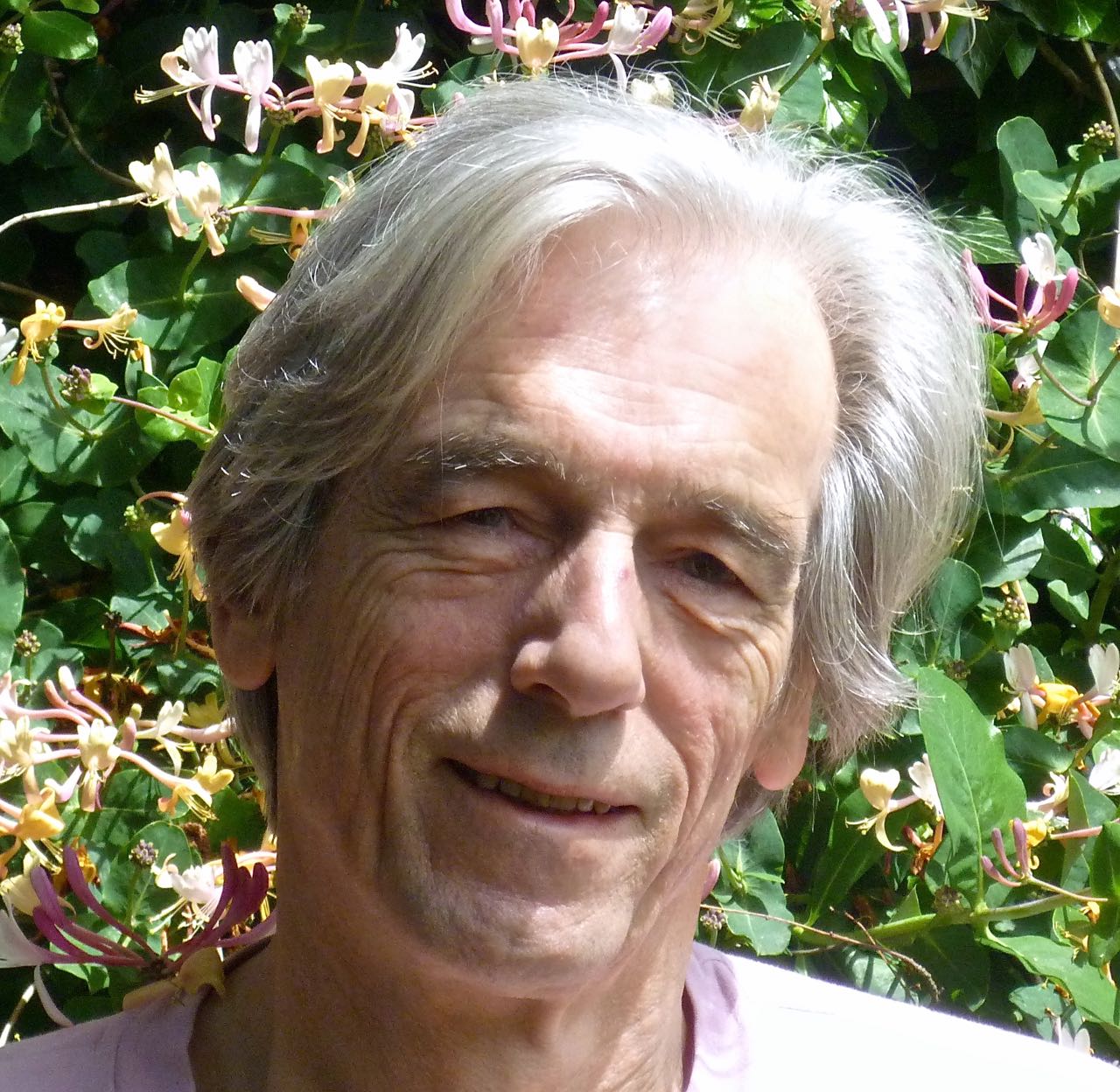 “I’m the one that has to die when it’s time for me to die, so let me live my life, the way I want to”…Jimi Hendrix

Known for direction “films with heart that focus on humanitarian issues,” Peter Neal is currently celebrating his newest film, “Starting at Zero”, set to release in September. The film is a victorious and explosive documentary of One of the most influential and magical musicians of the 20th century, Jimi Hendrix, who enchanted audiences with his guitar wizardry. Although Hendrix had an incredibly short career, 50 years after his death musicians and fans still pay homage to this musical Messiah.

Neal has directed and edited a massive amount of award-winning films and documentaries for television and the silver screen for the past 50 years. He has concentrated on musical subjects including The Who, Incredible String Band, Yes and Jimi Hendrix who was the star of his first film “Experience.” Peter Neal and I shared questions and answers regarding his newest film, “Starting At Zero.”

“Imagination is the key to my lyrics. The rest is painted with a little science Fiction”….Jimi Hendrix

The obvious question, what was your motivation for becoming involved with “Starting At Zero?”

To complete the cycle.  I collaborated with Jimi on the first ever film about him in 1967, called “Experience”, aka See My Music Talking, which includes the iconic clip of Jimi playing acoustic 12-string guitar.  It’s all over YouTube.  I wanted to look back from the other end, so to speak, and with the benefit of hindsight identify his true significance both as a musician and as a composer.  By expanding on the original ‘portrait’ style approach of my first film I felt I could do better justice to the man, his life and music.  To put it simply, I felt I owed it to Jimi.

Please describe the premise of the film?

The premise is to give Jimi the opportunity to tell his own story from his own point of view, free from other people’s opinions and interpretations.  There have been too many predictable and formulaic films consisting of the usual performance clips linked by lots of talking heads.  I appreciate that, as the director, I have editorial control, but my premise was to make this film, as far as possible, Jimi’s own personal musical odyssey.  It’s not so much a biography as an extended tone poem.  By approaching it this way I hoped to get inside his head and get closer to the essence of Jimi, both as a man and as an artist.

As the director what did you see as your own personal vision and message of the movie?

I wanted to bring out two parallel interlinked aspects of Jimi.  I consider him one of the most significant and groundbreaking performers and composers of the 20th century.  So firstly, I wanted to trace his evolution as a musician and composer, from the 3-minute pop song to the expanded improvisations to the symphonic nature of his later studio works.  I was lucky enough to have access to hundreds of hours of unreleased tapes and this proved revelatory in understanding his creative process.  Secondly, I wanted to trace his growth as a human being, relatively uneducated in the formal sense, but highly intelligent and sensitive to the society and world in which he found himself.  The views and philosophy he developed were so in tune with the 1960s counterculture ideals that he became regarded as a spokesperson for that generation – a cultural icon.  You cannot separate Jimi from the tumultuous events of the 1960s

Jimi Hendrix still remains one of the most powerful musicians on the planet even 50 years after his death, how is this portrayed within “Starting At Zero” for a generation that isn’t familiar with him?

Many attuned young people today are very aware of Jimi Hendrix and his music.  He is often referenced as an all-time favorite.  “Starting at Zero” portrays him as the visionary he was.  And the truth is always the truth.  His music was so far ahead of the curve that it remains as powerful today as it did during his lifetime.  The sound Jimi Hendrix created spoke of breaking the walls of illusion and discovering your whole self.  He was a channel between the cosmic and the microcosmic.  As Carlos Santana said, Jimi’s music reminds you of your place in the sun.  His music feeds your soul and gives you courage, even in the middle of Hell.  Such music is timeless.

He recognized that he lived in a room full of mirrors.  And he set about breaking those mirrors to discover his true self.  There is no other way to rise above the noise.  The Lakota Three Fold Peace:  First there must be peace within the individual.  Then there can be peace within the tribe.  Then there can be peace between the nations.  But no peace is possible without there first being peace within the individual.  As the Dalai Lama said, the source of peace is within us.  And as Jimi said, everybody has wars within themselves and it comes out as a war against other people.

As the director what were some of the challenges and triumphs of making the film?

I’d met Jimi in 1967, when we worked together on the film “Experience”.  Alan Douglas met him a couple of years later, became friends and worked with Jimi in the studio.  Some twenty years later Alan found himself running the product side of the Jimi Hendrix Estate.  Starting at Zero began life in 1989 as a partnership between the two of us.  We became brothers in arms, dedicated to honoring the true Hendrix heritage.  That was the first triumph.  We got as far as producing a first draft of both the film and the book, when ownership of the estate was  challenged by Hendrix family members.  After a messy two-year court battle, Alan and our film and book project were thrown out in the cold.  It’s been a roller-coaster ride ever since.

In 2012 Alan and I won a landmark court case against Experience Hendrix LLC which gave us the rights to complete and release “Starting at Zero.”  The book was published a year later.  But before we could complete the film Alan died.  Ever since I’ve been fighting a battle to complete and release the film.  It’s been a challenge to convince the business people to accept the film’s unorthodox approach, exacerbated by the number of influential people with different agendas.  I guess it’s the same for many independent filmmakers.  It’s a burden we have to bear.  The final triumph is finding that there are many people out there who appreciate what you are trying to do and want to see the film.

In what way is the film interactive?

Jimi’s messages pose a series of open questions.  Questions that were not answered or resolved at the time.  Questions that need to be answered and resolved now.  The same issues that divided society in the 1960s are once again dividing society today.  Except that, because of our failure to deal with them, these issues have become critical.  Society, and indeed the world itself, is on a precipice.  Our house is burning yet we fail to act.  Starting at Zero is a film that stimulates the urgent need to discuss, resolve and act upon these issues.

On a personal note, what other films have you directed and what further projects are you working on or plan to start?

I’ve spent 60 years making documentary films.  Mostly about inequality, poverty and social issues.  In the 1960s I made a series of music films.  You can see a more detailed account of the films I’ve made on the Starting at Zero book website starting-at-zero.com under The Book, Biography of Peter Neal.  I continue to make films only when I feel passionate enough to justify the enormous amount of dedication and work involved.  In the last 30 years I’ve worked on 10 different films, but producing and fighting to complete and release Starting at Zero has taken up an exorbitant amount of that time.  Despite all the heartache I remain the eternal optimist.

How, when and where can audiences view the film?

They can see eighteen 2-minute clips from the film in the talk I will be giving on 19th September.  We hope this will generate interest and allow us to complete and release the film by the end of the year.

Tickets are $19.69 for digital entry to the event. An early bird discount at $14.99 is available now thru July 31st. To purchase tickets and for more information, please visit www.jimihendrixreturns.earth.