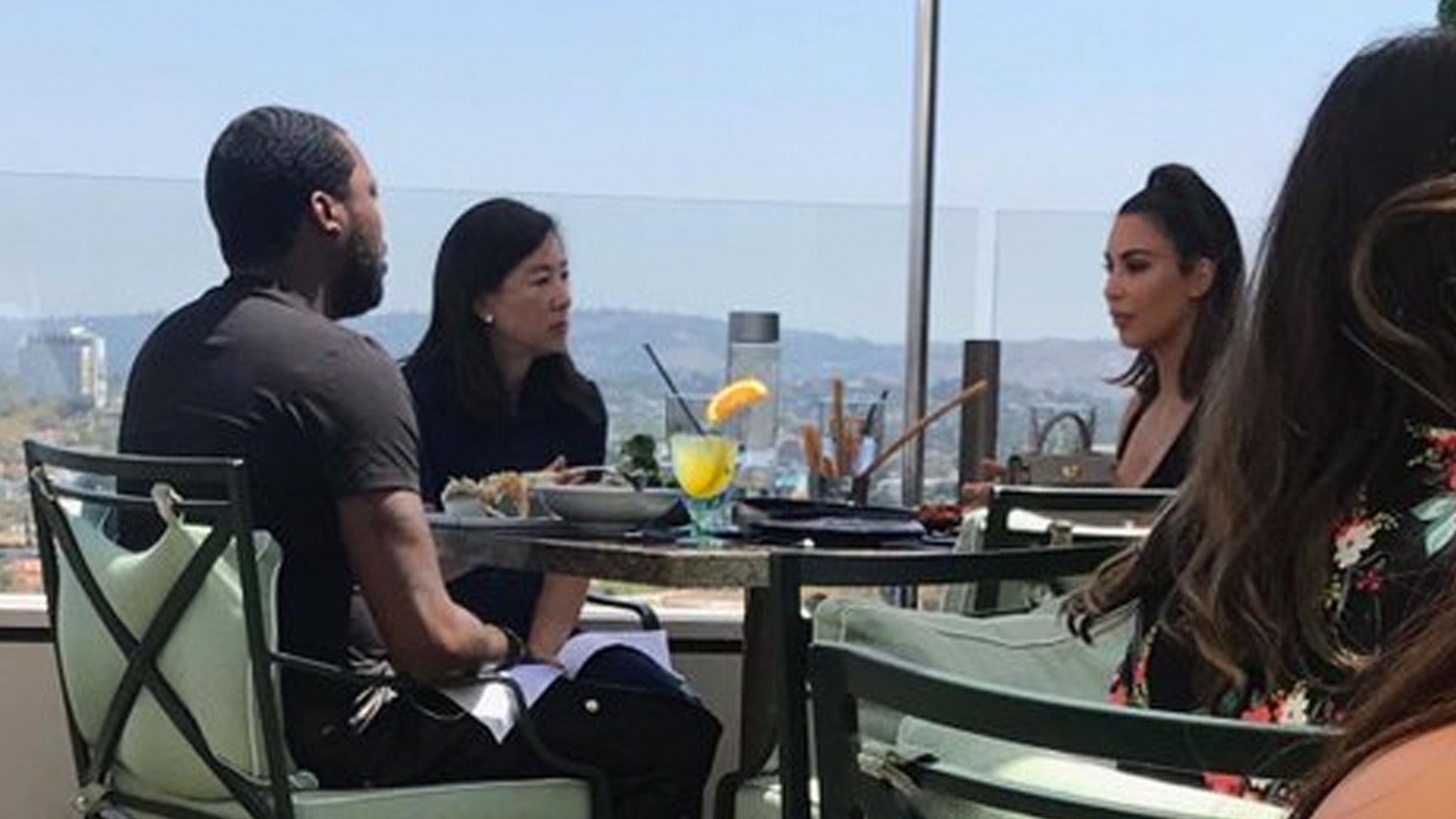 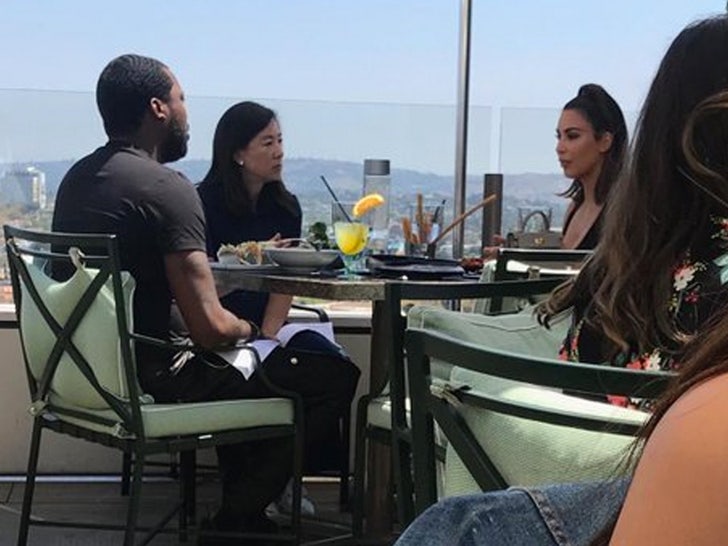 Kim Kardashian and Meek Mill‘s prison reform chat — along with philanthropist Clara Wu Tsai — looks like it was exactly that, plus some grub … based on a photo of the meeting that really upset Kanye West.

Here’s the photographic proof … Kim and Meek really did have a meeting on prison reform in 2018 at the Waldorf Astoria restaurant in L.A.

Kanye tweeted Tuesday he didn’t believe the meeting was legit and insinuated Kim was there to hook up with Meek. The photo makes it clear … this was a meeting, and nothing more. 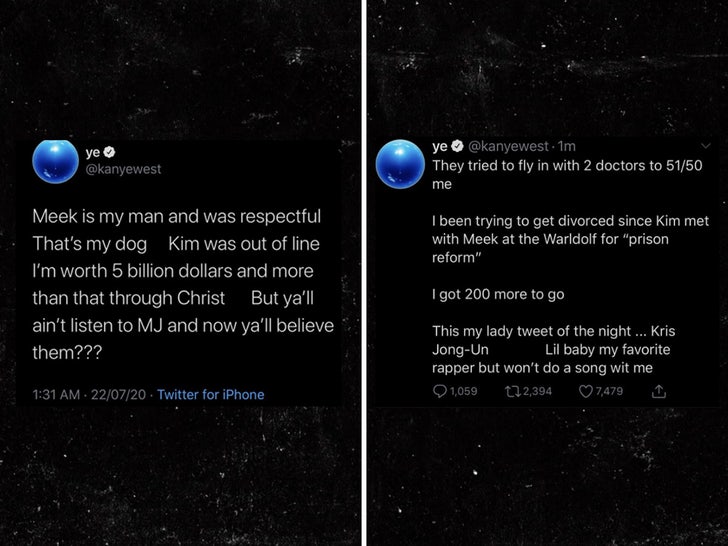 What’s unclear is Kanye saying he’s been trying to divorce Kim ever since. Remember, during his off-the-rails campaign rally in South Carolina Sunday … he raised the issue of divorce several times.

Of course, the photo just backs what we already knew and what Meek himself stated on Twitter when he wrote about Kanye’s allegations … “Sh** is cappp cmon …..” In other words … it’s all BS. 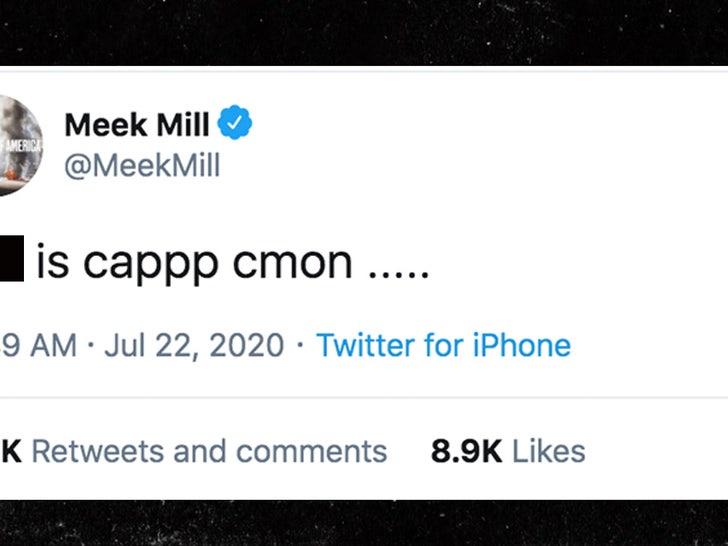 We broke the story … friends and family are deeply upset and concerned about Kanye because they believe he’s in the grips of a bipolar episode.

Kim broke her silence earlier this week by publicly acknowledging he’s in the middle of a serious mental health issue, describing how “incredibly complicated and painful it is to understand” … but also voiced her continued support of her husband.