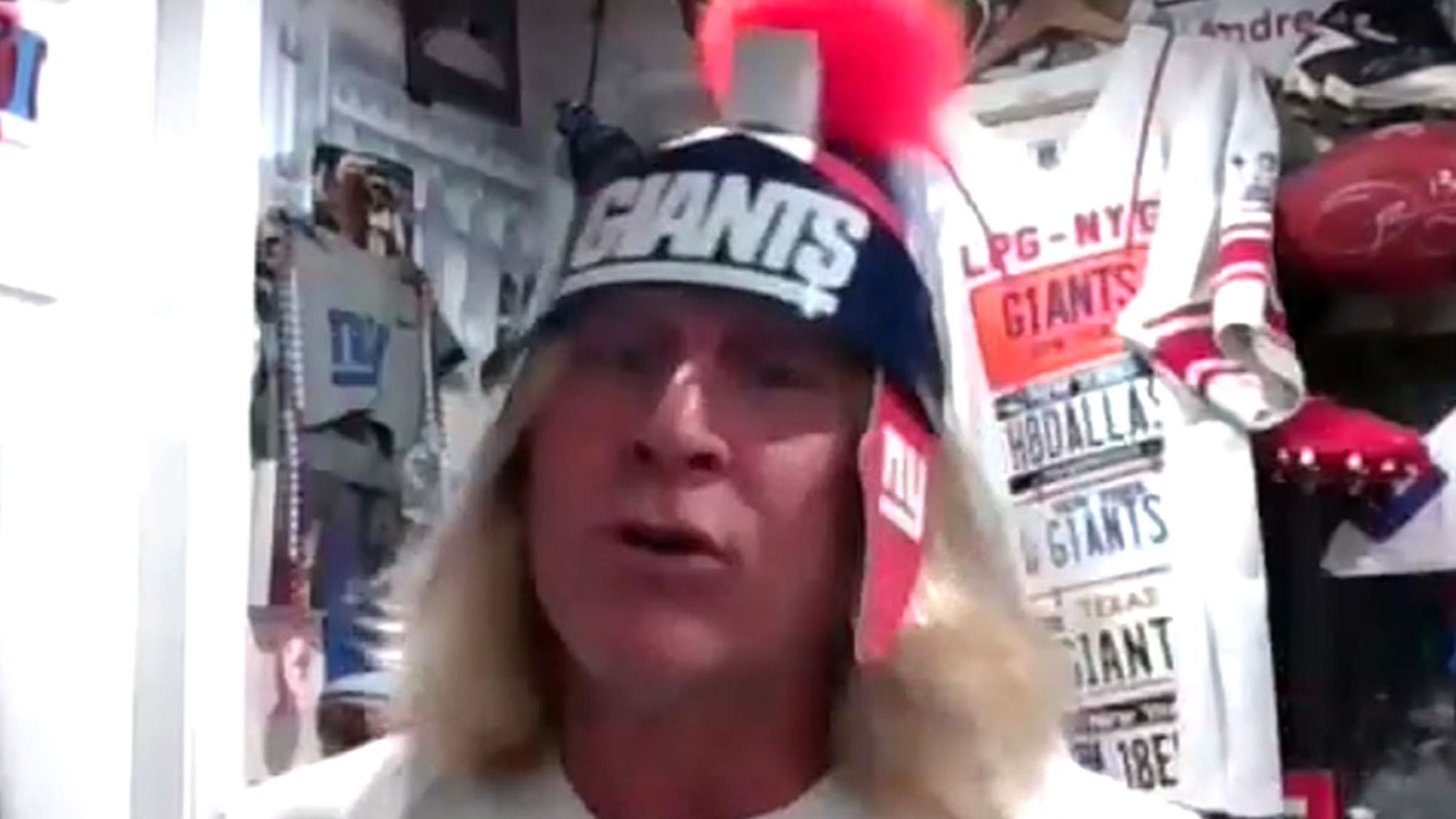 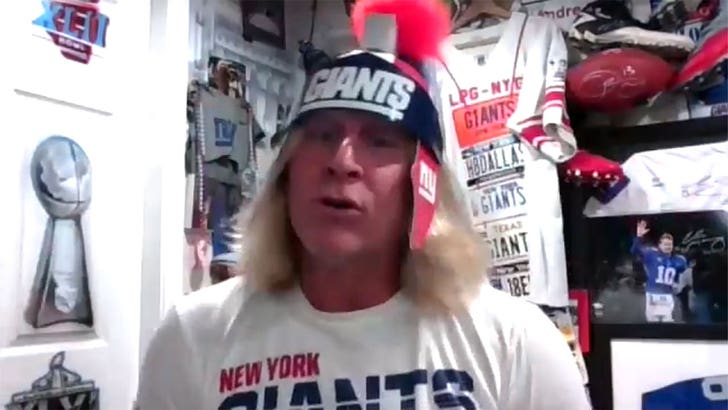 Iconic NY Giants super fan “License Plate Guy” says he understands why his team is implementing a no fan rule this season due to COVID-19 … but he tells TMZ Sports he’s still “devastated!”

LPG — aka Joe Ruback — is maybe the most famous Giants fan on the planet … he’s been to EVERY G-men game for nearly TWO DECADES, always showing up with NY license plates around his neck. 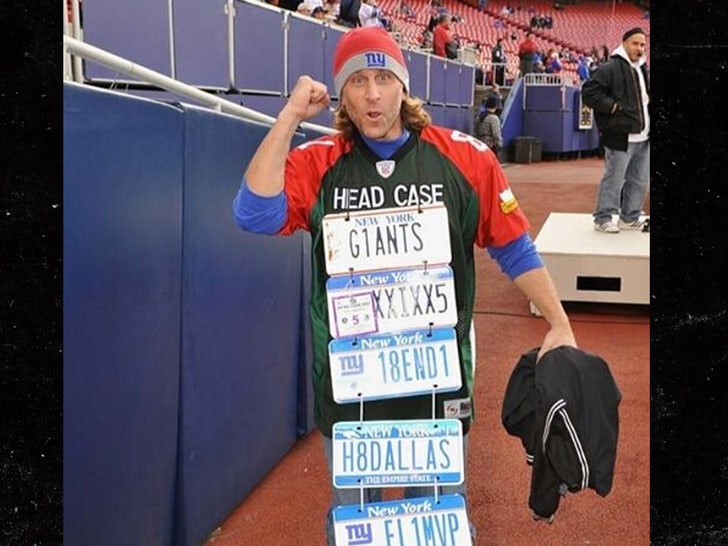 But, with New Jersey passing a rule this month that says no fans can come to MetLife Stadium this season … Ruback’s streak is now over — and he tells us he’s feeling pretty blue about it.

“We can sit here and talk about how devastated I am, and then you get the people that are like, ‘Oh, you don’t care about people’s health then!'” the 51-year-old fanatic tells us.

Ruback, though, says he’s still planning to make the most of the situation … promising to throw some epic watch parties to make up for not being able to cheer on Saquon Barkley in person.

“If you think I’m going to sit here in my basement, you got another thing coming,” Ruback says.

Fortunately for LPG … his ties to the team are still strong — he tells us he was just in contact with star receiver Golden Tate about the upcoming season this week.

Not a bad way to be let down if you ask us!