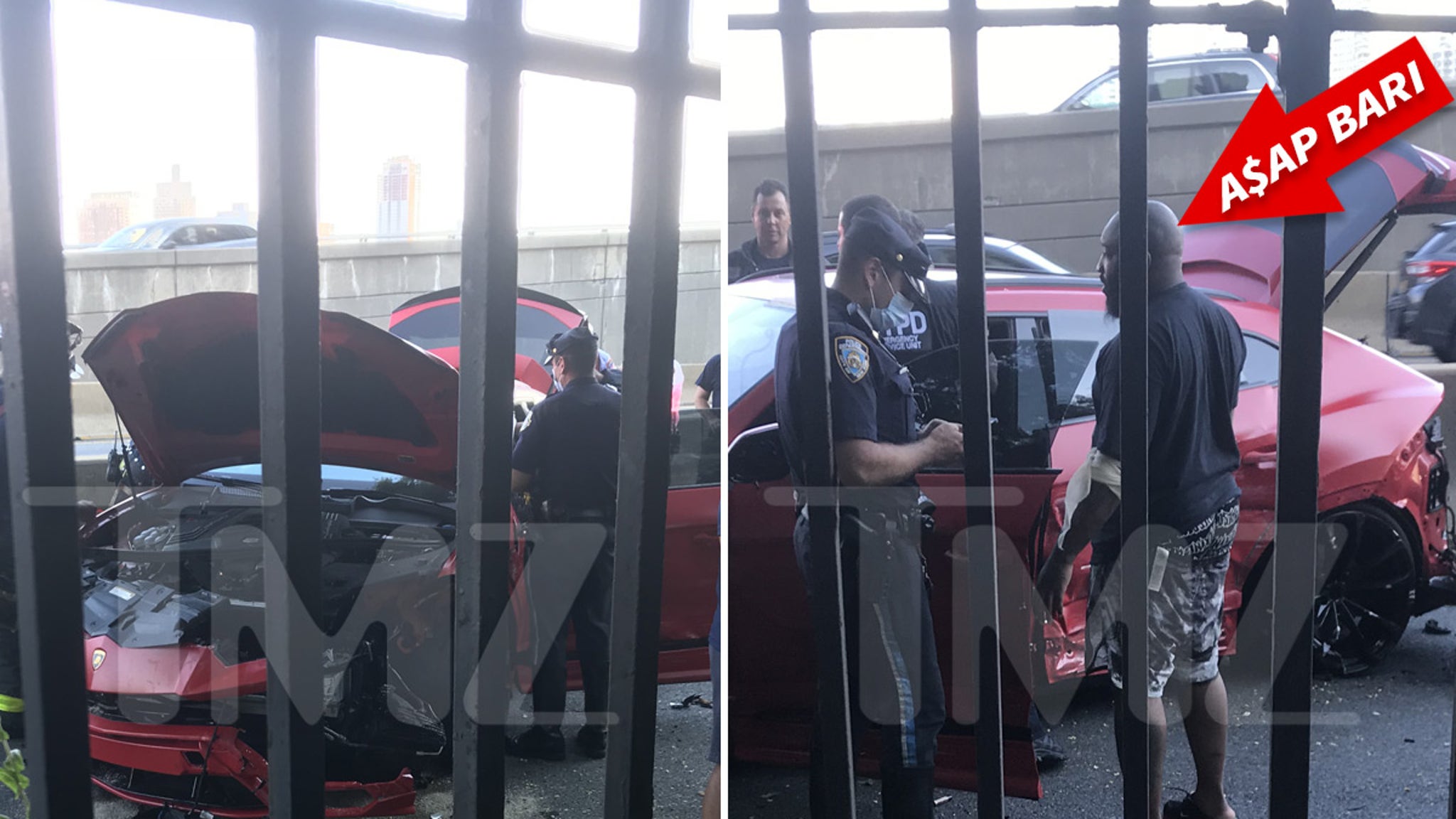 A$AP Bari was a passenger in a Lamborghini that crashed and spun out in NYC … sending 3 people to the hospital.

Law enforcement sources tell TMZ … Bari was riding shotgun Monday around 5 PM in a Lambo SUV that was driven by a 23-year-old woman. We’re told the woman tried to get off the FDR Highway at 49th Street, but she lost control, smashed into protective barriers … and then spun out.

Our sources say 3 people were transported to the hospital though it’s unclear if Bari, who suffered minor injuries, was one of them. As you can see from the pics … Bari seemed fine on the scene as he spoke to responding officers.

An eyewitness says they saw the Lambo cut across traffic trying to exit before slamming into the protective barriers. We’re told the tires blew out, glass shattered and airbags deployed during the crash.

No word on who owns the Lamborghini or what the damage is, but it’s a Lambo … so, it ain’t gonna be cheap. Assuming it’s not totaled.