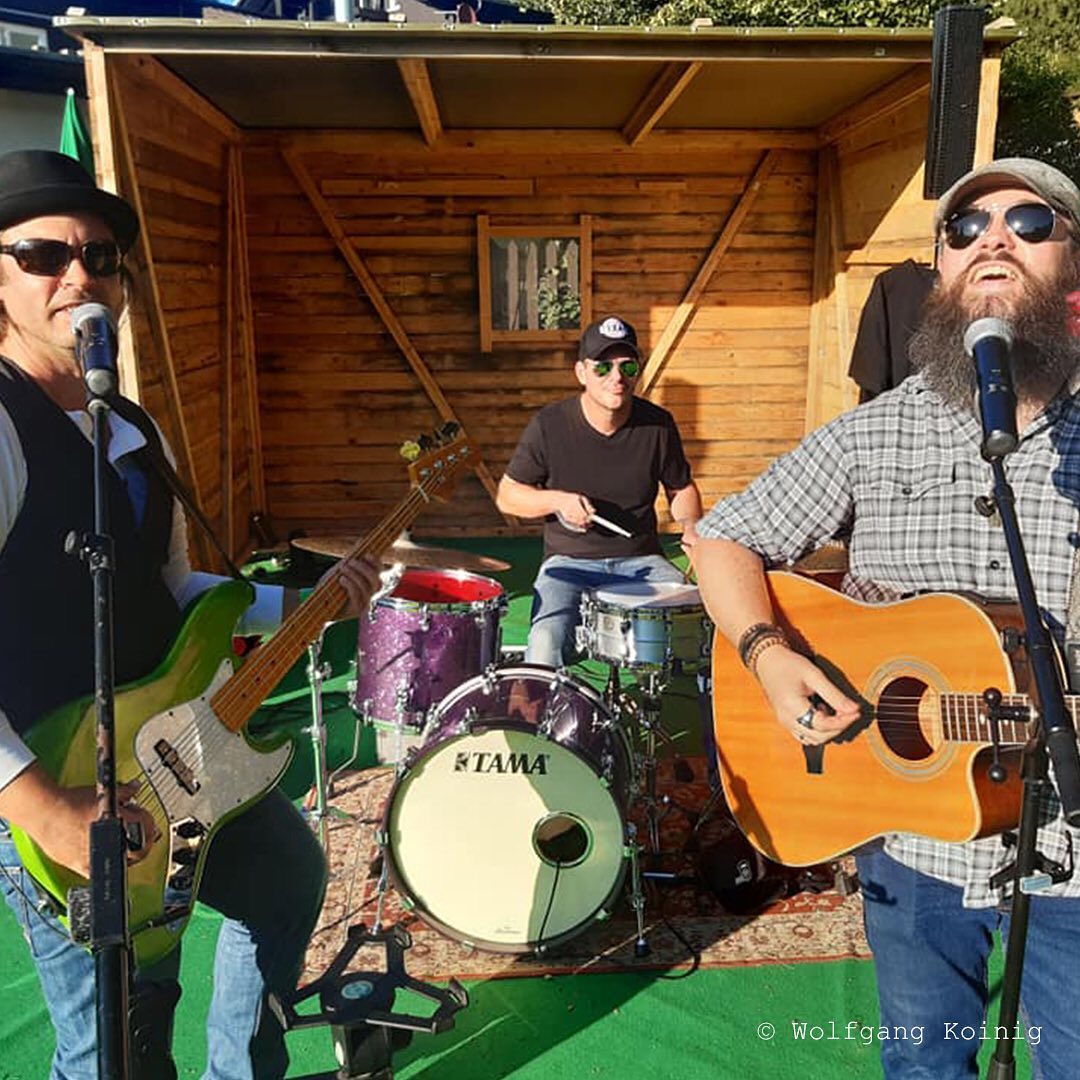 Miner slings the guitar and penned the 11-tracks on the album. He bridges together the European pub sound with the honky tonks of Appalachia. Miner, whose father is American and whose mother is Germany, was actually born in Poland. He grew up in Vienna, and spent some time in the United States. He is open about a gambling addition that landed him behind bars, and that honesty pours out into his songs. As a listener it’s easy to take some of the lyrics in gest, but at the end of the day, the depth in his words and his genuine artistry make Miner one of the most exciting artists in the indie scene today.

From the opener “Warm Welcome” with its smooth, electric guitar, to the get-up-and-dance “Border Town Bar”, Miner paves the way for songs like “Easy Street” to cement his unique brand of syrup vocals weathered with whiskey and rye. By the time “Everything But Modest” rolls around, the listener is ready and more than willing to succumb to Miner’s swagger and nuanced lyrics like “so let’s be honest, I’m everything but modest” as he sings of smoking a fat one.

The next few tracks “Whiskey & Weed” and “Sweet Codeine” reveal even more drug use, but rather than dwell of the seedy side of the culture, he puts to song the often enamoring, romanticized version of drug use. I think he does his best to make it not sound ‘cool’ but rather provide the listener with an honest dose of reality.

“Empty Bottle Blues” and “Strip You Down” have a way about them, with Miner’s relentless honesty and envious story telling skills into the spotlight. So don’t push me away, he sings, his heart a bit more on his sleeve in “Strip You Down”. And in the last three songs, “Nothing Good ‘Bout The Way I Live”, “Over” and “Last Words”, Miner again gives the listener a solid taste of his true soul; it’s a vision of an artist with much to say, and the gift of storytelling. His lyrics, and his amazing talent of song fluidity give the listener a chance to tattoo these songs in their brain.

Overall, Smile While You’re Wasted should truly be on everyone’s top 2020 list. It’s an amazing collection of songs that challenge the country music status quo. Fans of Kris Kristofferson, Waylon Jennings, Merle Haggard – the greats – will want to add these songs to their Spotify playlists. Better yet, get the album. Download it and dive quickly into the stupid fun world of Marc Miner.