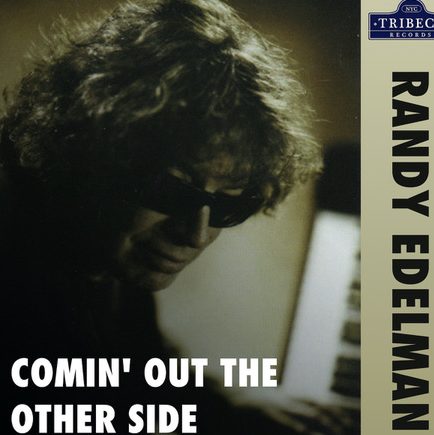 The opulence of piano couture and oracle Randy Edelman lies not only within his music compositions but also in the romance of his attitude, and the enchantment of the keys when his fingers glance at them often sounding like liquid mathematics, or perfumed smoke or operatic punk rock.

Spawned by the finale conclusion to a year and a half of global isolation, peering at magenta skies through gray concrete ghost towns, crying for the moon, and fearing Annihilation, “Comin’ Out the Other Side” should be shouted from the roof tops of every dwelling on earth in celebration. The spirited pop song is post pandemic anthem released via Tribeca Records (a SohoJohnny Enterprise) that suggests that happiness is the constant. It is the climate in which all things can thrive. Welcome the darkness, embrace it as a canopy in which the stars can hang. There are always stars when we are where we want to be amongst friends we love best. Each with our own place, each with our own purpose, as fixed and familiar as the constellations.

To refer to Randy as a legend evokes a fantasy, a tale, a fable conjured up out of thin air. However when I speak of him I speak of something real, a truth as tangible as flesh. Acclaimed globally as master film music scorer Randy has composed over 100 popular films including: “Last of the Mohicans”, “ Gettysburg“, “My Cousin Vinny”, “27 Dresses”, “Ghostbusters ll”, “ Kindergarten Cop”, “Twins”, and an endless array of others. He is also recognized for creating musical themes for the Olympics, ESPN, and even NASA. He has shared the stage with The Carpenters, Frank Zappa, and most recently Anthrax, Sister Sledge, Leon, and others. He has also written songs for the biggest pop stars on the planet including: Barry Manilow (Weekend in New England), Patti LaBelle (Isn’t it A Shame): Blood Sweat and Tears (Blue Street), Kool & the Gang (Amore, Amore), Nelly (My Pace), and so many others.

Recently Randy has released the original motion picture score of Ghostbusters ll via Sony Masterworks, and songs from the musical “Shortcut” inspired by the construction of The Panama Canal. Coming out later this year the film “SKELLY” will be released, starring Brian Cox (HBO Succession) which is also scored by Randy Edelman.

The official website for Randy Edelman may be found at https://www.randyedelman.com