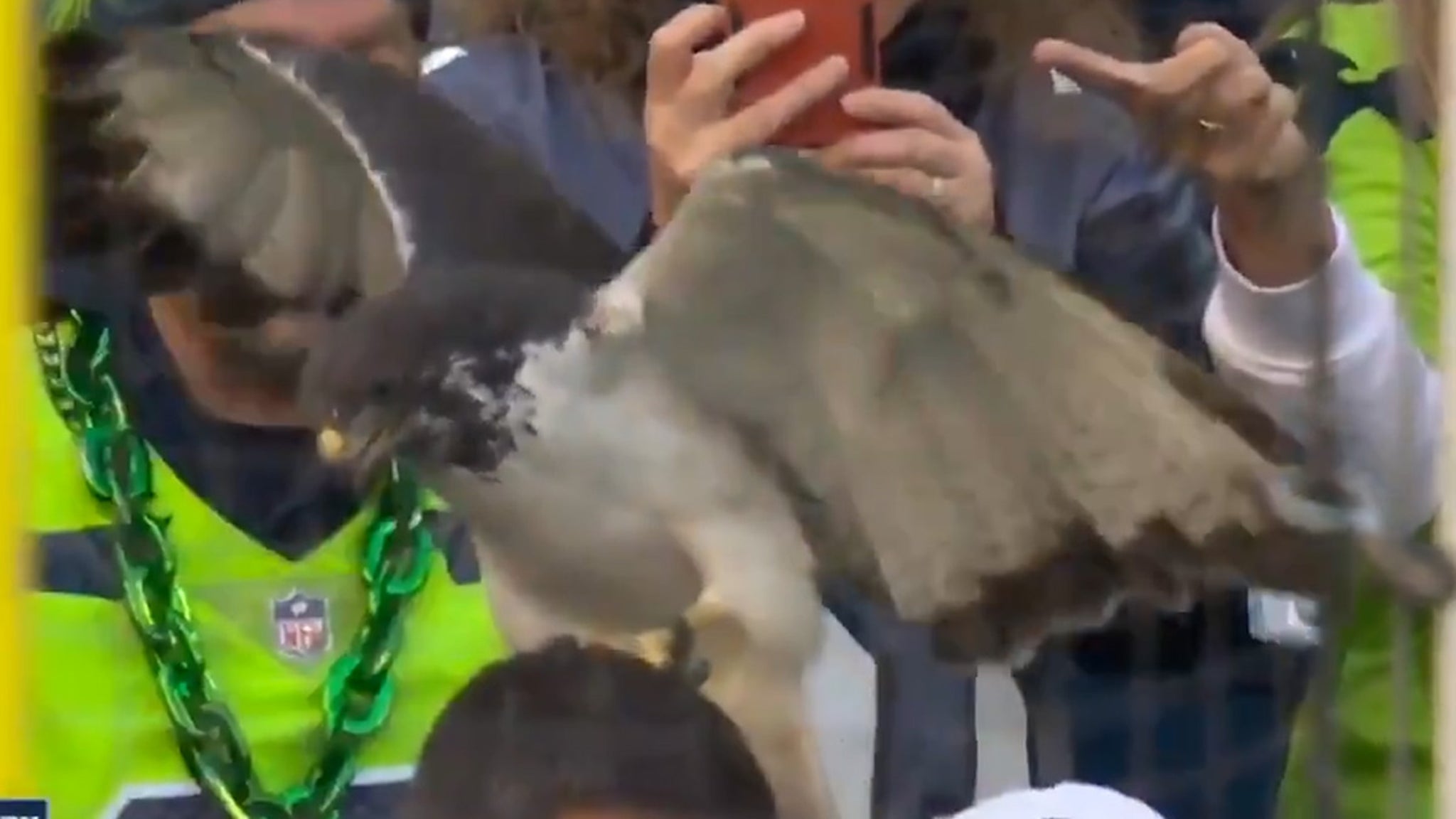 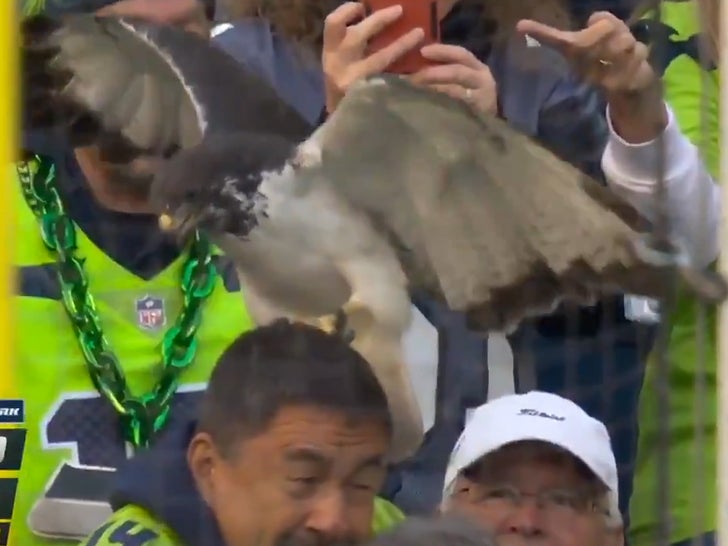 A lucky fan (or unlucky, if you’re not down with talons gripping your head) just got an exclusive Seattle Seahawks experience — when the team’s mascot, an actual hawk, landed right on his dome during Thursday night’s game.

The feathery moment happened when the Seahawks faced off against the Los Angeles Rams Thursday Night Football in Seattle.

At the end of the first quarter, Seahawks’ mascot Taima the Hawk — who leads the team out of the tunnel — decided to explore a bit instead of flying back to her handler.

And, ended up in the stands on top of someone’s head!

It was all caught on the TV broadcast … you see Taima landing on top of a Seahawks’ fan, flapping her wings, trying to get a grip on the guys head (ouch).

The onlookers seem to be lovin’ it (it’s not their head a big hawk’s standing on.) Somehow, the fan stayed calm and collected the entire time … and Taima eventually flew back to her handler.

This isn’t the first time Taima has surprised a fan — in 2014, she landed on another man’s head right before her team took on the New York Giants.