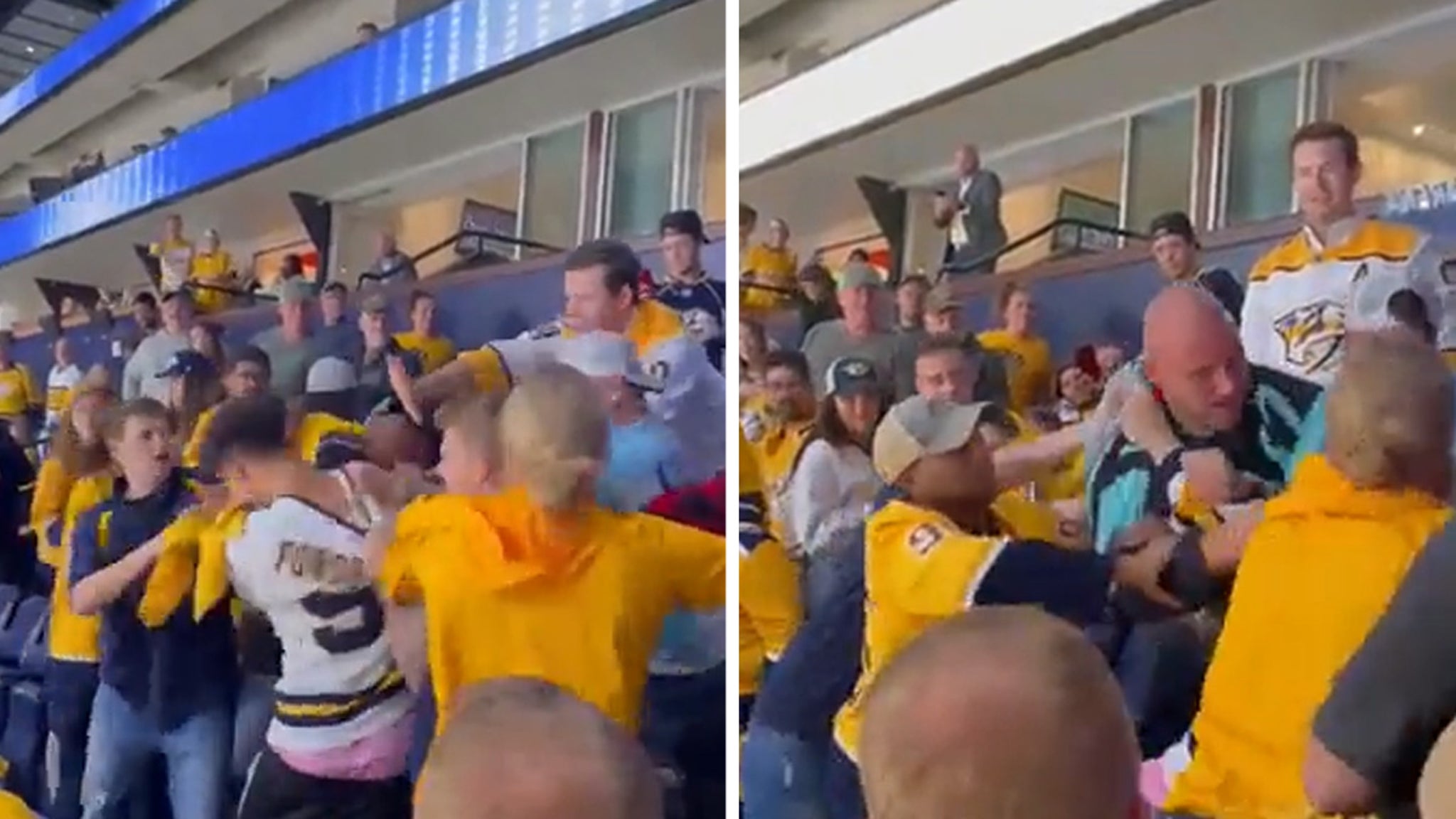 The Predators vs. Kraken game Thursday looked more like a Mike Tyson fight — at least in the stands — ’cause fans of the two teams got in a wild brawl where they threw HEAVY uppercuts at each other.

The scrap all went down at some point during Seattle’s 4-3 win over the Preds in Nashville … when two guys kicked off an insane melee by throwing hands.

Five each for fighting pic.twitter.com/gnQxUn3WvK

Two separate witnesses filmed the fight … and you can see in the clips, it appeared to begin when a Kraken fan began throwing right hands at a Predators’ fan’s face.

At some point, though, the Preds supporter was able to break free … and he threw some huge uppercuts of his own that appeared to land flush.

Was sent to me from a source tonight. Cannot name said person. pic.twitter.com/OOLTZf8DcO

Another man came into the scrum several seconds later and landed a big punch on the Predators fan … but, eventually — and thankfully — everyone was held back before more damage could be done.

Unclear if the guys were injured, or if they were arrested. We’ve reached out to cops, but no word back yet.