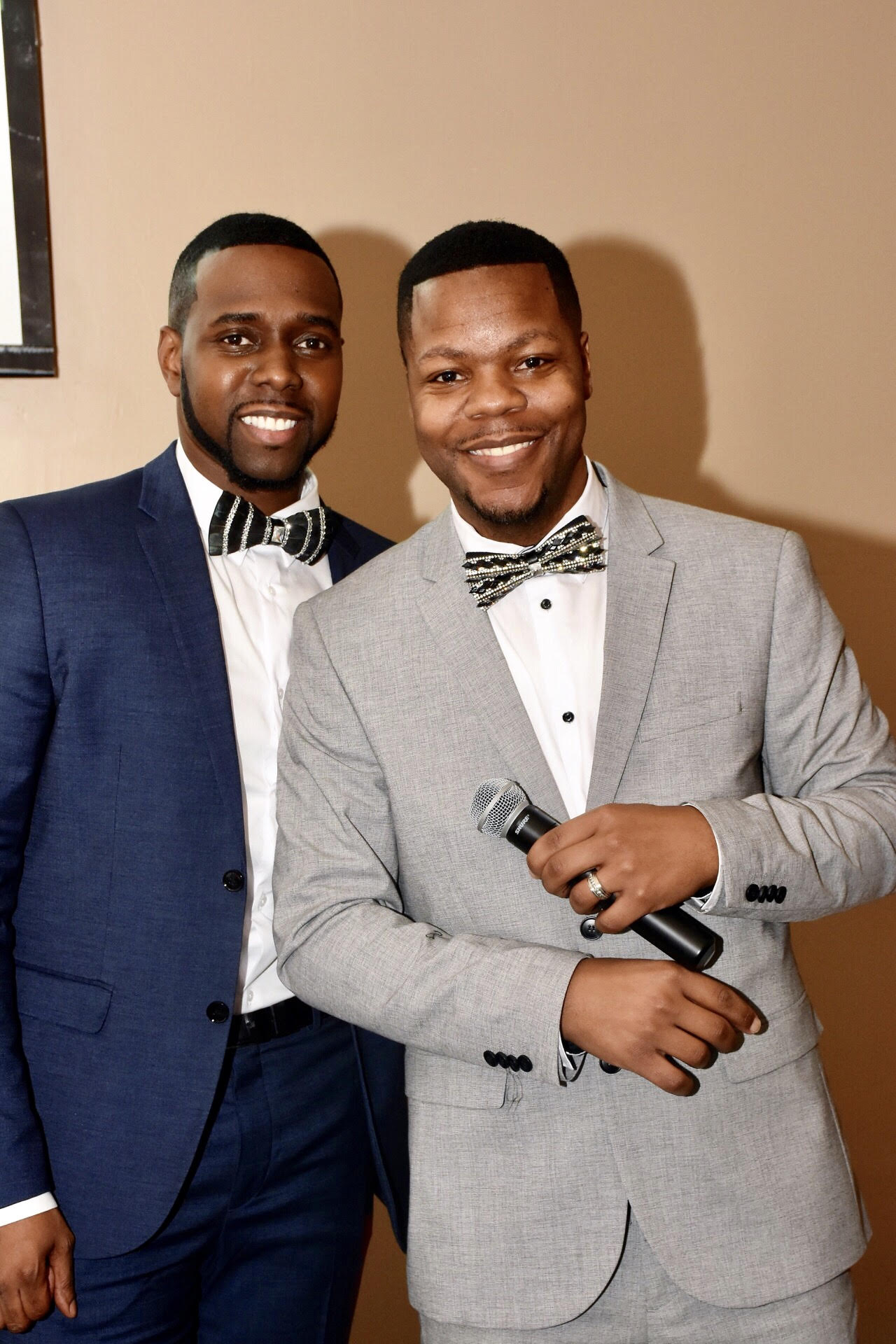 We are lucky to chat with ArieCan Productions today! How are you doing? How has 2022 been treating you so far?

Thank you for taking the time to interview us . We are so blessed to be honest. So far 2022 has been amazing for us. From selling out twice at the movie theater for the premiere of our two new shows Secrets (a drama) and Dear Diary (a comedy). To signing with a phenomenal PR firm that’s been setting us up with awesome interviews like this one. 2022 is definitely our year.

We would love it if each of you told us more about yourselves and your stories and where you are from!

We are Larry & Leonard both born and raised in Baltimore, MD. I’m (Larry) the oldest of four kids raised by my grandmother who meant the absolute world to me. I’m also a self-published author of my first memoir called ‘The Mask’. In the book I talk about my tumultuous childhood and how I overcame obstacles that led me to where I am today. And I’m (Leonard) the oldest of five kids raised by my mom and grandmother. I’m working full time, in college finishing my master’s and operating ArieCan whew. I’m busy lol. Being filmmakers was not something I saw myself doing, says Larry. I just wanted to be an extra in a web series I saw on YouTube and after being ignored Leonard and I decided to create our own series and it literally blew up from there. That was back in 2017. A fun fact about me (Larry) I never saw myself being a filmmaker. I always wanted to be a pastry chef, I went to culinary school and everything for it lol. A fun fact for me (Leonard) I used to do print modeling in my early 20’s I really loved it. I’m very good with numbers and math is my favorite subject.

If you could pick one person to star in one of your films – who would it be?

It’s so many but we would have to say, Angela Bassett. The way she transforms herself into her roles is just amazing. She’s such a talented woman and we would love to work with her one day.

What has been the most difficult part of breaking into the film industry?

The most difficult part in the beginning was that no one wanted or was willing to help us. But the blessing is that we were forced to learn everything on our own, literally everything and we have a deeper appreciation and respect for each aspect of filmmaking. Even though we still don’t receive any help from anyone we manage to continue to find ways to perfect our craft year after year.

Tell us all the info on your latest projects.

Our new comedy Dear Diary, was one of five (5) show concepts that we came up with in 2016. At the time we saw that comedy was missing from tv, everything was so heavy so Dear Diary was something that had to come out at the right time and once we got started it snowballed into this one-of-a-kind comedy that we have today. Secrets had a different name when it was first conceived back in 2017. But the name change was one of the best decisions we’ve ever made because that name literally explains everything that’s happening in the series. Yes, there are lots of dramas out now but there is nothing like Secrets on TV and that needs to change. Secrets is the type of show that will have you hooked within the first 10 minutes. It’s a different kind of drama because we’re from Baltimore. Our creativity is different and that’s one thing that makes us stand out from the pack.

Share with everyone the best way to check out your projects and keep in touch with you.

You can follow us on Facebook, Instagram, TikTok @ariecanproductions and on Twitter @ariecanproduct1. Our two new shows Secrets (drama) and Dear Diary (comedy) will be streamed from our website ArieCanProductions.com. We offer monthly and yearly streaming packages. You can also get caught up on our very first series, Chapter 2. That’s the show that put ArieCan on the map. We also have a reality show filmed already (we actually filmed that show in between filming Secrets and Dear Diary, we were filming 3 shows at the same time) and we’re planning on releasing two more shows by the end of 2022 so ArieCan will be very busy this year.