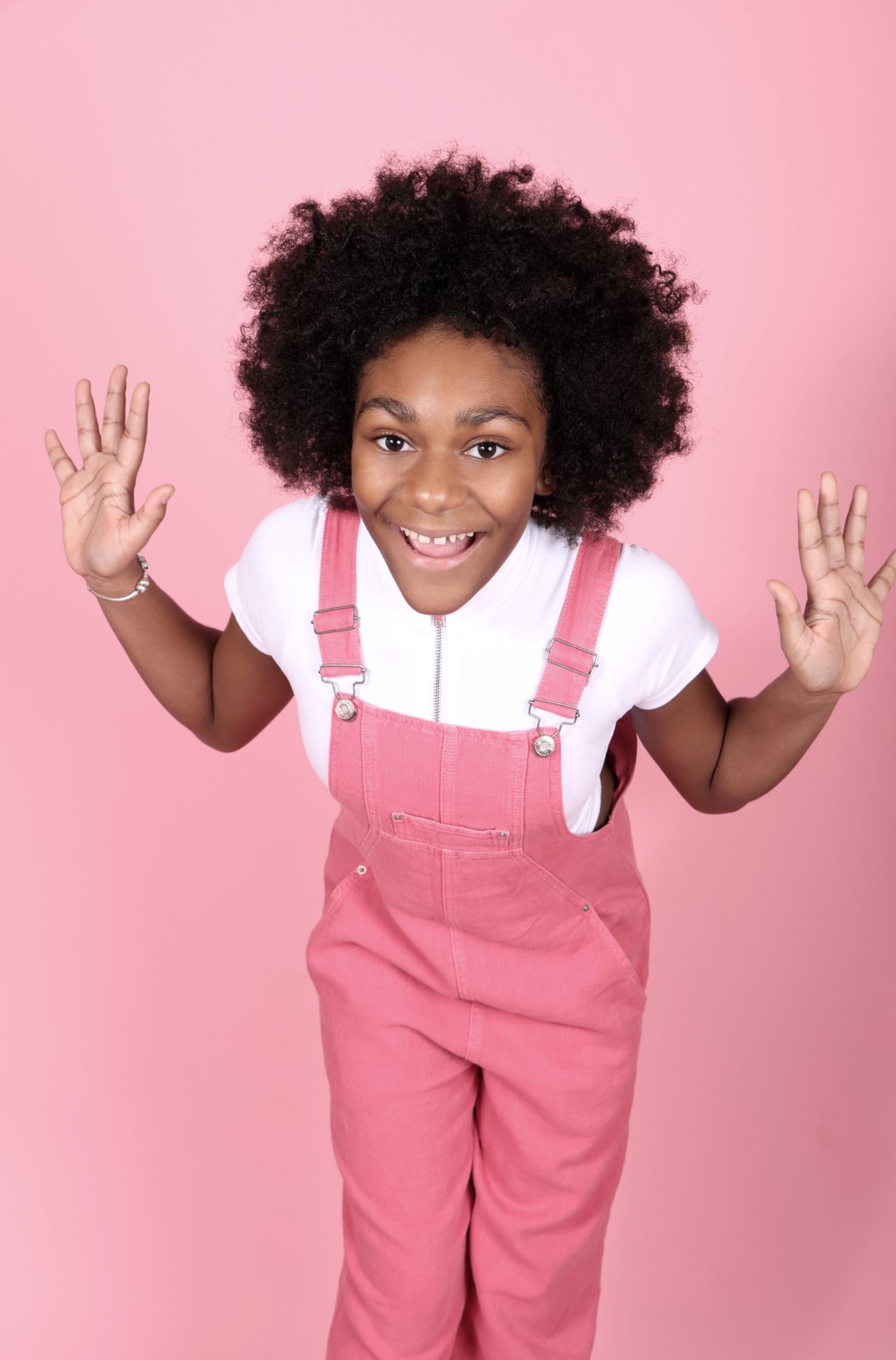 Milanis Clark scoring the role of Young Alline in the new Broadway production of Tina – The Tina Turner Musical may prove to be one of the key turning points in a performer’s career when they “level up” and new possibilities open. The eleven year old Afro-Latina New York City native is a hometown girl making good appearing in this musical, but she has already paid her dues at this tender age.

Her years spent competing in talent shows, school productions guided by School House Rocks, singing in local restaurant, and taking part in the Michael Jackson vs. Prince Collections gives her a firm basis to work from. She’s definitely not afraid to take chances. On the other end of appearing in a Broadway musical, Clark’s recent appearance in the Disney+ production Better Nate than Never shows that the smaller screen is just as ideal a forum. Sharing the bill with performers as diverse as Joshua Bassett, Aria Brooks, Lisa Kudrow, and Rueby Wood is a feather in her cap.

The Harlem, New York native can’t be categorized in a token way. She’s in the process of building a YouTube presence as well with her new channel Mila Tales where she can give full vent to her personality. Her passions for paining, funky glasses, and dancing are important parts of a boundless personality. She has an infectious enthusiasm for life and her art that will draw admirers of every stripe.

She has the right people supporting her every step of the way. Her mother has worked with Lisa Lisa and Cult Jam for many years as a dancer and co-founded the nonprofit Designed by Dance, Inc. The attributes driving her mother have been passed on to her daughter, but the good sense underpinning successful careers is there, as well. Clark’s stepmother Toni Menage is a highly rated performer in her own right, particularly noted for her singing, but she is also creative director and personal manager for Lisa Lisa and Cult Jam. Having people like this you can call upon for advice is priceless.

You get the feeling this is the calm before the storm. Step back, appraise Clark’s career trajectory, and you can see the steady ascent. She began the journey at three years old wowing diners in local restaurant with her vocal gifts. Clark soon became a talent show regular, distinguished herself in school productions and the Michael Jackson vs. Prince Collections, all of it setting up another steep climb. She’s a Broadway actress before entering junior high. There is no limit where she can go and it seems like the next place may be rarefied air.

Let’s keep an eye on her. Everything this young lady touches will likely sparkle with the same charisma she possesses in every-day life, and it isn’t difficult to see continually seeking out larger and larger challenges in the years ahead. There is nothing so far that suggest she won’t overcome them all and it will be a great thrill watching them fall.