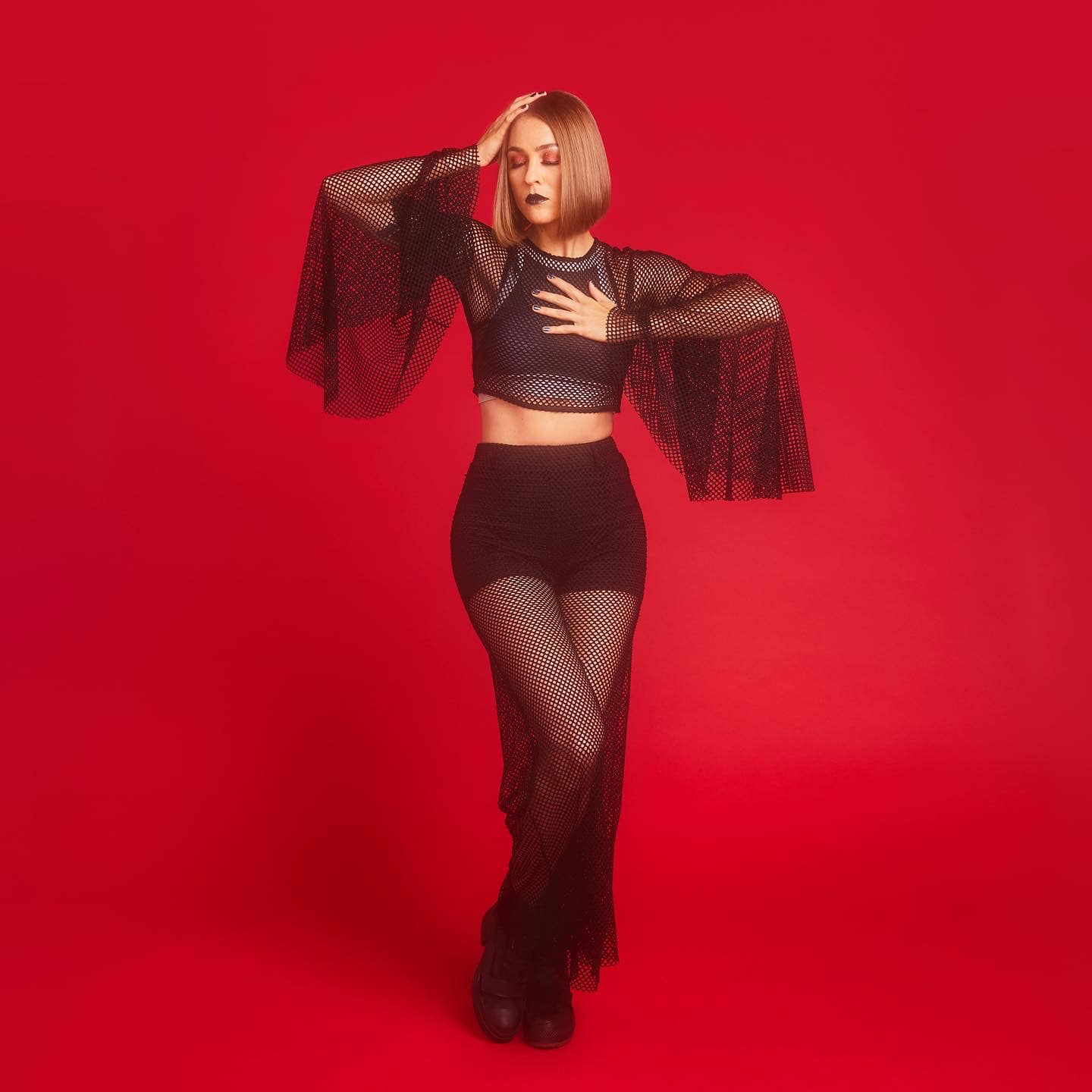 Modern pop music is the modern wild west. There’s gold in them hills, and the wildest part about the untapped potential of modern musical acts is that they could blow up right out of their bedrooms. I could be mistaken, but I’m almost certain the name Billie Eilish means something to you… and she’s just one of the hundred bedroom pop artists that have seen a spike in success in light of the pandemic. In 2020, Brenda Carsey was busy working on her album Box Cutter as a response to the global insanity happening right outside of everyone’s doorstep; featuring a variety of genres, sounds, and scopes, the LP was an artistic success and, as of now, Carsey’s most recent full-length outing. Using the last two years to feature on a variety of tracks, Brenda Carsey honed her skills to be as sharp as possible and now she’s back with her second single of 2022: “Party’s Over.”

While the “bedroom pop” allegory doesn’t fully work with what Brenda Carsey has going on here, there’s simply no denying the infectious pop hybrid genre is alive and well within “Party’s Over.” Wrangling a sound similar to pop-symphonic Panic! At The Disco’s album Death of a Bachelor, there are strings, woodwinds, and a full band to throw you for a loop. “Party’s Over” is unlike anything else you’ve heard on the airwaves these days, and Carsey is more ambitious than most artists you’ll hear releasing music this year as she tackles everything from the entirety of the song’s writing and composition to the production. It’s such a sharp production, job, too, and that’s how you know Carsey is a pro.

“Party’s Over” is a pop song by day, and a gentle heartbreaker by night — keying into elements of Fiona Apple and Father John Misty, there’s a sharp cynicism that pervades the entire track, and much like the aforementioned two musicians, Carsey has vocals to back up the comparison. The lyrics are upbeat enough to work in favor of a mainstream pop song, but the smart duality of the prose works both ways and gives Carsey a chance to have her cake and eat it, too. The sharp ear for saxophone and piano harmonies against her fluttery-yet-powerful voice isn’t something you can just flaunt on your first outing, so audiences are given the impression that a single as ambitious and as layered as “Party’s Over” is something Carsey has been working towards for some time.

The single comes with the tempting concept of hearing a jazz-club-style reinterpretation of the track, bringing it down to a bare-bones performance of just vocals, piano, and tasteful orchestral notes — it could be a fun way for Brenda Carsey to further flex her bravado and skill, but there’s plenty of that still to be had within the original single release. “Party’s Over” is a single like no other, especially when compared to the modern music that currently finds its way into the limelight. Don’t sleep on this breath of fresh air, this is one party you can’t not RSVP to.