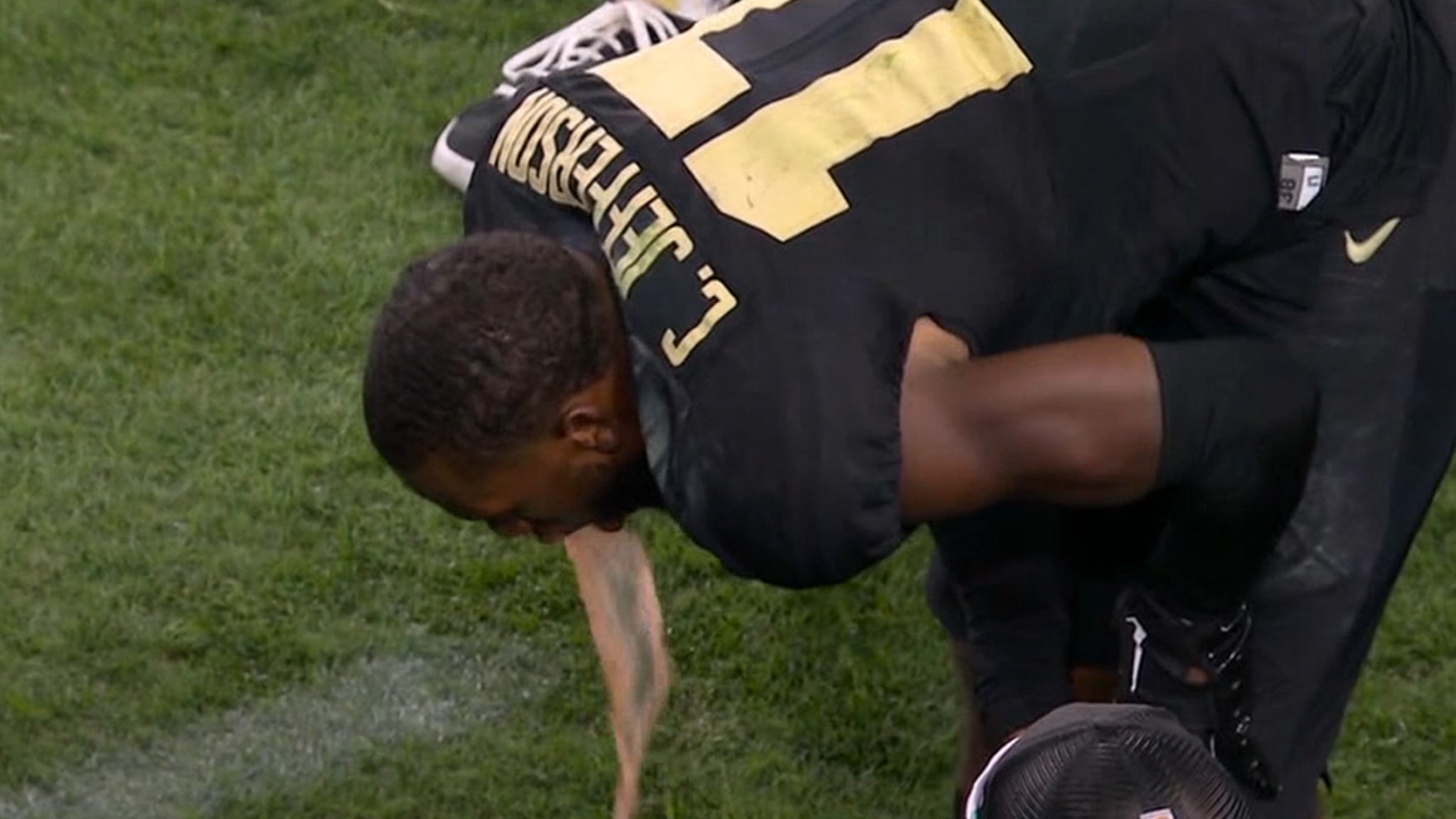 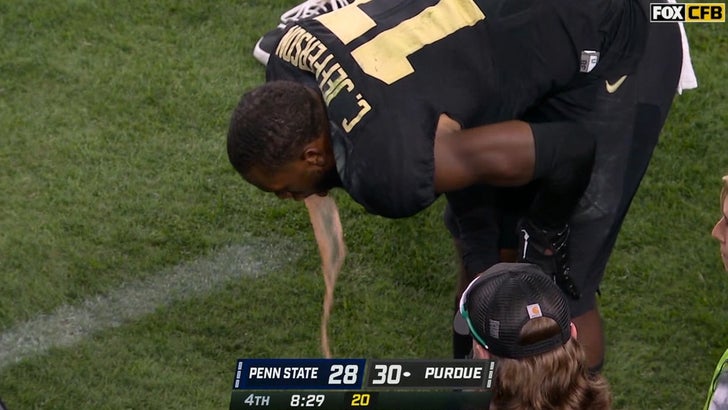 Purdue Football player Chris Jefferson was the hero of the team’s defense, but it didn’t come without a nasty price … as evidenced in the massive pile of puke he produced after scoring a pick six.

Check out the video, Jefferson intercepted a pass for the Boilermakers late in the game Thursday against Penn State. He takes it 72 yards for a score … and it’s clear to tell he gave it his all once he hits the sidelines. 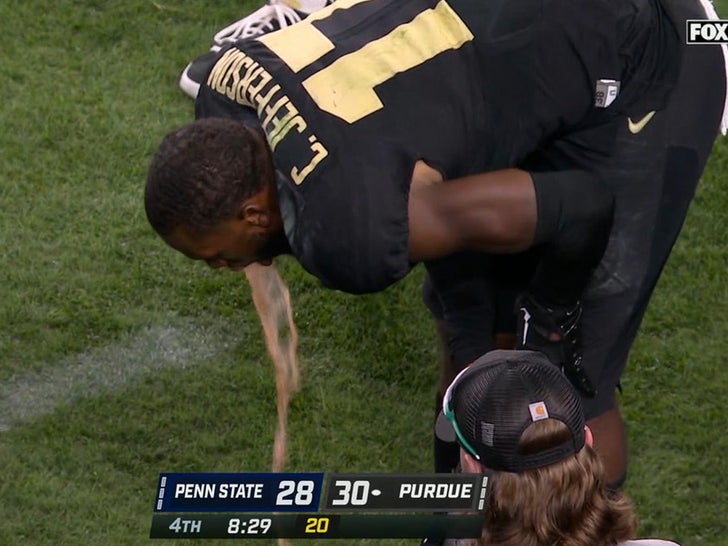 Jefferson’s stomach unleashes a fury of liquid. Joking about the incident after the game, Jefferson wrote, “I been tryna eat too healthy all week.”

The good news … the score gave Purdue a 31-28 lead over Penn State, but the team would go on to lose 35-31 after a late touchdown from PS.

As for Jefferson, talk about a gutsy performance.