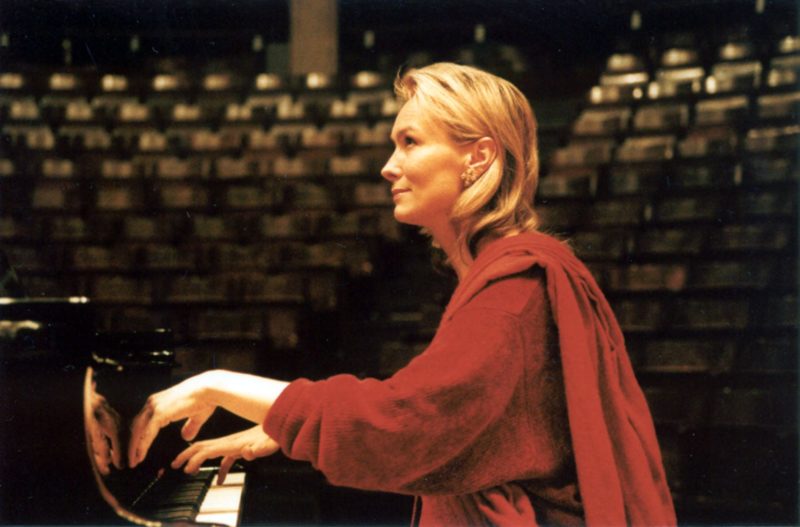 Passion can be presented in a record in a lot of different ways, but when Elizabeth Sombart is using it as a tool for expression in her album Singing the Nocturnes, we’re not only able to experience her love of music but that of Chopin as well. Sombart interprets Chopin’s compositional whims so brilliantly in her last record that a lot of critics have deemed it one of the more inventive and embracive LPs of its kind to debut on record store shelves in the last year, myself included, and not without due cause.

Whether you’re a trained music critic or a casual classical fan, solid performances in A-Flat Major and C-Sharp Minor account for a colorful backdrop this performer isn’t inclined to use frivolously, and being that Grammy buzz has been following her around seemingly since the release of her last album, it’s unsurprising that affection for her previous works like Motzart & Beethoven: Piano Concertos has been spiking with considerable strength, even for an artist of a higher caliber talent such as herself.

There’s so much tonal presence to the music Elizabeth Sombart records, and yet I’m disinclined to liken her charisma to sonic depth alone. She might not have written a single note of music within Singing the Nocturnes, but her presentation breathes a natural vitality into the material that isn’t normally found in a release exclusively centered on one artist covering another. In all actuality, Sombart never “covers” anyone – she’s reimagining the story they wanted to tell in her own words, which translate as melodic vibrations from the piano as opposed to traditional linguistics we might anticipate out of a standard pop recording.

Her provocative influences, which span the globe from French traditionalists to more experimental fronts in the Middle and the Far East, are evident not necessarily in the framework of the music but in the manner of execution she utilizes from one studio session to the next (which has ironically become a point of consistency between the different albums in her collective discography).

She’s always pushing herself, and as much is made obvious when looking at any sporadic set of songs she’s recorded in the past fourteen years, but within the limits of what allows her to be focused, disciplined, and more connective with her audience and the mood she’s trying to convey to us.

Grammy hopes are running high for Elizabeth Sombart at the moment, and if I were in her position I would be feeling very excited about my chances right now. Singing the Nocturnes is a watershed release for her body of work, and for a genre that rarely allows for exuberance to spill in between the lines that separate tone and tempo, she gives classical fans a lot of stimulation to contend with inside of its complete tracklist. Sombart isn’t the kind of player we would expect to hold back when she gets into the recording studio, and everyone who has come to anticipate a lot of charm from her output isn’t going to be disappointed with her continued efforts anytime soon.