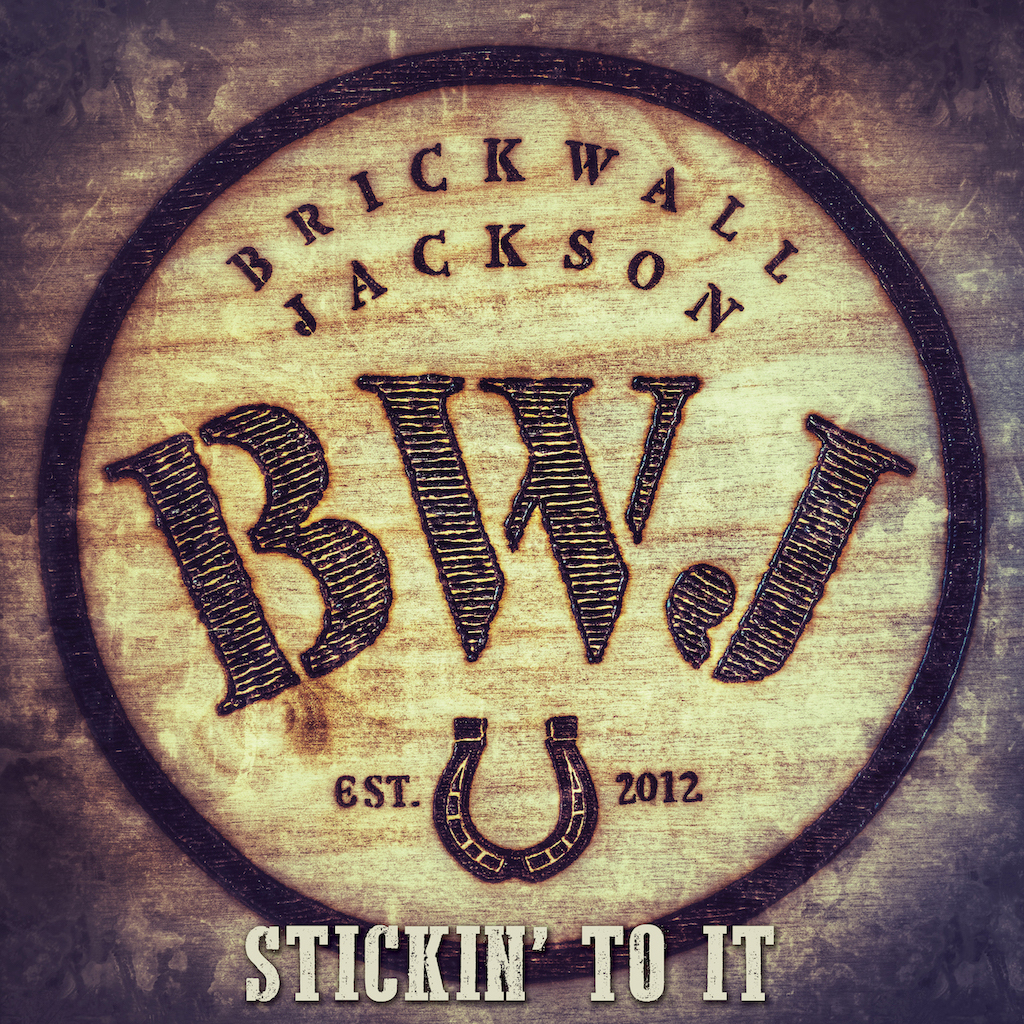 Is it alt-country? Is it Americana? Fans dispute exactly what niche Brickwall Jackson falls into, but what is clear as day is their talent to create non-repetitive sound in their new album Stickin’ to It, each track ricocheting off the previous, developing into something creative, newfound and unique. The expertly placed organ, base, banjo and harmonica flows seamlessly throughout the album and emphasizes Brickwall Jackson’s music history knowledge, flashing the listener back decades, feeling nostalgia in a fresh, innovative way.

Their album begins with “Begin,” ironically, preparing listeners for the upbeat twang that ties the album together and foreshadows the rest of the album’s future.

“Who’s Gonna Love You” displays use of harmonica in the first few seconds of the track and propels the song into a borderline blues category and screams Virginia in all the right ways.

Most of the songs, even when mellow, are still upbeat, and clearly spotlight their high-energy, leaving the listener craving an amazing live show experience with them in an intimate venue and a tall, cold beer in hand.

“Real Men” is one of their stronger songs; the base carries us through lyrical intrigue and quirk, much like a later track, “Whisky Dick”. Some of the words are humorous and thought-forward: “skinny jeans and rompers just don’t light my fire” (they don’t light mine either, too 2010s…), and some are humorous and questionable at best: “can’t form an opinion, cuz I ain’t P.C.” Electric-organ funk couples with the continued base during the last 40 seconds, adding unexpected tunal diversity and playing off historical country roots, making Brickwall Jackson look well-researched and astute, giving them leverage in the crowded Americana scene. Perhaps why alt-country is considerably a supplementary way to describe them. It is hard to tell if the lyrics from “Real Men” are satirical or serious, but does it matter? That’s what makes it so entrancing.

I’m not necessarily bothered by their choice to keep some songs, like “Gun Truck,” lyrically bare. It showcases Johnny Hudak’s raw guitar expertise, another key element of this album’s success.

“Whisky Dick” pays homage to the lovely liquor that turns a lot of male booze drinker’s nights upside down in the most unfortunate way possible. What type of liquor gives you confidence to successfully take home a lady yet disappoints you when it doesn’t achieve the results you were expecting? Whisky. Reminiscent of the supreme quirks Toby Keith’s “Red Solo Cup” emanates with only half as much cringe factor, Brickwall Jackson did a great job of inserting a culturally quintessential comedic track about alcohol into the album. My only two questions: what kind of whiskey? And how much?

P.S. Can we discuss the band’s choice of name? A play on Stonewall Jackson, country music star who peaked in the height of honky-tonk in Country’s golden era? Who was named after the Thomas “Stonewall” Jackson, a Confederate Civil War General? Is the band’s name an unspoken triple-entendre? And why brick, which has a much lesser shelf life, and is way more malleable than stone? That itself is food for thought, let alone the entire album, which is so cross generational it leaves me perplexed, in all the right ways. Perplexed that a band can go from Tom Petty to honky-tonk to Joan Jett to alt-country in a seamless and organized fashion. Bands like Brickwall Jackson do what they do out of love for the craft, and this will ultimately translate into higher-level success if they keep up the momentum and create more music with oomph and love.