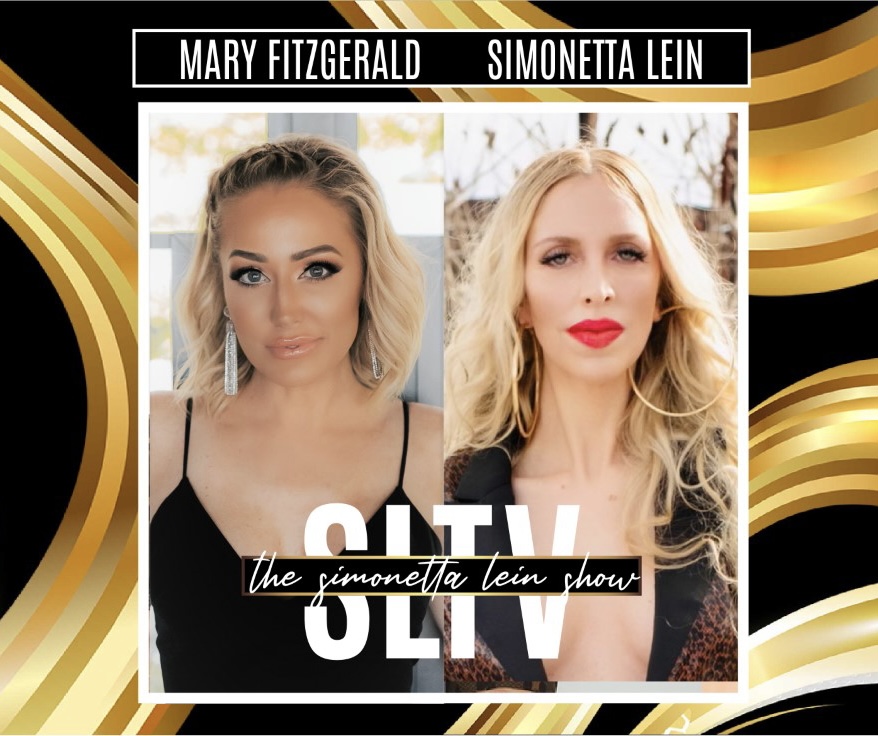 As #TheSimonettaLeinShow continues its 5th season, the show welcomesstar of the hit Netflix reality series, Selling Sunset, Mary Fitzgerald! Mary is the Vice President at the real estate brokerage, The Oppenheim Group, and the longest member to reign on the Oppenheim staff. As you all know, the fan favorite Netflix series, Selling Sunset, follows the lives of elite real estate brokers selling the luxe life to affluent buyers in the Hollywood Hills and Sunset Strip area. Most recently, Mary sold her highest priced home, a 10,000-plus square-foot Tuscan villa built in 1928 for $35 million! The business tycoon joined Simonetta to discuss all things luxury real estate, what it was like turning her business into a reality television series, and how her early life shaped the success of her career. Tune in!

Simonetta’s prominent profile on Instagram has earned her more than 13.5 million followers, and she continues to grow her following by demonstrating her commitment to making a difference in her adopted city of Philadelphia and all around the world.

Originally from the north of Italy, Simonetta modeled for Vogue Italia, Vanity Fair Italy and Cosmopolitan while building a career as a renowned fashion influencer and spokesperson. She’s been a contributor for Vanity Fair Italy, La Repubblica, and La Voce Di New York, Forbes, Entrepreneur and Huffington Post. Her Book, “Everything Is Possible: A Novel About the Power of Dreams,” is a testament to her unwavering commitment to empowering her peers and herself.

Thank you to the beautifully dedicated #SLTV team.