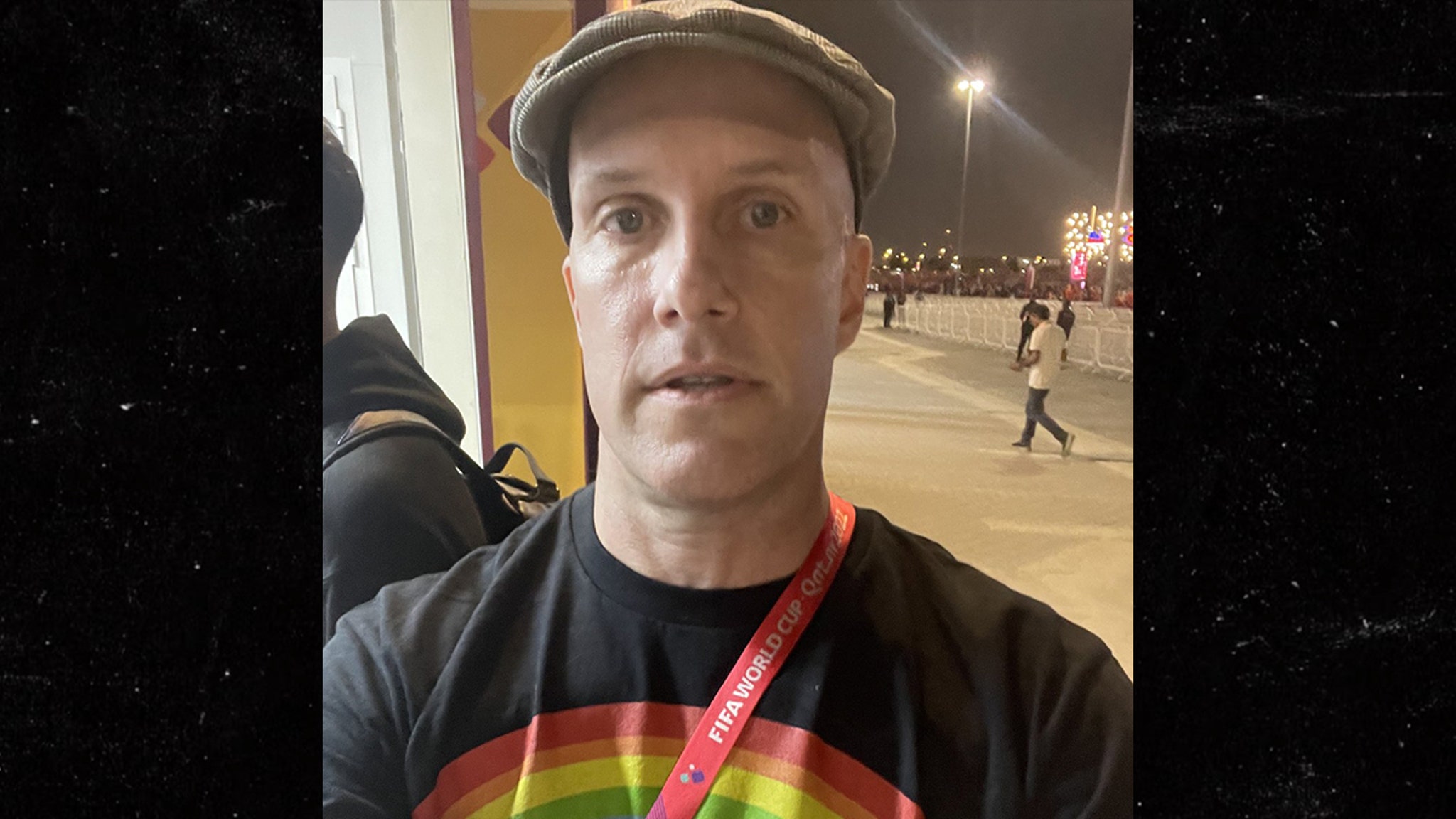 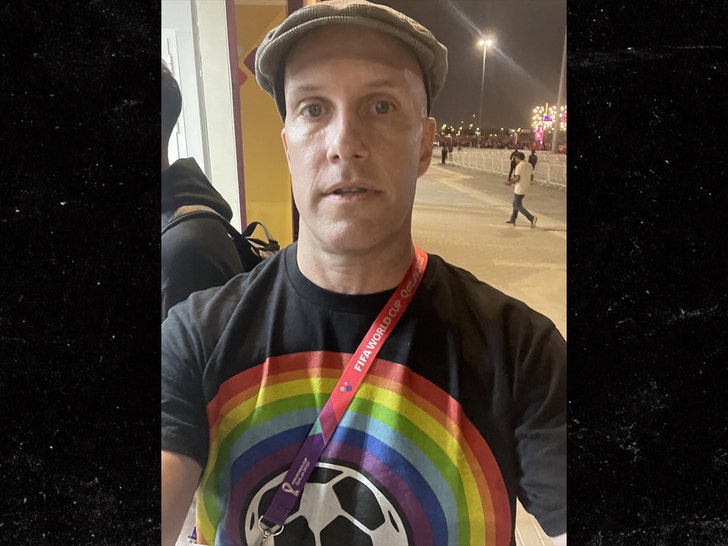 Soccer reporter Grant Wahl says World Cup security guards detained him for nearly half an hour on Monday morning … and it was all because of a rainbow shirt he was wearing.

Wahl showed up to Ahmed bin Ali Stadium in Qatar for the United States’ first tournament game against Wales — and in order to show his support for the LGBTQ+ community in a country where homosexuality is illegal, he wore a shirt with a soccer ball and a rainbow pattern.

Almost immediately after getting to the venue, though, Wahl says security stopped him over the tee — and demanded he removes it.

“You have to change your shirt,” he said one guard told him. “It’s not allowed.”

The 47-year-old says he refused — and sent out a quick tweet before he claims guards then took his phone and detained him for roughly 25 minutes.

“One security guard told me that my shirt was ‘political’ and not allowed,” Wahl said. “Another continually refused to give me back my phone. Another guard yelled at me as he stood above me — I was sitting on a chair by now — that I had to remove my shirt.”

Ultimately, Wahl says a security commander showed up and apologized, and let him into the stadium. Wahl says a rep for FIFA said sorry as well.

But we remain with the belief that football is for everyone and stand with our LGBTQ+ members of the Welsh football family.

The incident came just hours after several World Cup teams — including England, Belgium, Wales, the Netherlands, Switzerland, Denmark and Germany — announced they would not be wearing rainbow armbands as initially planned due to threats of punishment from FIFA.