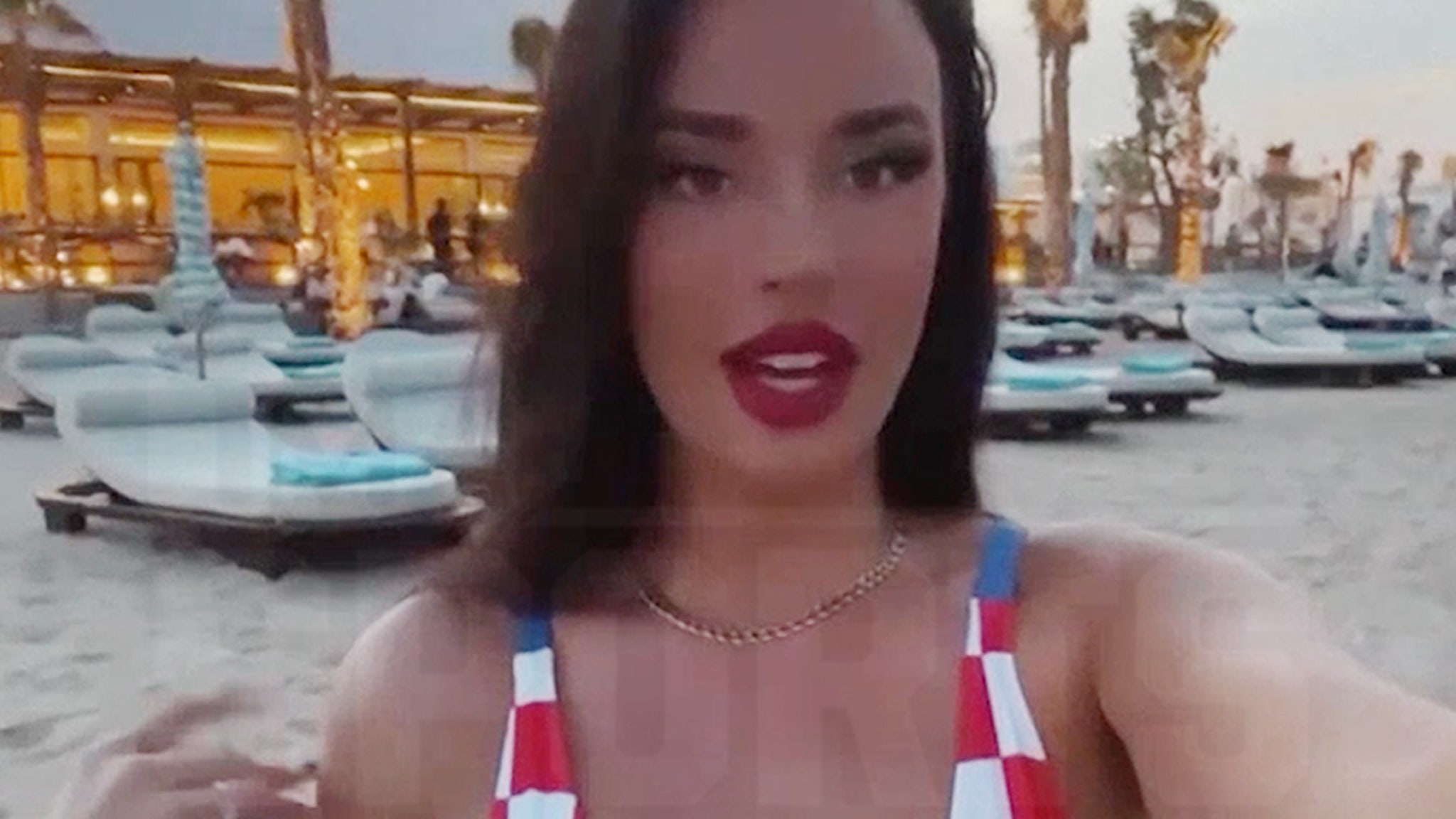 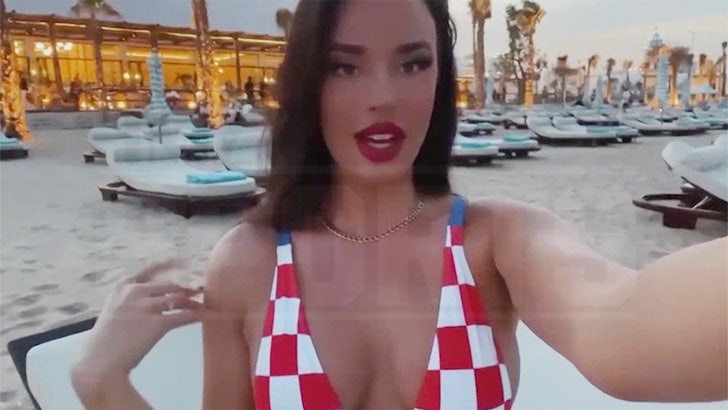 Model Ivana Knoll — known as the “World Cup’s Hottest Fan” — believes Qatar’s harsh clothing guidelines have been completely relaxed while hosting the soccer competition … telling TMZ Sports her attention-grabbing outfits have been a fan favorite with the locals.

Knoll has been sporting her own sexy custom wardrobe at the stadium throughout the opening stages of the tournament … leaving many to question whether she’d face punishment for showing too much skin. 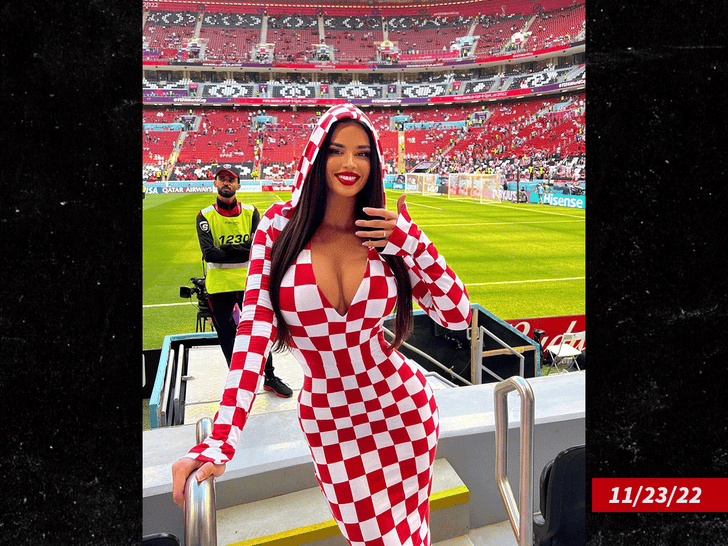 We spoke with Knoll about her fashion statements at the World Cup … and she says she meant no disrespect to the Qatari people with her designs. Instead, Knoll feels like everyone should have the decision to wear whatever fits within their own culture.

Qatar sees it completely differently, though … and the tourism site specifically states men and women visiting the area are “expected to show respect for local culture by avoiding excessively revealing clothing in public.” 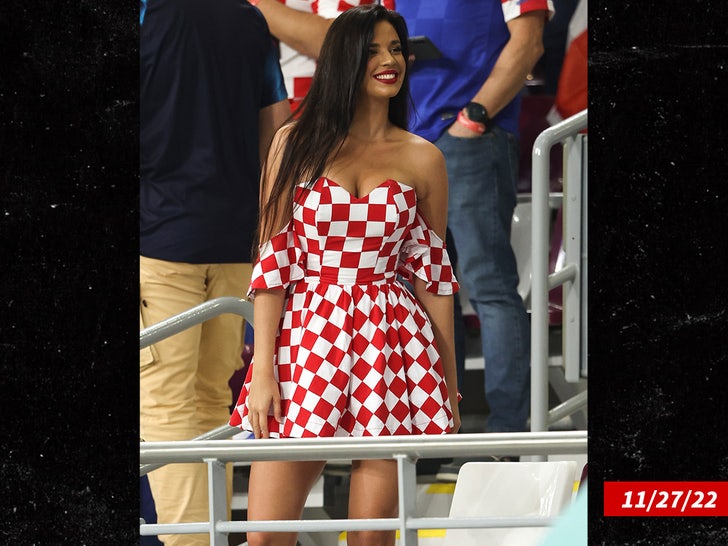 Taking that into consideration, the businesswoman says she first tested the waters by wearing a long dress with cleavage to Croatia’s first match on Nov. 23 … and after she made it through the whole contest without a hitch, she knew she’d be able to wear a more revealing outfit on Sunday.

Eventually, Knoll — who has more than 900k Instagram followers — felt comfortable enough to wear a bikini to the beach … and despite how popular her posts on social media became, she says she faced zero issues with authorities or the public eye. 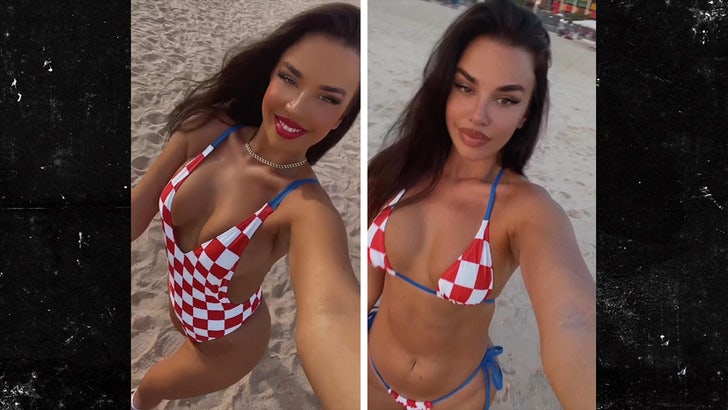 “The locals confirmed to me that I can wear whatever I want,” Knoll tells us. “But I didn’t know that my video in a bikini walking by the sea would be such a big deal. The whole country is speaking about it. Everybody knows me here, and I saw that I was accepted.”

Knoll explains she was not worried about any consequences with the country … adding, “I was never afraid to be arrested to be what I am, and I don’t think I can hurt someone wearing a bikini. And if that deserves to be arrested, then arrest me.” 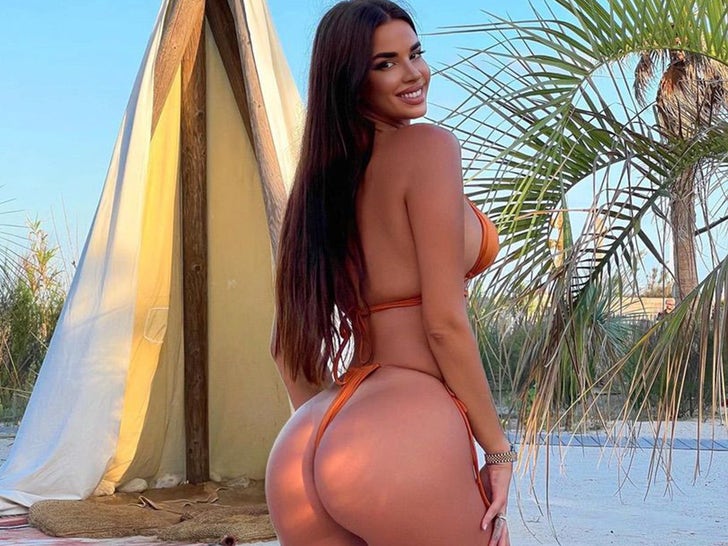 Knoll will be in attendance for Croatia’s matchup against Belgium on Thursday … and she says she has another special outfit planned for the big day.