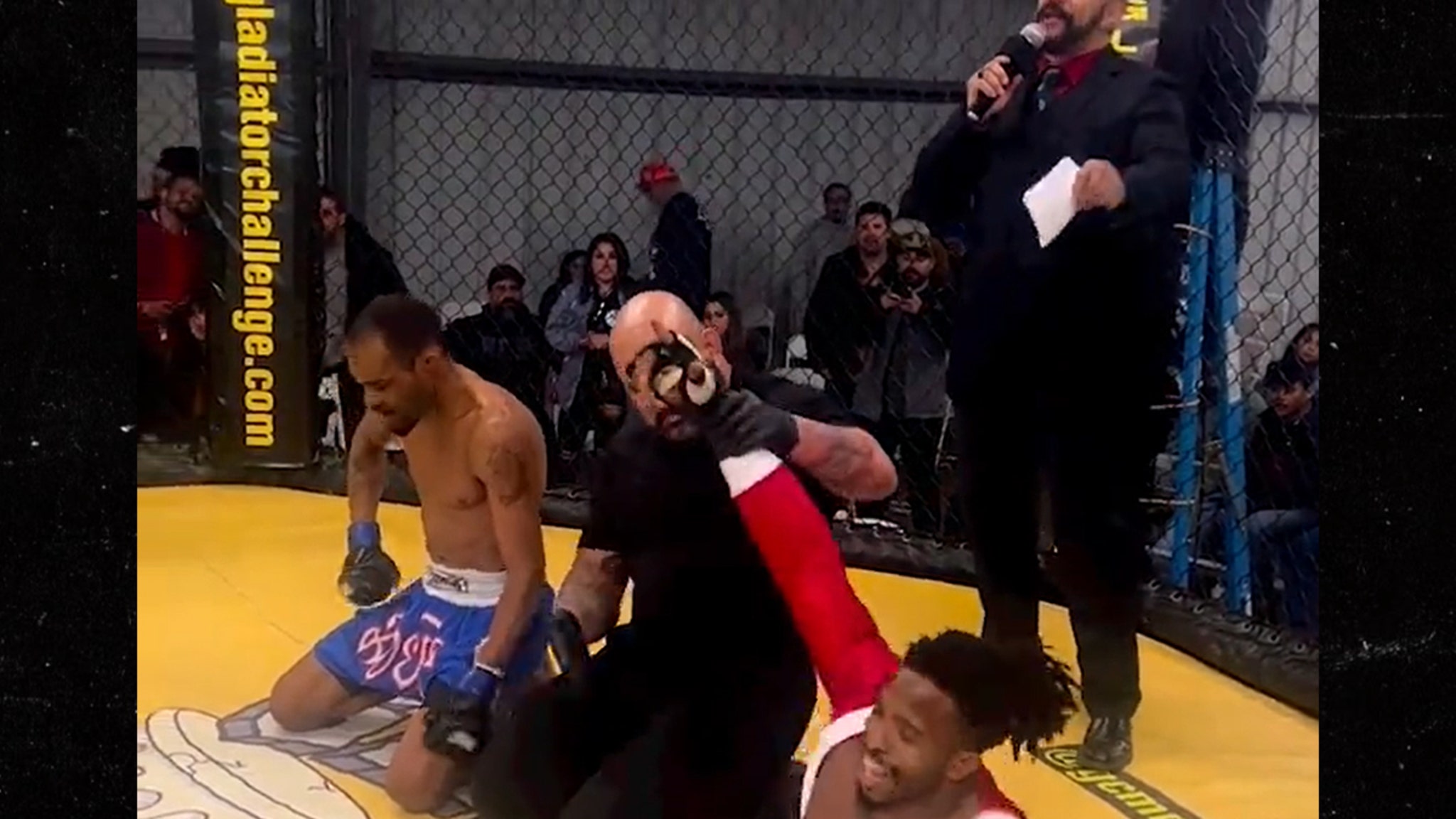 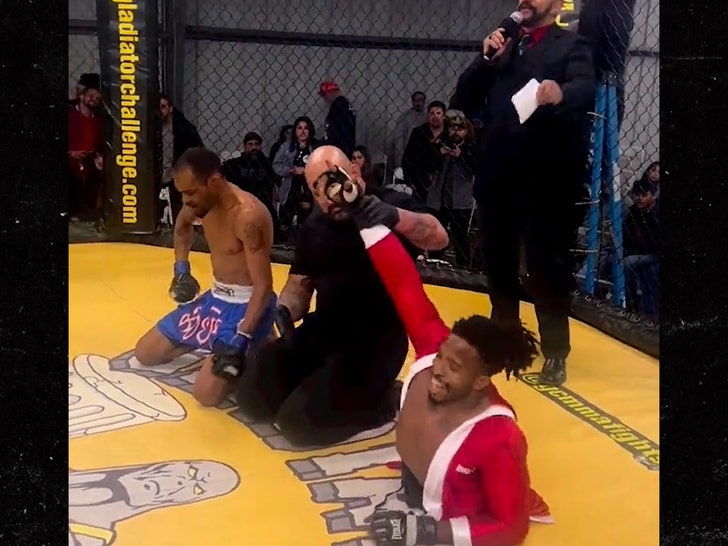 Zion Clark, the former all-American wrestler born without legs, tells TMZ Sports that Conor McGregor‘s praise after his MMA debut victory was a surreal feeling … while still trying to remain levelheaded because he knows there’s room for improvement.

“It’s a good feeling,” Clark said when he joined the “TMZ Sports” TV show (airs daily on FS1), adding … “I’m trying to stay humble about it because there’s a lot of work for me to do with my team and my coaches.” 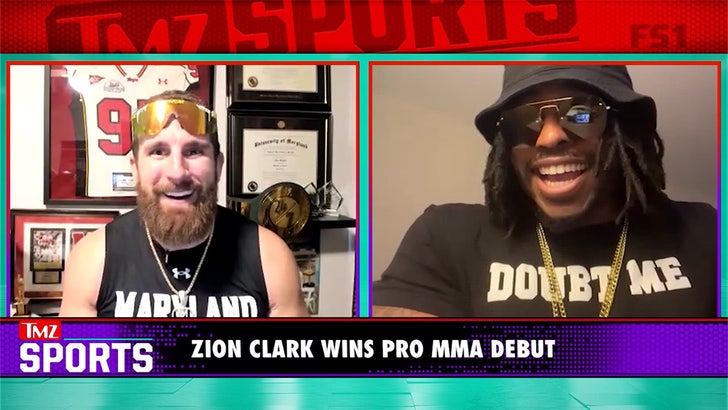 “But coming from Conor, it’s an honor to have his kudos and have his respect for the level of skill that I have and to have someone prove that this is legit. I’m really excited about it.”

It was after the fight that McGregor took to social media, writing … “Absolutely fascinating to hear about this man’s debut and now see it. Lighting entry on the low single. Wow! You should not connect to him in any shape or form. Frames only. Frame to strike. Fascinating! Congrats and so much respect to that man Zion Clark! MMA is the best sport!” 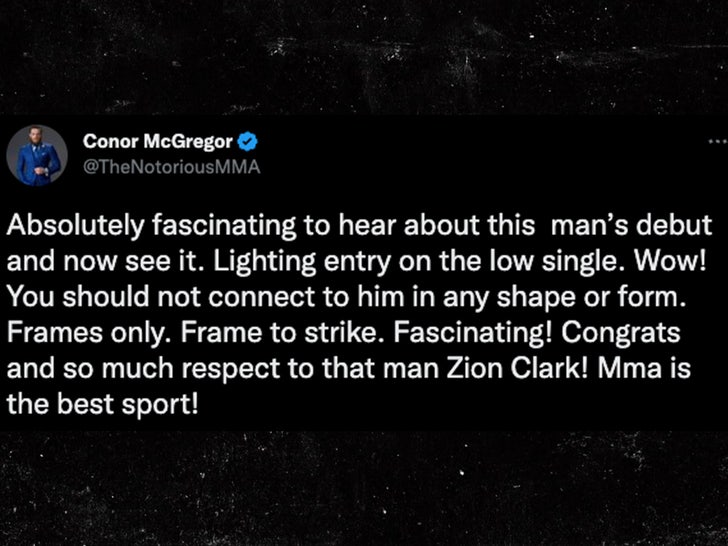 Clark’s truly one of the most inspiring people in the world. He was born with caudal regression syndrome, a birth disorder that impairs lower body growth. Despite whatever perceived disadvantages he’s faced, Zion’s accomplished so much.

And, his incredible work ethic is part of the reason why he’s been so successful … and that’s carrying over to MMA. Even though he won, Zion said … “I definitely have things I can work on.”

WHAT AN INCREDIBLE STORY

ZC also told us he’s forged a relationship with Mike Tyson … saying he recently got to meet “Uncle Mike” and “pick his brain.” In fact, Clark says the boxing outfit he wore into the cage for his MMA debut was made for him by Iron Mike.

“It really meant a lot to wear that going in,” Zion said, “because I was representing something bigger than myself.”

Clark, who was a wrestling star at Kent State, says he releasing a memoir on his incredible life (so far) in 2023 called “Work with What You Got,” which tells the story of Zion’s life, highlighting his amazing journey from being born without legs, to bouncing around from home to home in the foster system, to becoming one of the greatest and most impressive athletes in the world.