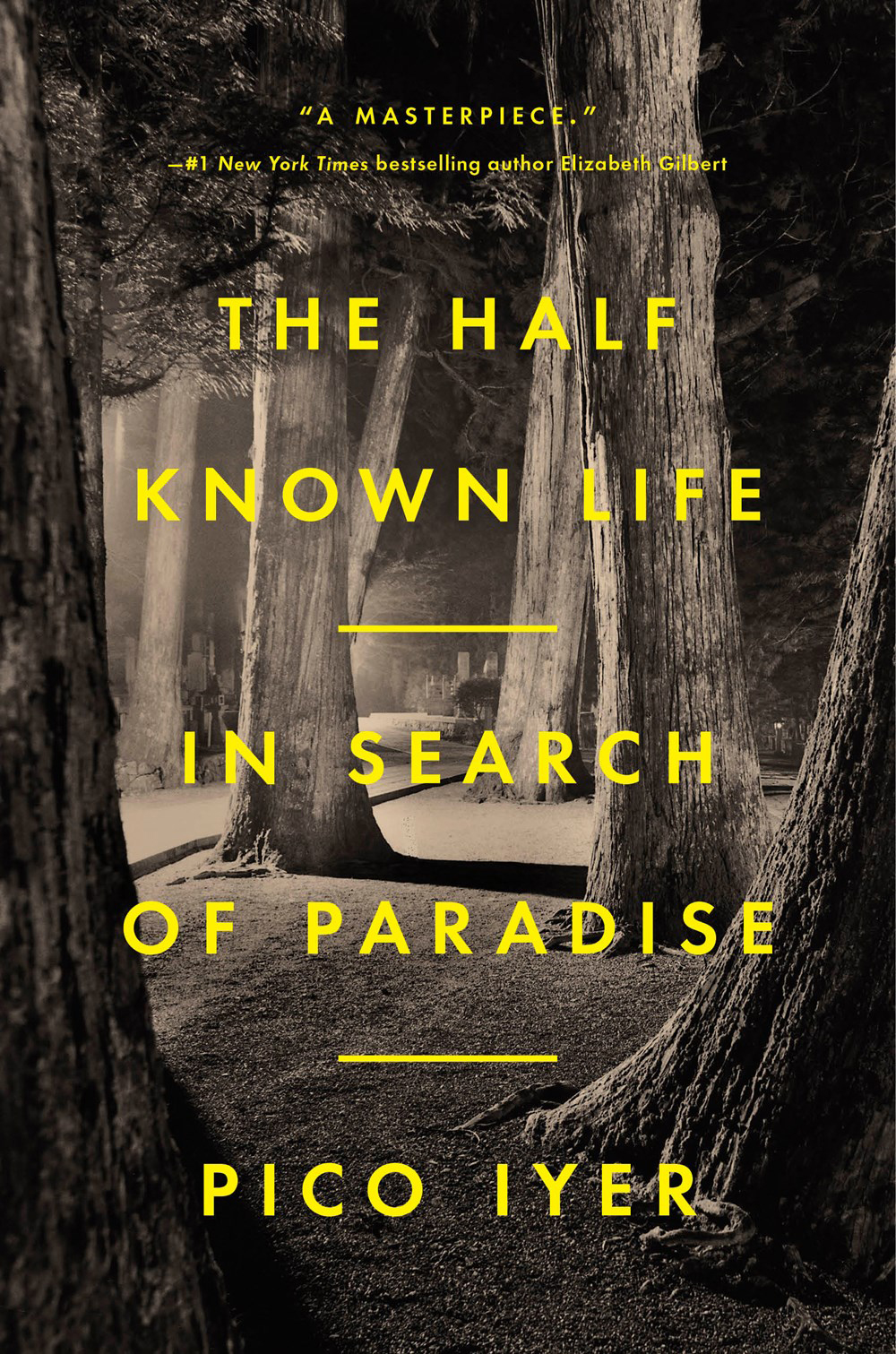 In many religious traditions, paradise names an otherworldly realm overflowing with lush greenery, luscious fruits, honeyed scents and cascading waterfalls. In others, paradise can be attained in this world, even in the midst of the clattering cacophony surrounding us. Bestselling travel writer Pico Iyer shares his own search for paradise in The Half Known Life, traversing the world’s vibrant religious traditions to uncover paradise’s contours, its purported locations and the role it plays in earthly conflicts.

With vivid imagery and sterling prose, Iyer documents his wanderings from town to temple. In Tehran, Iran, for example, he learned that Rumi counseled readers to find a heaven within themselves because paradise is not some idyllic place that transcends this world. Rumi’s poetry created a “paradise of words,” Iyer found, amid the unceasing strife of the country’s various Islamic branches. In the Kashmir region of India, which some claim was the location of the Garden of Eden, Iyer embraced a paradisiacal moment as he floated in a houseboat in the middle of a lake. In Sri Lanka, he visited Adam’s Peak, a forest outcropping that Buddhists, Christians and Hindus all claim as sacred ground. In Jerusalem, Israel, he wondered where a “nonaffiliated soul” could find sanctuary and “make peace among all the competing chants.” He tried his luck at the Church of the Holy Sepulchre, “a riot of views of paradise overlapping at crooked angles till one was left with the sorrow of six different Christian orders sharing the same space, and lashing out at one another with brooms.” At the end of his quest, Iyer woke to a “thick pall of mist” in Varanasi, India. It was so difficult to see through that it “made every figure look even more like a visitor from another world.” Observing them, he writes, “it was easy to believe we were all caught up in the same spell, creatures in some celestial dream, ferried silently across the river and back again.”

Part travelogue, part theological meditation and part memoir, The Half Known Life shimmers with wisdom gleaned from exploring the nooks and crannies of the human soul and the world’s urban and rural, secular and religious, landscapes.