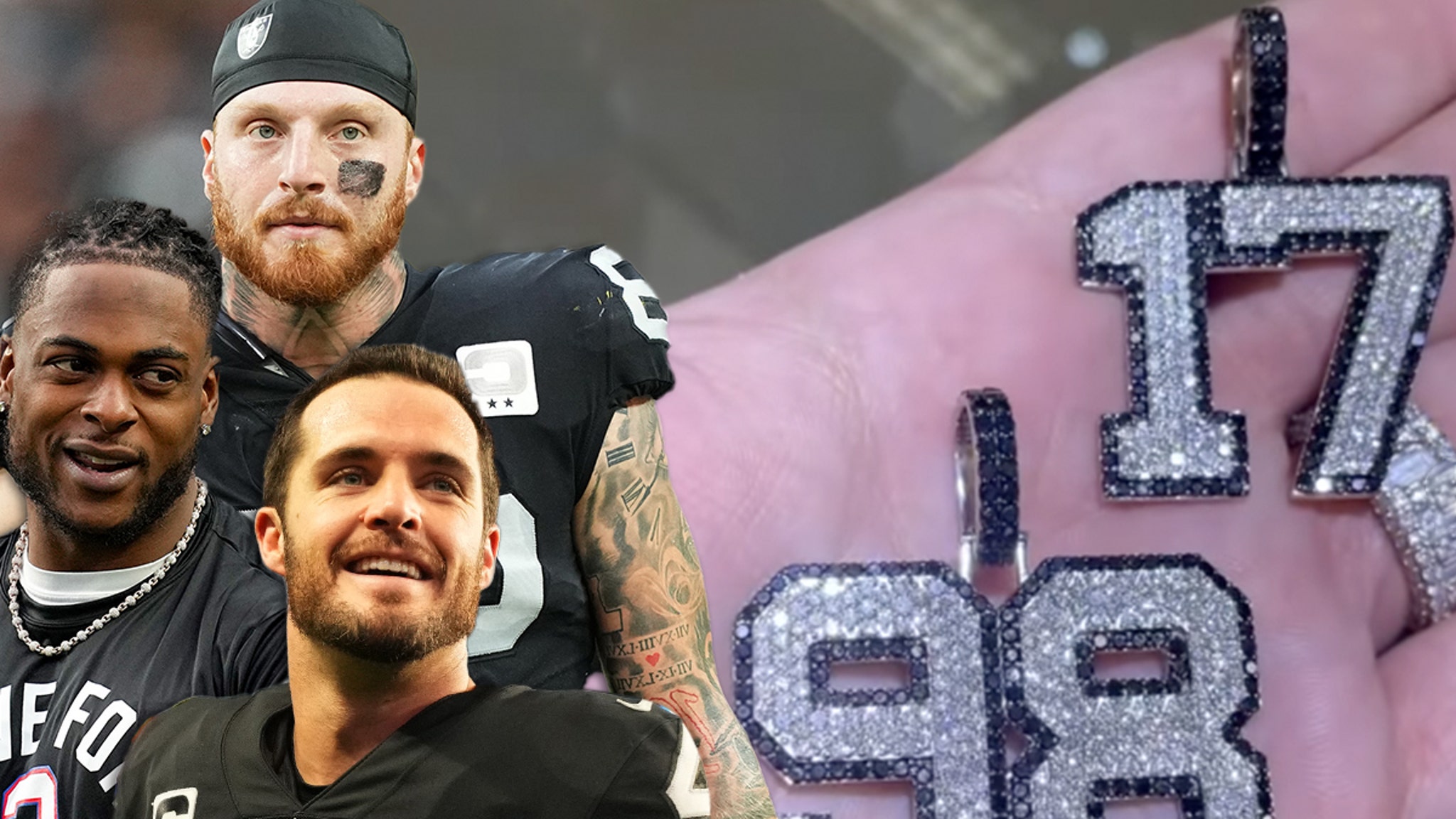 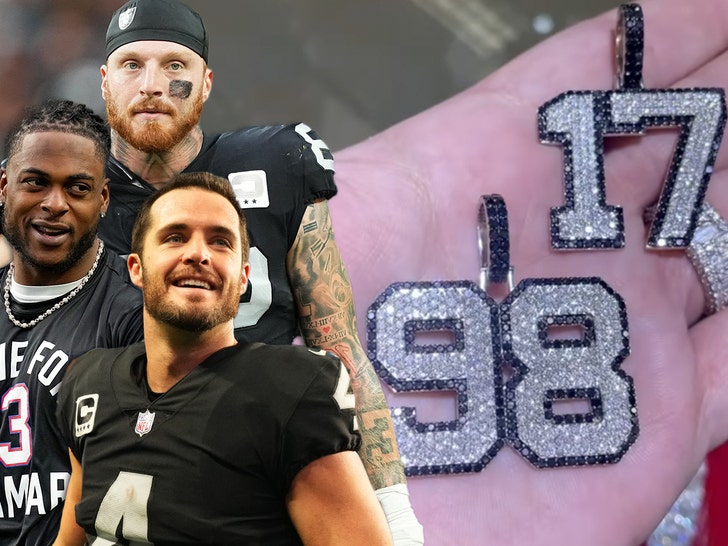 Derek Carr‘s days as a Raider may be numbered, but the guy was certainly a great teammate in Vegas … ’cause the quarterback had custom diamond pendants made for Davante Adams and Maxx Crosby!!

TMZ Sports has learned, 31-year-old Carr wanted to show his appreciation for his guys … so he asked Al The Jeweler from Labelle Jewelry in Totowa, NJ to come up with something extra special. 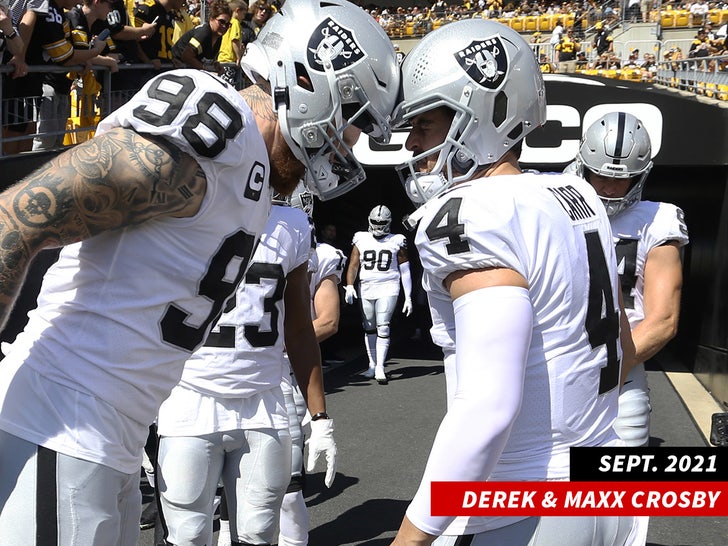 Al whipped together a pair of awesome pieces for Adams and Crosby — black and white diamond pendants featuring their respective jersey numbers.

Of course, Carr and Adams go way back to their days at Fresno State … and their friendship has continued throughout their pro careers. 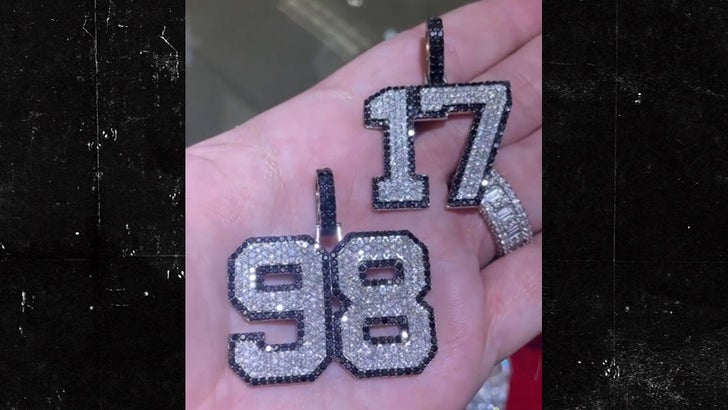 Carr and Crosby have been teammates for four seasons … and the two captains formed a tight bond during their time with the Raiders.

As we previously reported, Carr penned a goodbye message to Raider Nation earlier Thursday … seemingly bringing his 9 years in Silver and Black to an end. 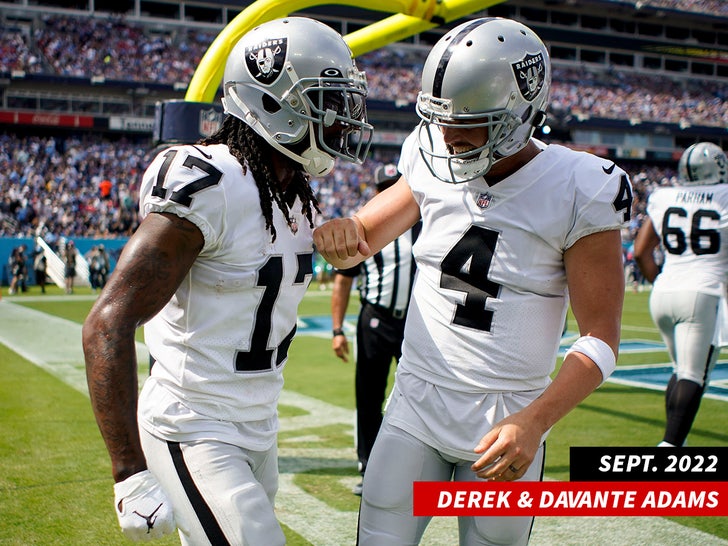 They might not be teammates moving forward, but as they say … diamonds are forever!!