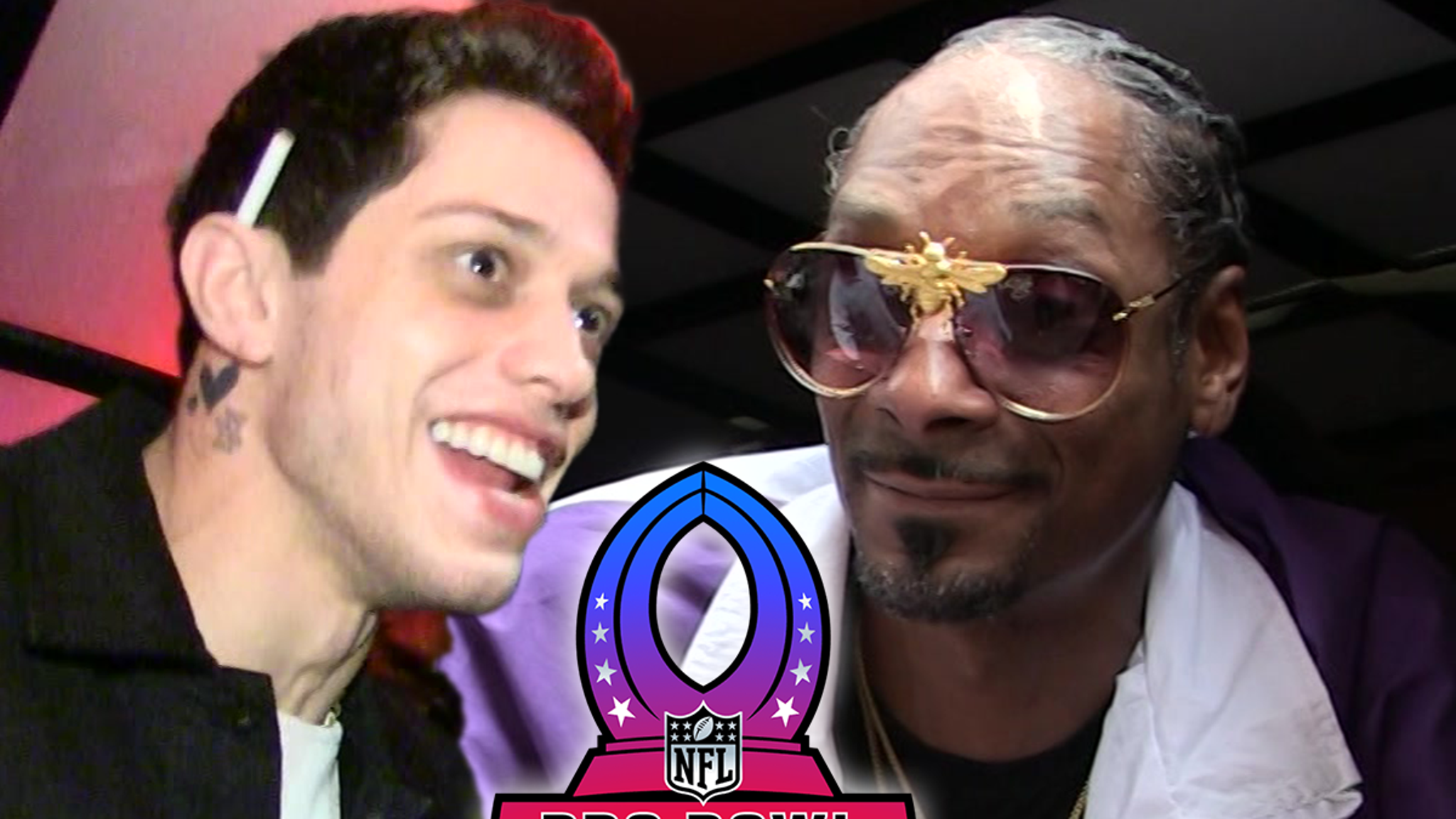 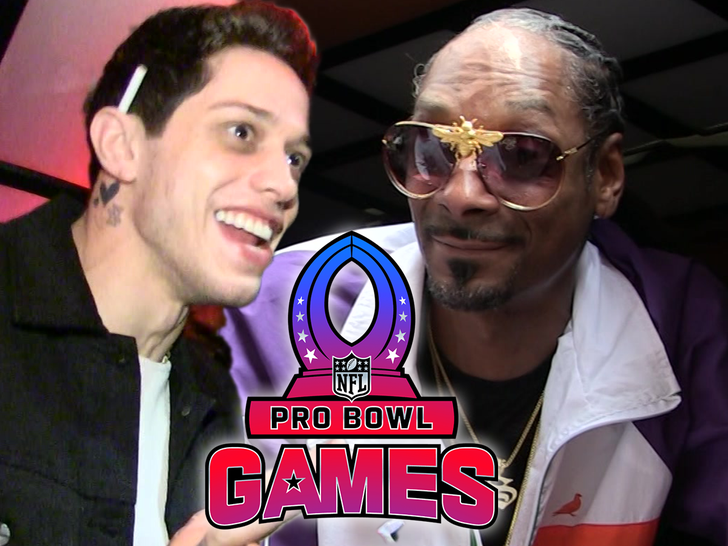 The NFL Pro Bowl captains have been announced … but they’re not superstar athletes like Aaron Rodgers and Patrick Mahomes — it’s Pete Davidson and Snoop Dogg!!

TMZ Sports has confirmed … the “Saturday Night Live” alum and rap legend will be going head-to-head when the festivities go down next month near Las Vegas … with Pete representing the NFC, and Snoop leading the AFC. 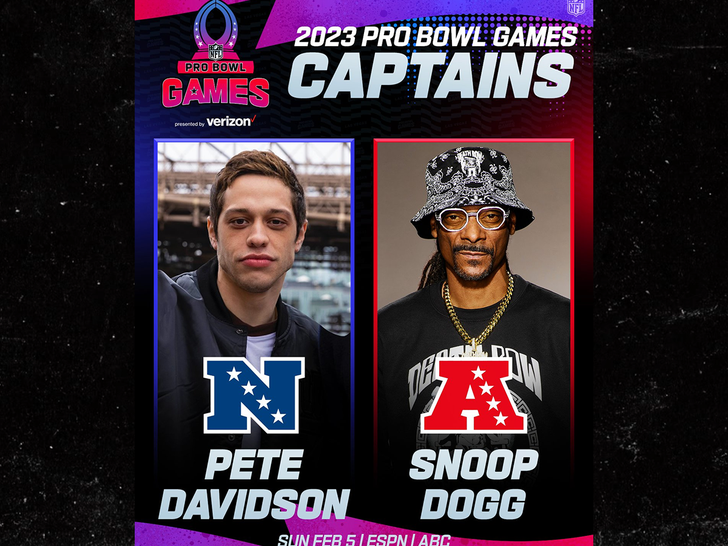 It’s unclear what exactly their roles will be … but we’re assuming they’ll be working alongside Peyton and Eli Manning, who were named the coaches for each conference.

Of course, Eli and Pete (a massive Giants fan) have built a tight friendship recently — they even share a joint Instagram account — so we take it their chemistry will certainly be a plus when the competition goes down.

As for Snoop, he’s always had ties to the sport … and he even has his own youth football league. On top of that, he gave a helluva performance at Super Bowl LVI last year.

Snoop spoke about his captaincy in a statement to People … saying, “I’m comin’ back to the NFL field, but this time, instead of performing, I’m going head-to-head with Pete and competing for the title of The Pro Bowl Games Champion.”

“The competition is going to go off, but we all know that Peyton and our AFC squad are gonna do some big things. We’ll end up on that podium.”

Davidson kept it short and sweet … adding, “I’m doing this to impress my Uncle Mike.”

The game will look completely different this year … as it’ll be a non-contact flag football contest.