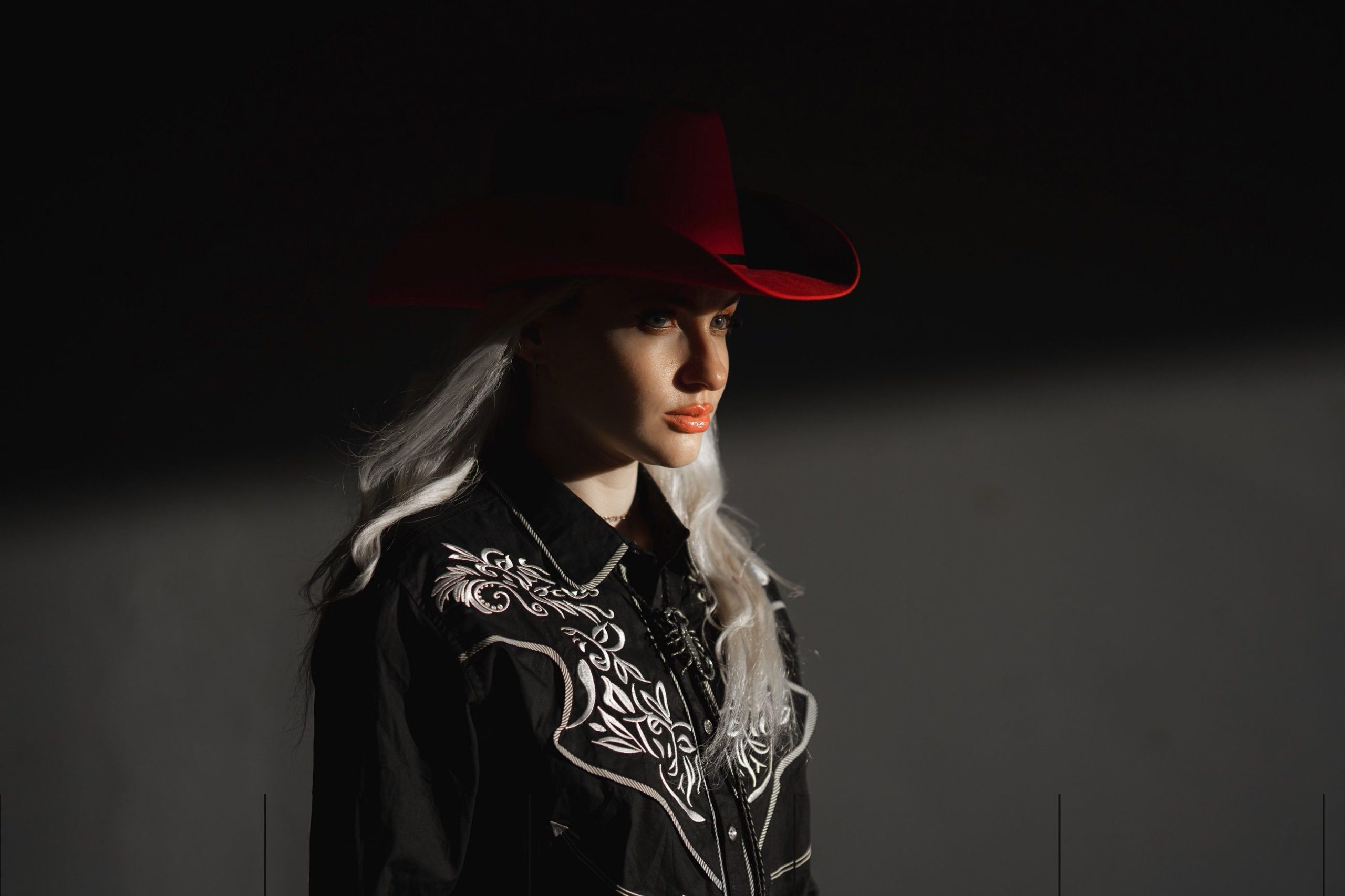 With influences that range from Nine Inch Nails to Dolly Parton, and a touch of Lana Del Rey thrown in for good measure – genre bending Outlaw Pop artist DEVORA has released a new EP “God Is Dead” via Tiger Tone Records / [PIAS].

The EP contains four songs, with previously unreleased track “Bonesaw” leading the way. DEVORA says of the ominously enchanting track: “Bonesaw” is about a night in a motel room gone wrong, in a dark direction. It’s a voyeuristic impression of the lines between romance and impulse being heavily blurred. The song opens with seemingly illusive pretty snapshots of an all-American day dream, but progressively turns morose and ends with a bonesaw left in the motel room sink. I used to read a lot of medical textbooks as a hobby and one of the surgical tools from the civil war era, the bonesaw, always intrigued me. I have a couple of vintage ones at home”. The music video was directed by Felicity Jayn Heath.

She continues: “A lot of my songs take place in motel rooms. There’s something really macabre and eerily temporary about a motel room where, for essentially 24 hours, you can be whoever you want to be in that room sealed and removed from the outside world… It’s like your own revolving set. What happens in that room stays in that room. A lot of serial killers have set up shop in motel rooms and I know I’ve definitely walked into some gnarly motel rooms where I’ve gotten hit with this feeling – like getting punched in the gut, where I’ve started to put the pieces together that something really messed up must have happened in this room… “Bonesaw” is all of the above”.

The EP, produced by Alex Aldi (Passion Pit, Holy Ghost!) and Cass Dillon (Goo Goo Dolls, Grey Daze) and mixed by Tony Hoffer (M83, Beck), is a collection of stories Inspired by true events that paint a picture of a modern Wild West culture. The songs are a haunting ode to the dark side of the American Dream. Gone are the days of the white-picket fences and beauty pageant queens; they’ve left long ago and made way for a new form of cultural anarchy, non-conformist beliefs and a generation of outlaws like DEVORA.

DEVORA’s debut EP, Outlaw, celebrated life in the fast lane, offering an inner glimpse into a mad world of exile and rebellion, love and lawlessness. It was her first installment of a fierce collective of stories and art that illustrate a perfect portrait of her dark wild west. The EP saw support at radio, peaking top five on the SubModern Commercial Specialty Charts, and press write-ups at places like AltPress, INKED, and Earmilk. DEVORA has amassed more than 3 million cumulative audio streams of her music to date. She has been honing her live show chops with solo dates in the Southern California area, along with direct support dates with The Warning on a national tour in the spring of 2022.

Tiger Tone Records was welcomed into the [PIAS] family in late 2020 and puts them among the company of revered indie labels such as Transgressive, Heavenly Recordings and Bella Union. Tony Hoffer is celebrated for an illustrious career spanning decades working with distinguished artists such as M83, Phoenix, Beck, The Kooks, The Snuts  and many more.