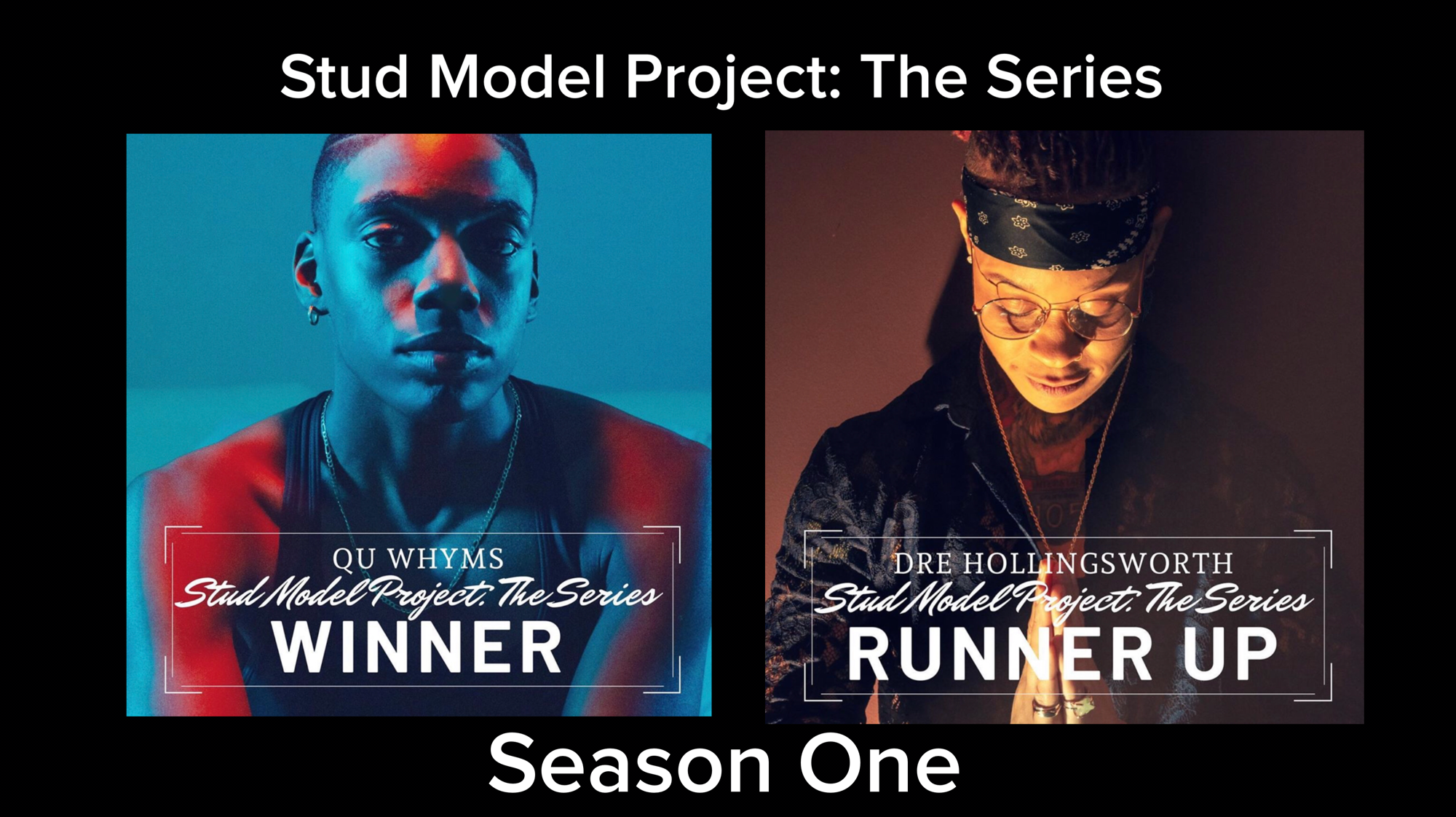 Season One of the SVTV Network’s hit television show “Stud Model Project: The Series” has come to a climactic end, and the winner is Qu Whyms! Qu Whyms will be gracing the cover of the next cover of the Stud Model Project Book, and runner up deaf contestant Dre Hollingsworth was awarded the back cover of the next volume. Fans of this incredible series congratulate these two superstars and the world is eagerly anticipating what comes next for these amazing winners.

You can catch the entire journey of the series in its entirety by subscribing to the SVTV Network where it’s Our Lives, Our Stories, Our Way, on One Network www.svtvnetwork.com

“Stud Model Project: The Series” disrupts the labels and gender norms within the LGBTQ community. The mission of the series was to break barriers, and deconstruct the labels placed on the dominants within the LGBTQ community. Not only were  you able to watch some of the sexiest stud models from around the country wearing the hottest fashions, as part of this groundbreaking reality show the cast of incredible models  shared stories and reflected on their identities. A competition with self-reflection, advocacy, table talk and camaraderie, bringing meaningful moments that educated and inspired viewers in it’s popular first season.

Season One of “Stud Model Project: The Series” is now streaming on the SVTV Network, both on the web and on your television through Roku, Apple TV, Google Chromecast and Amazon Fire TV . Subscribe to The SVTV Network by visiting https://www.svtvnetwork.com and have access to a ground breaking television network featuring LGBTQ series, movies, documentaries, music, podcasts, news and more for only $5.99 a month.

Victor Cruz Rips NFL’s 17-Game-Season Proposal, ‘We Got Enough!’
Kyle Long Gunning To Be NFL Commentator, Like Romo For ‘Simpletons!’
Kylie Jenner and Hailey Bieber Were All Business on Valentine’s Day
The 10 Best HAMLET Retellings, Ranked
Desiigner Falls Off Stage into James Harden