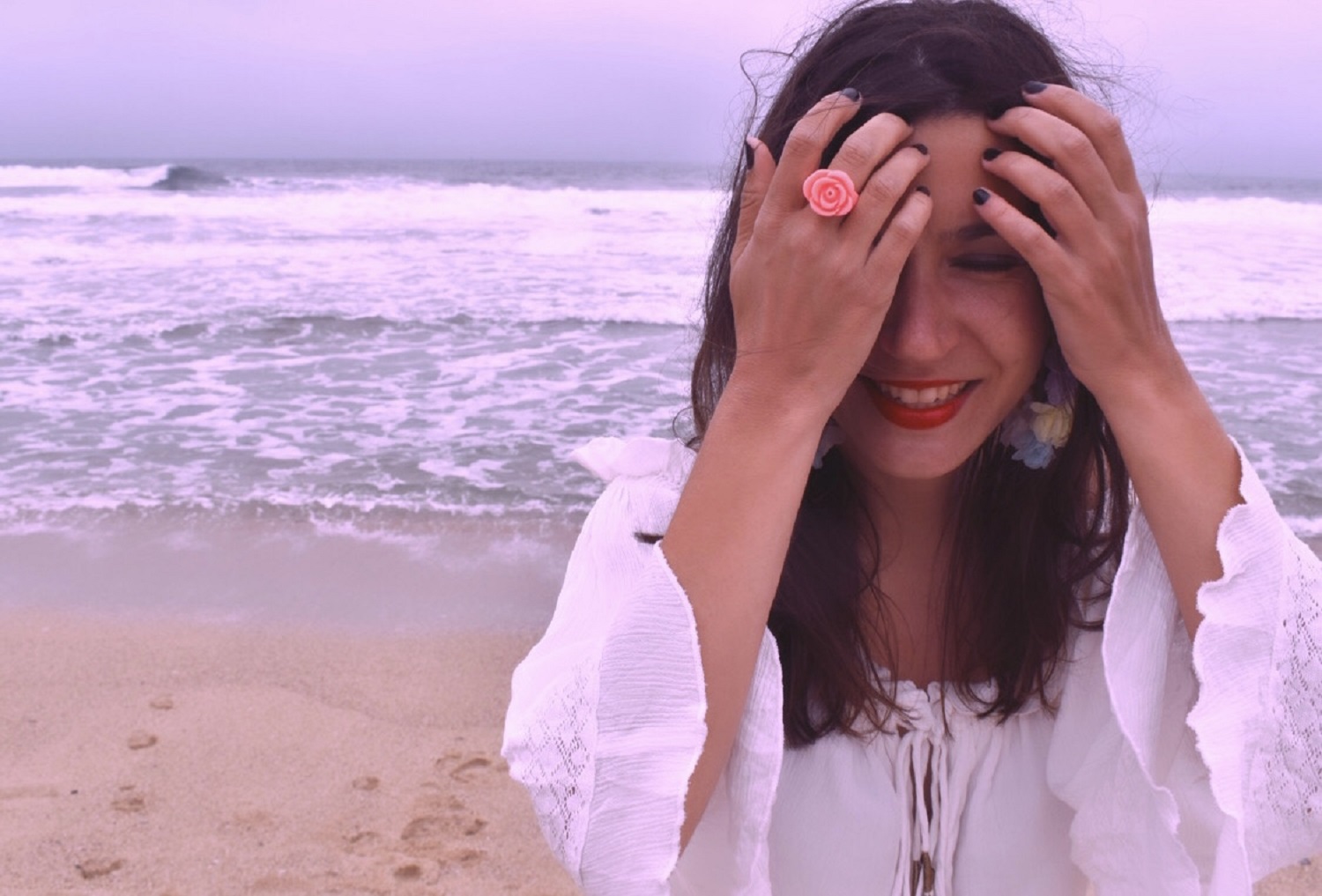 Is there any better well to draw from for artistic expression than spite? I’m not being facetious, of all the emotions I find most entertaining to see recontextualized in art, it’s spiteful expression. It’s even better when the one expressing it is right. Chesca (sometimes known as Chesca Musica) started off as a Spanish teacher with degrees in Spanish and Teaching, and in a way, she’s taken all of those things and easily applied it to her music. Breaking through any sort of boundary in the name of expression, she plays with genre, language and is always evolving. She’s never someone you could refer to as being static and any time spent sifting through her discography will back this thought up.

On her single “Crocodile Tears” leading up to her upcoming July release Feel the Breeze, she crafts a story about the stories we tell ourselves and how maybe we need them in order to keep our own heads on straight. “When I started writing music, I immediately felt better, like I was on a path towards physical, emotional, and spiritual healing”, Chesca says and you can almost feel that oozing out of this song’s pores. It’s kind of a mood piece bop as opposed to an overly complex lyrically dense track, and that’s not a bad thing. Sometimes, less is more and she has a great view of that. The lyrics are minimal but pointed, my favorite being “Knock, knock you’ll be at my door in May” and just that utter certainty that’s in her voice.

Often times with songs like this, I’m kind of skeptical. You know how Taylor Swift was the target of much criticism of her having thin skin and her rebuttal was a bombastic album about how she doesn’t, but that totally fed into the criticisms sent at her in the first place? When Chesca says “Just don’t bring me back them crocodile tears, get that fake shit out of here”, I believe that it comes from her chest. It’s almost intimidating in ways the way she has such a clear command of her emotions.

There’s no fragility, and there’s literally no internal thoughts of doubt or “maybe I’m wrong and he’ll get it together”, but it’s not dismissive enough to be a “fxxx you” song. It’s more subtle than either of those and yet the beat and the backing track is so thumping and full of energy, it feels like it’s just primed and ready to be used in a movie or a TV show after a defining breakup scene. Chesca has always had a cinematic view of her music. It sounds wide and layered and that’s part of what makes it so engrossing. I think we need more songs like this, something that takes a defiant almost punk attitude but applies it to the sounds of electronic and I’d sincerely love to hear her take on the burgeoning hyper pop genre. “I hate your crocodile tears” she sings, but I can’t get enough of these.