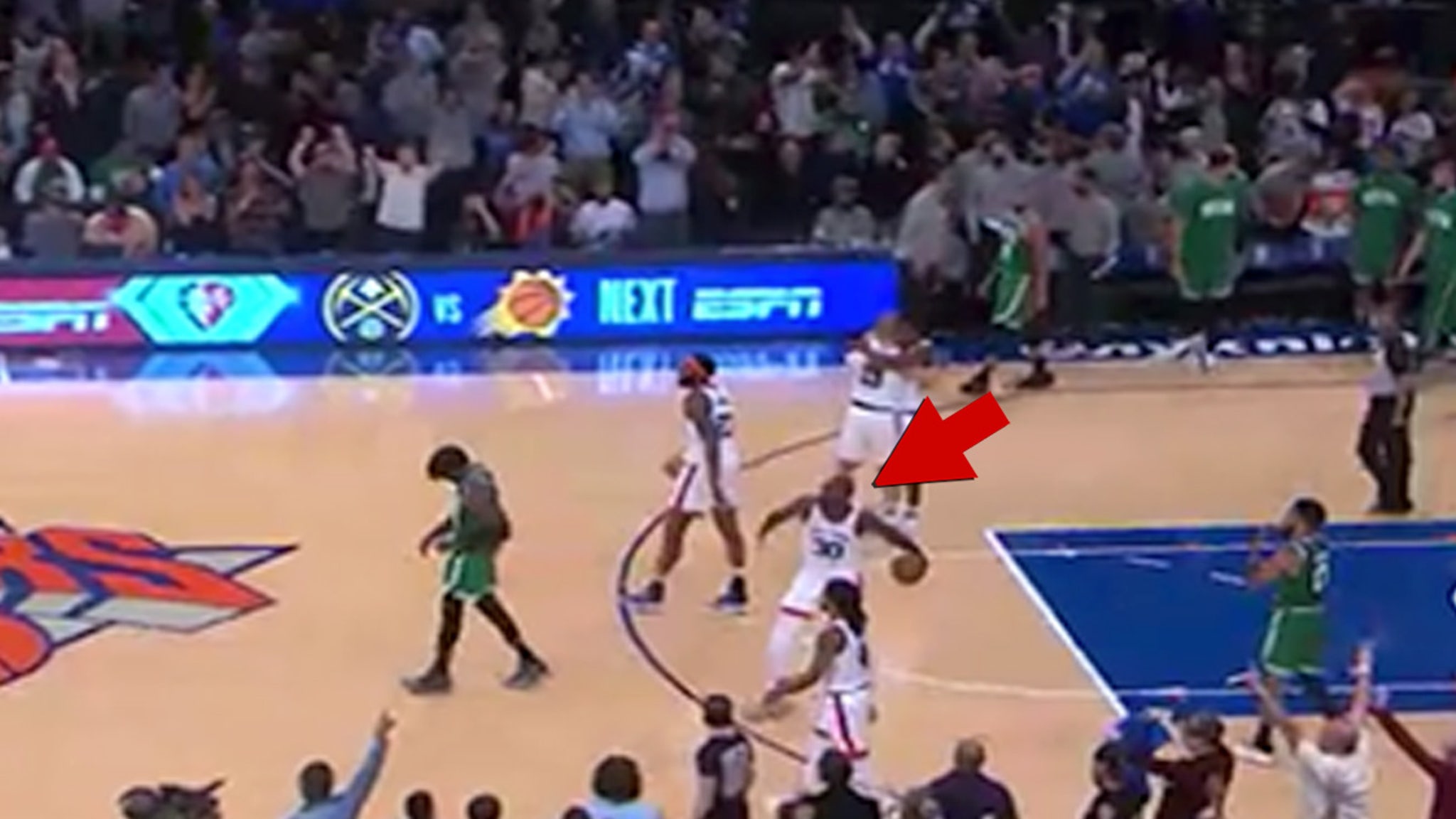 Knicks star Julius Randle was just slapped with a $15K fine for tossing the basketball into the stands, in celebration, after NY downed the rivals Boston Celtics in a double-OT thriller.

The game went down Wednesday night at Madison Square Garden … and Randle played out of his mind, dropping 35 points, 8 rebounds, and 9 assists.

As the clock wound down on the nail-biter of a game, Randle tossed the ball from one end of the court, high into the air, and into the stands past the opposing basket.

Unfortunately, the NBA wasn’t in the mood to celebrate … and they hit Julius with a $15K fine.